Supporting students in the arts 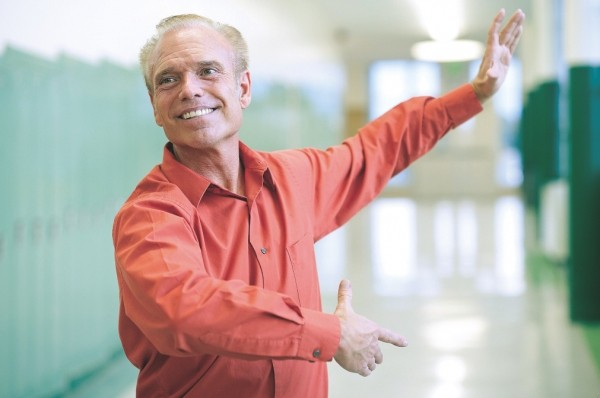 Paul Winkelman was the assistant choreographer for the opening and closing ceremonies of the Olympics in both Salt Lake City and Athens, Ga., field directed the 2009 Super Bowl halftime show and was the assistant choreographer for High School Musical 3. These days, he prefers to spend his time around (non-Disney) teens as a school counselor, but that hasn’t stopped him from leaving his name all over the arts in Utah. His latest project was directing a cast of hundreds in The Wiz at Hillcrest High School.

How did you get involved in the arts?
A lot of it had to do with the community in which we live. Within my own home, the arts were really, really stressed. I’d come home from elementary school, and my mom would have the record player going, and all of a sudden we’d have a cane and a hat out and we’d be dancing around the living room. That was a catalyst that made me love music and theater and dance ... we did it as a family. All through high school, I was involved in singing, and theater especially. So, I went from there to BYU, and I realized then that dance was something that I was very interested in. I took a beginning class, which was the little social-dance class, and it came very natural to me. That next semester, I tried out for the company. They saw this guy out there who smiled and could perform, and they went, “He dances fine, he performs excellently, let’s put him on the tour team.”

Why did you go into counseling?

Part of it had to do with when I was at Alta High School. My average day was between 16 and 20 hours, so I’d only ever get a few hours of sleep. I did the ballroom company, the stage crew, every assembly that happened, every concert and I directed my own shows. I was either in rehearsal or a performance every single day, two weeks prior to school starting to at least a month after school ended. And that included holidays. I realized that my health was starting to falter, and also that the burnout was coming. I had always loved counseling, because I was doing that with my students anyway, so I got my degree and began at Brighton High School and then here at Hillcrest. But I’ve always stayed very involved in the arts because I can’t let go of it.

Who do you work with besides high school kids?
Recently, being the director of the company, I just came off of a tour in which the Utah Valley University ballroom dance company was the United States representatives to the International Folk Art Festival in China. We spent two weeks there and we got to work and perform with all those other countries. We were televised in the opening ceremonies for 1.3 billion people, and there were 40,000 people in the audience.

Why do you think that the arts are important for young people?
Kids in the arts have to have goals, and they have to live a certain way, because of requirements that high schools and professional groups have as far as what you can or cannot do when you’re on their sports teams or performing companies. I really love kids and everything that kids do, and I believe that the arts or sports or anything that you’re involved in is a way of keeping kids off the street and keeping them grounded.