Christopher Nemelka to Confront His Critics

The controversial translator of the Book of Mormon's sealed portion plans to share his side. 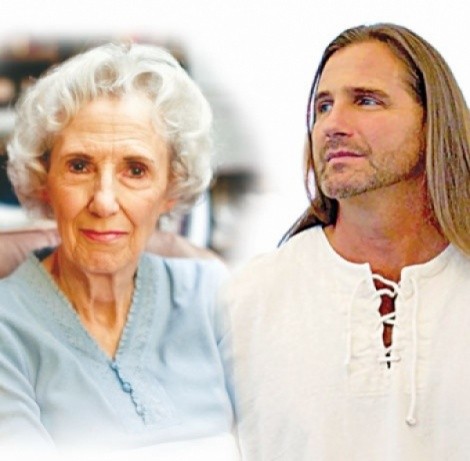 Christopher Nemelka is worried. He says the Jan. 27 City Weekly story “Sealed Fate,” which described the conversion of former LDS Church leading light 79-year-old Ida Smith to Nemelka’s supposed translation of the sealed portion of the Book of Mormon, has “greatly enraged many people” about him and his work.

Nemelka approached City Weekly via e-mail in the fall of 2010 asking that we write about the impact on Smith’s life after she left The Church of Jesus Christ of Latter-day Saints for Nemelka’s translation. He wasn’t happy with the resulting article, which, he says, presented Smith, the great-great granddaughter of Hyrum Smith, as “a deceived, insane, delusional woman,” and him as “a charismatic charlatan.” Now, he draws a comparison between his situation and that of Joseph and Hyrum Smith, who he says were “murdered in cold blood” by a mob after “articles were written about Joseph that presented him in a light contrary to who he really was.” In response to the article, he talks of receiving death threats in e-mails, then backtracks, describing them as “tacit threats.”

So, to present his side of the story, Nemelka has booked the Salt Lake City Main Library’s auditorium on Saturday, March 19, from 10 a.m. to 4 p.m. Nemelka suspects that few people, other than those who follow his work, will attend. But he will be there regardless, to counter both what was published in City Weekly and to present himself and Ida Smith “as we really are.” His leading critics, he says, “know person-to-person they don’t stand a chance,” against him. Each critic will have the opportunity to ask Nemelka one question, allowing the translator, according to a flier promoting the event, to “in like fairness, [an] opportunity to respond to each point.”

Postings by critics of Nemelka have been plentiful on the Website ChrisNemelka.com, which appeared shortly before “Sealed Fate” went to press. The Website, which describes Nemelka as a “very public personality who by his own desire and actions seeks public attention,” is dedicated to exposing Nemelka’s “claim to special status, his religious teachings, motives and methods.” The site has become a springboard for critics of Nemelka to sound off on both Nemelka’s controversial past and his work as the sole representative for advanced beings on this planet, with whom he communicates via an intergalactic cell phone. Among those beings he speaks to is Joseph Smith, with whom he claims to be writing the founder of the LDS Church’s “authorized” autobiography.

Whether Nemelka’s critics will take his bait and attend his symposium on March 19 is unclear. One person who says he will go is soft-spoken carpenter Chris Hansen. Nemelka claims Hansen is the creator of ChrisNemelka.com and says he’s suing “to get that site taken down.”

Hansen denies any involvement in the Website, although he does post there regularly, along with former Nemelka follower, Idaho farmer Harry Dschaak. But Hansen’s blue eyes harden as he talks about the man he has labeled online as “the anti-Christ of the LDS Church.” After Nemelka rebuffed Hansen when he tried to meet with him in March 2009 to discuss his claims of having translated the sealed portion, Hansen became one of his most dedicated critics. Hansen highlights the contrast between the Book of Mormon and the sealed portion’s highly critical attitude of the LDS Church. Why, he asks, “would you have one book to get it started, then one book to tear it down?”

All Hansen wants to do, he says, is turn people away from embracing Nemelka’s sealed portion. He’s paid a price, though. A formerly active LDS Church member, “the more I looked into Nemelka, the more tarnished I felt.” Now, though he still believes in the LDS Church, come Sundays, he’d rather spend time with his young daughters “than go listen to someone preach.”

Hansen argues that Nemelka isn’t interested in tackling criticism but rather talks in circles “that just don’t make any sense.” All Hansen can do, he says, “is look for points to nail him with a little tighter to the cross and put him back up in the air, until he wiggles off again.”

Nemelka promises to go through the two City Weekly cover stories that have focused on him and “explain why I don’t think [they are] a fair reflection of the truth.” He says he will also “tackle why Ida Smith turned over her estate to me.” All he wants, he says, momentarily switching to the third person, is that his critics “have the integrity to confront a person one might hate or disparage in some way,” and allow Nemelka “to explain what I’m doing. And allow them the opportunity to know the truth.”