Cinema | Got to Be Real: Dan in Real Life finds authenticity beyond its wacky movie ironies. 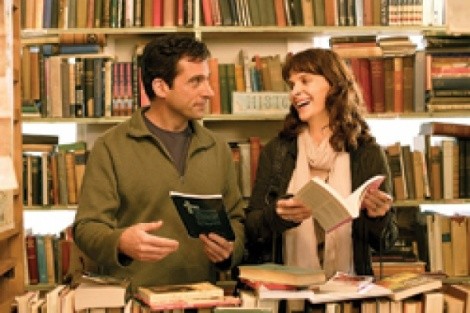 You know what would be fascinating? A movie in which a character who dispenses advice for a living—like a therapist, a member of the clergy, or, in the case of Dan in Real Life, an advice columnist—isn’t a complete basket case of a physician who can’t heal thyself.n

Hollywood has generated a bountiful cornucopia of clichés; the newly released Reservation Road offers another, the Magic Newscast, in which any radio or television turned on after a crucial event will immediately present details of that same event. But, seriously, is there anyone who finds it blisteringly ironic—or even vaguely interesting—that flawed humans might be able to provide comfort to other flawed humans without it being some grand hypocrisy?

The problem with these lazy movies is that the cliché usually is expected to do a lot of the thematic heavy lifting. But despite the fact that Dan in Real Life’s titular Dan Burns (Steve Carell) is, indeed, a newspaper advice columnist whose own personal life is kind of a mess, that’s not really the story here. At its core, this is a story about family—and it’s about family in a more genuine and affectionate way than most movies manage.

It shouldn’t be surprising that writer/director Peter Hedges is interested in family dynamics that move beyond the easy descriptor “dysfunctional.” Like Hedges’ 2003 drama Pieces of April, Dan in Real Life revolves around a family gathering, this one at the Rhode Island beach house of Dan’s parents (John Mahoney and Dianne Wiest). A widowed father of three girls, Dan still struggles with how to parent them on his own four years after his wife’s death. His parents and siblings express concern for him in that wonderfully, horribly typical familial way: It’s simultaneously an expression of pure love and a source of pure annoyance.

This is the sensibility that Hedges—who also nailed the attraction/repulsion dichotomy in What’s Eating Gilbert Grape?—seems to understand so well. He portrays the casual needling and ongoing rivalry that can characterize interactions between adult siblings as well as the simmering disgust of teenagers toward their oblivious parents. The punch lines generally don’t really feel like punch lines, instead emerging organically from the way the characters behave with one another other. Nearly ever detail feels right, including the matter-of-fact authority Wiest’s character wields over everyone, like being able to assign dishwashing duty as punishment for bad table manners.

Hedges makes this pulsing, living organism of the Burns family so vital that it’s hard to believe he pins his plot on yet another wacky irony. While on a trip into town for newspapers, Dan meets Marie (Juliette Binoche), a lovely woman with whom he shares the morning and feels his first real connection in four years. Unfortunately—get this!—Marie is actually in town because she’s the new girlfriend of Dan’s bad-boy brother Mitch (Dane Cook). Binoche effortlessly embodies Marie’s appealing energy, and Cook submerges his ego nicely, but the romantic angle can’t help but feel synthetic by comparison—especially when you’ve got forced situations like Dan sharing an impromptu shower with Marie, or a blind date with a childhood loser who has morphed into hottie Emily Blunt.

Dan in Real Life keeps walking that tightrope between contrivance and authenticity, with Hedges managing to keep the balance ever so slightly in his favor. Nowhere is this trick more evident than in a late scene involving a family talent contest, as Dan and Mitch perform a duet of Pete Townshend’s “Let My Love Open the Door”—with only Dan and Marie aware that both men are singing to the same woman. Sitcom awkwardness gives way to real awkwardness, a truly poignant moment of a guy trying to deal with love again. Hedges may resort to the obvious, even in his resolutions, but he knows how to wrap it in the stuff of real life. And ultimately, that’s so much more compelling than the clichés of movie life.