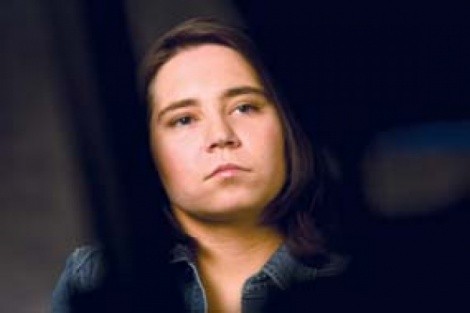 Since making his name as a chronicler of eccentrics and their obsessions (Gates of Heaven; A Brief History of Time; Fast, Cheap, and Out of Control), Morris has in recent years turned his attention to understanding villains. His Interrotron camera—which encourages interview subjects to look directly at the audience—has captured execution-device inventor and Holocaust-denier Fred Leuchter (Mr. Death) and controversial former Secretary of Defense Robert McNamara (The Fog of War) in unguarded moments. Morris isn’t necessarily interested in redeeming these people, but he is interested in complicating them. Even the most conscience-boggling act once made sense to somebody, and Morris somehow manages to expose the rationalizations people construct for doing the unthinkable.

Unlike Alex Gibney’s recent Oscar-winner Taxi to the Dark Side, Standard Operating Procedure is not exactly a piece of investigative cinematic journalism about wink-and-a-nod torture practices in general or those at Abu Ghraib in particular. Morris gets access to many of the key players in the story—England; CID prosecutor Brent Pack; Spc. Sabrina Harman, who took many of the most damning photos; several other members of the 372nd MP company—and lets them tell their sides. And while we hear some of the familiar refrains about the “different rules” of a war zone and the futility of challenging the military status quo, we learn other, simpler truths about these people as well.

It’s here that Morris is in his element, letting his subjects talk and exposing fascinating details. Sgt. Javal Davis confesses that a prisoner’s assault on a soldier put him in the frame of mind of wanting to hurt somebody back. England reveals that Spc. Charles Graner—who received a 10-year sentence and was not permitted to be interviewed for the film—was her lover, providing an additional layer of motivation for following the guy who allegedly was the ringleader for many of the activities. And there’s an almost throwaway moment when Harman refers to the woman to whom she wrote deeply conflicted letters home—many of which are reproduced here—as her “wife.” Don’t ask, don’t tell, indeed.

Morris is so effective when dealing with people that it becomes frustrating when he gets artsy. As he has done in many of his films, Morris mixes his interviews with stylized recreations of some of the events described. And, while he has the advantage of working with technical pros like cinematographer Robert Richardson and composer Danny Elfman to lend his film additional polish, there are times when the slow-motion shots of snarling dogs, bloody shootouts and tumbling playing cards merely become a distraction. In a fundamental way, this is a story where a filmmaker, no matter how skilled, really shouldn’t be trying to pretty things up.

That’s not to say that Morris skimps on the disturbing images that turned “Abu Ghraib” into shorthand for America’s falling moral stature. If anything, he lays them out in greater detail, providing a depth of context in which the photos are deconstructed. It’s mind-blowing when the CID’s Pack looks at individual images and informs us that while the sexual humiliation of the human pyramid may be a criminal act, the stress positions and mock-electrocution scenarios are simply “standard operating procedure.” And it’s eye-opening when one of the photos featuring England is shown to have been cropped by Graner so another female soldier—one Graner eventually married—wasn’t visible.

“You don’t see outside the frame,” Harman notes at one point of the Abu Ghraib photos, but Morris wants to show us that the pictures themselves only tell part of the story. The hand that held the camera and the hand giving the thumbs-up were both attached to human beings—and turning them into devils isn’t as profound as hearing them speak.