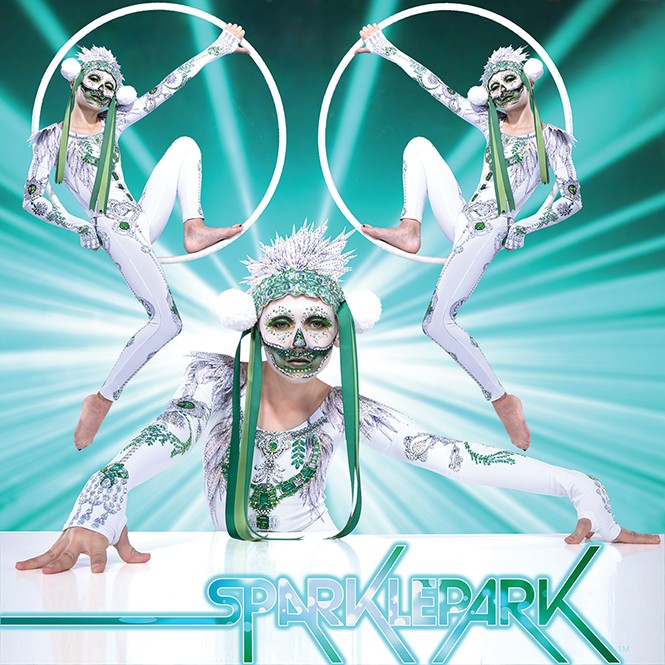 At some point in the history of entertainment, the term "family-friendly" became shorthand for "boring." Some might suggest that we've lost the ability to appreciate wholesome entertainment thanks to the internet, but a mouse named Mickey might tell you otherwise. People haven't lost their taste for activities and events that adults and kids can enjoy together. The reason family-friendly entertainment has been tainted with mediocrity is because event planners and producers have developed a nasty habit of shooting for a community's lowest common denominator in hopes of making a few bucks.

Perhaps this unfortunate reality is why Jared Gold's Sparklepark—an unapologetically over-the-top celebration of performance art, positivity and family togetherness—sounds so exciting. Gold has assembled a veritable army of local performers, designers and culinary artists to bring this vision to life, and his strategy to capture the attention of the whole family is to swing for the fences. "When you walk in, I don't want you to see anything that you've seen before," Gold says. "The show is 'wow' enough that it doesn't matter who you are; you'll come in and it will blow your mind."

Admittedly, this is a rather large bedazzled gauntlet to throw down, but nothing glitters quite like Gold. Those who are familiar with Utah's fashion scene should recognize his name. After attending the Otis College of Art and Design in Los Angeles, he launched Black Chandelier—a fashion design studio and retail outlet—in 1994. In 2003, Gold relocated Black Chandelier to Salt Lake City, and opened his first retail store in Trolley Square. It soon expanded to several locations, and after nearly two decades of creating elegantly oddball fashion, Black Chandelier closed its studio doors in 2013.

Since then, Gold has been doing a little bit of everything, so long as it could be considered no-holds-barred. "I went to L.A. and started doing corporate creative directing, I helped build a fashion department at a private university, and worked on a few big events at Disneyland," he says. 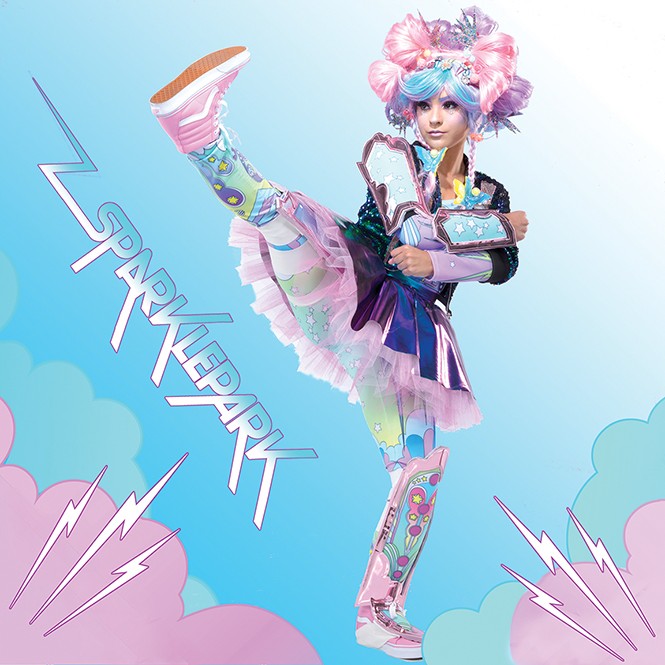 His return to the Rockies was spurred by the failing health of his father, who passed away last year in Idaho. As he moved on from this loss, he contacted T.R. Gourley of Sack Lunch Productions with the concept of Sparklepark, a radical new take on performance art that involved local performers, gourmet concessions and lots and lots of glitter. "[Gourley] is my absolute favorite person that I've ever worked with," Gold says. "I had sketchbooks filled with drawings of the Sparklepark before I even came back to Salt Lake, and when I put it on the table, he wanted this to be bigger than anything he'd ever done."

Gold and Gourley assembled their performers from Utah's own crop of up-and-coming superstars. "We had an audition back in August, and we chose the best of the best—they're killers," Gold says. "We're also one of the first, if not the rarest, to pay our performers well. I really want to send a very clear message to them that art is something to dedicate themselves to, and that they can live by it." Under the choreographic tutelage of Andrea Kuhn, owner/director of Taylorsville's Element Dance Center, performances vary from break-dancing to aerial ballet.

While Gold tries to describe the logistics of Sparklepark in words, it's likely going to be an event that must be seen to be believed. "Sparklepark is complicated to explain because it has no comparison right now," Gold says. "It's E=mc2 times a laser show."

At its core, Sparklepark is a three-hour-long dance park, surrounded by high-end concession stands, professional face-painting and souvenir shops. Every 15 minutes, Sparklepark's main stage features a performance by one of the event's professional troupes, decked out in lavishly designed costumes that evoke a mixture of Blade Runner and Sailor Moon. In between performances, attendees are encouraged to hit the dance floor themselves, where they can participate in events like crowd karaoke and dad dance-offs. "It's nonstop entertainment for everybody," Gold says. "It's artsy, edgy, but it's all squeaky clean."

Given Gold's history with Trolley Square, it's fitting that Sparklepark's maiden voyage will launch from the downtown shopping center. From here, Gold has booked performances for Las Vegas, Phoenix and Los Angeles that will usher in a national tour throughout 2018. With all of Gold's globetrotting, I had to ask why he decided to choose Salt Lake as the point of origin for Sparklepark. "It needed something special from Salt Lake City to get going, and that was optimism," he says. "We have this kind of optimism here that is rare, and in this day and age, we need this pink laser beam to split the darkness. That's the little Sparklepark, fueled by the hearts of all these little kids."