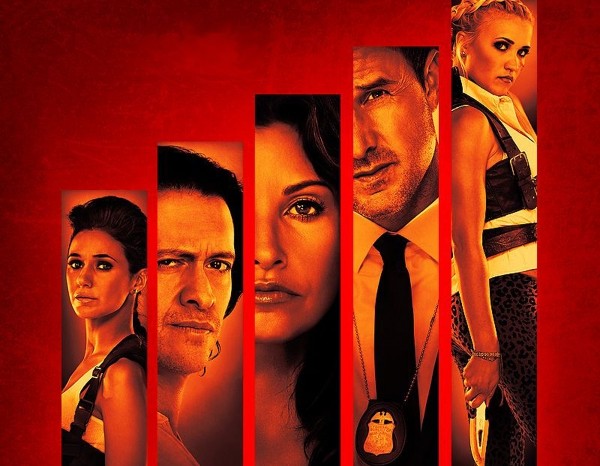 Emmanuelle Chriqui and Emily Osment star as mismatched partners (Veronica’s a square! Roxy’s a party girl!) specializing in contract killing and other less-than-legal activities—until they’re screwed over by their boss (Gina Gershon) and end up as targets themselves. Cleaners overstuffs fast edits, tough girls, snarky dialogue, pounding music and gratuitous gunplay into 20-minute episodes, like a Quentin Tarantino ’90s Film 101 course in speedball form, and it works so well that not even Gershon’s or David Arquette’s (as an FBI agent) overacting can derail it. Stoopid, violent fun.

Comedians in Cars Getting Coffee
Crackle.com

Jerry Seinfeld’s slick shaky-cam infomercial series for classic autos you will never, ever, ever, ever, ever be able to afford (unless you’re Jerry Seinfeld) set to stock faux-jazz would only be slightly less annoying if the comedian weren’t such an inept interviewer; it’s like every conversation requires a minimum number of “So how awesome am I, lesser comic?” check-in points. Comedians in Cars Getting Coffee is the flagship series of the imaginary Rich Douchebag Network.

Ghost Ghirls
Yahoo.com/GhostGhirls
Not that reality shows about ghost hunters and psychics needed to be parodied, but Ghost Ghirls (created by and starring Amanda Lund and Maria Blasucci) is at least as funny as the “real” thing being cranked out by Syfy and TLC. Some of the Drunk History brains are also involved, as are some comedy heavy-hitters as guest stars (including New Girl’s Jake Johnson and Parenthood’s Jason Ritter in Episode 1), but the 10-minute series is usually less “genius” than “probably wouldn’t click away from on Adult Swim at 3 a.m.” (bong, of course, implied).

Ghost Hopping
YouTube.com/GhostHopping
On the other hand, Salt Lake City-based comic Marcus (insert Last Comic Standing reference here) has achieved the impossible and made a ghost-hunting series The Only TV Column That Matters™ can actually tolerate. The setup: On his travels as a stand-up comedian, Marcus and his cameraman hit local joints—restaurants, bars, tattoo parlors, malls and, natch, comedy clubs—to talk to the dead and generally crack wise. Sure, there are some of the usual elements of “Did you hear that?!” bullshit, but Ghost Hopping still comes off as more genuine than the “professional” haunt hucksters.

Essnemma
YouTube.com/Essnemma
Former Buffy the Vampire Slayer actress Emma Caulfield is either really good at acting loony twice a week for her vlog, or she’s legitimately full-time nuts and Essnemma represents just tiny windows into her pinball machine of a psyche. Whichever, it’s impossible to look away when Caulfield jumps into a profane rant or random thought-splosion (“Advice” on Thursdays, “Grab Bag” on Tuesdays), her unblinking brown eyes and flying blonde hair worked into a cyclonic frenzy that’s as inviting as it is mildly terrifying. Her recent “review” of CBS’ The Crazy Ones—which stars Buffy compatriot Sarah Michelle Gellar—is better than the show itself … which isn’t hard, but you get the idea.

Hot Sluts
ComedyCentral.com/cc-studios
An Atom classic from waaay back in 2009, starring Alison Brie (Community, Mad Men) as a small-town girl with dreams of becoming a dancer in the Big City, but instead winds up as a cocktail waitress in the seediest/funniest Grindhouse nightmare of a nightclub ever, Scenarios. Hot Sluts lives up to its title-implied exploitation (nary a bosom goes un-heaved or blouse un-ripped), but Brie’s “tragic ending waiting for the right dumpster to be found in” dancer (who dances terribly, FYI) is funnier in five short episodes than her Annie has been on five years of Community. I want six seasons and a movie of this.