Cloudy With a Chance of Meatballs 2

Pun for all ages 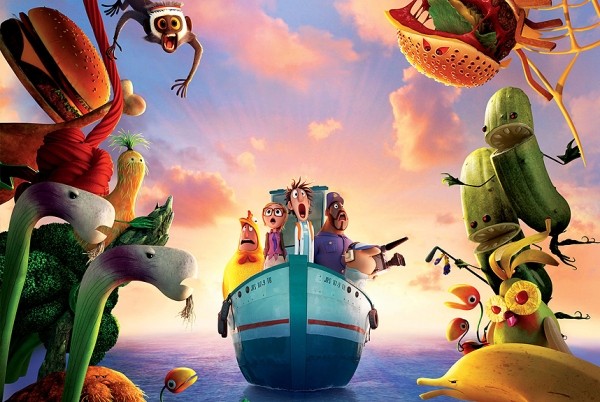 While Pixar generally gets the critical love, and followers like DreamWorks and Illumination score crowd-pleasing franchises, a 2009 charmer from Sony Pictures Animation called Cloudy With a Chance of Meatballs was merely one of the most uniquely hilarious animated movies in recent years. Directors Phil Lord and Chris Miller opted to act solely as executive producers for Cloudy With a Chance of Meatballs 2, yet there’s still the same funky vibe and manic comic energy.

The action picks up shortly after the events from the first movie end, with the island town of Swallow Falls still buried in the stuff that rained from the sky when inventor Flint Lockwood’s (Bill Hader) water-into-food machine went haywire. To the rescue comes legendary scientist Chester V (Will Forte), who evacuates the population and seems ready to invite Flint into his inner circle. But soon it becomes clear that Flint’s device has changed, and is now producing “food animals” that may threaten the rest of the world if they get off the island.

Mostly, though, it’s a fast-moving adventure patterned with a wink after Jurassic Park—including a tubby belly rippling ominously with the approach of thundering footsteps. Sure, 75 percent of the gags may be built around the pun-filled mutant hybrids of animals and food like the fla-mangoes and tacodiles. But there’s also marvelous stuff like Steve’s battle with a novelty birthday candle that lingers in the background— the kind of gags that makes Cloudy 2 feel like the rare animated film that’s genuinely fun for the whole family.

CLOUDY WITH A CHANCE OF MEATBALLS 2