Cloudy With a Chance of Melting Ice Caps

Meteorologists' reports help viewers understand what is happening and why it's important—and they're having an impact. 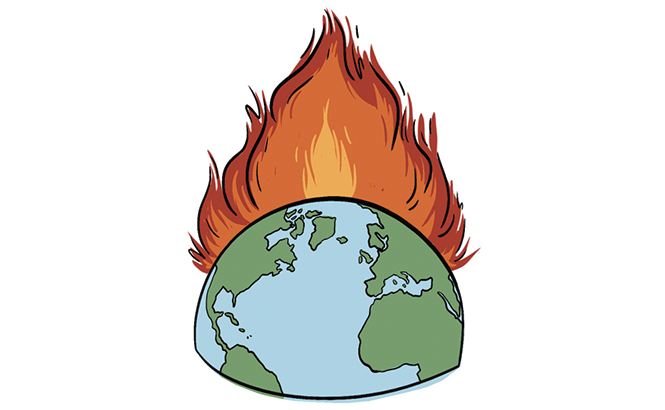 Local TV weather forecasters have become foot soldiers in the war against climate misinformation. Over the past decade, a growing number of meteorologists and weathercasters have begun addressing the climate crisis, either as part of their forecasts, or in separate, independent news reports to help their viewers understand what is happening and why it is important.

And the reports are having an impact.

Studies by the George Mason University Center for Climate Change Communication show that in communities where local weather forecasters are reporting on the crisis, "public opinion is changing more rapidly," Ed Maibach, director of the center and an author of the studies, says. "We showed a really strong impact—people who saw the climate reporting came to understand climate change was more personally relevant," he said.

The change has come as meteorologists and forecasters themselves have altered their opinions on the climate crisis and its causes. A 2008 survey of American Meteorological Society members, found that only 24% of weathercasters agreed with the Intergovernmental Panel on Climate Change (IPCC) that warming was caused by humans. In 2010, a study by Maibach found that 54% agreed that global warming is happening. But by 2017 a full 90% agreed that it is indeed happening, and 80% indicated it was human-caused.

"There's been an enormous shift," he said.

The change has been partially brought about by Climate Central's Climate Matters reporting program founded after Maibach released a study showing that the public trusts local forecasters to a high degree.

"All TV weather forecasters are really good science communicators," Maibach says. Not only are they scientists, but they are trusted by their viewers because they don't generally report on politics or other controversial topics, he says.

Today, more than 600 TV weathercasters participate in the program, which provides training, scientific information, charts and videos for education and newsroom use.

Here's a snapshot of five of those local TV news forecasters: 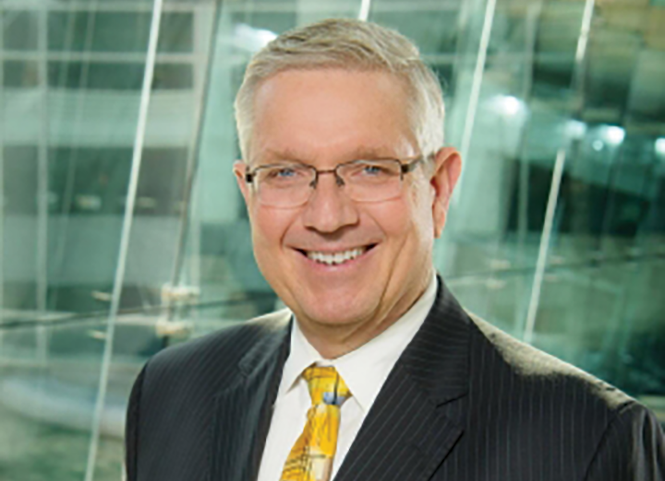 Sterling Poulson, KUTV, Salt Lake City
As KUTV Channel 2's chief meteorologist, Poulson has been reading the weather reports and teaching lessons about Mother Nature as a member of the channel's weather team since 1989. But it's only been in the last 10 years that he's gained an urgent interest in climate change: If he once had doubts about human impacts on the environment, he now drives an electric car and uses an electric lawn mower, electric hedger and electric weed-whacker. He's about to put solar panels on his house, too.

"Climate change is real," the 68-year-old former Best of Utah weatherman tells City Weekly. "I think we should do what we can to live in harmony with the environment."

Poulson has seen major impacts on the environment due to Salt Lake's rapid expansion. He points out that the valley's winter-season inversions are normal meteorological events—it's residents' carbon emissions that create all the junk in the atmosphere. Residential construction in canyon woodlands, on riverbanks and other parts of the shrinking countryside puts homes at heightened risk of natural disasters. And the desert climate means that as the population grows, water becomes increasingly scarce.

"I'm not saying, 'The sky is falling, the sky is falling!' and we should all get out from under the sky. I'm just saying we should be smarter about our development," he says. "It's pretty obvious, as the population increases and encroachment on the wildlands increases and pollution in our valleys increases, that we need to clean up our environment. Whether climate change is real or not, whether you believe it or not, let's just have a better place to live, generally."

Keith Carson, WLBZ/WCSH, Maine
At the beginning of his career, Carson wasn't fully on board with the idea that climate crisis was occurring and it was caused by humans. Carson began working in the field in 2006. Today, though, he says: "Frankly it's getting harder and harder to deny it scientifically." And now he knows how easy it is for anyone to twist facts and create even more divisiveness.

These days, Carson regularly shares information about the climate crisis and other scientific topics with viewers through a nightly science segment called "Brain Drops."

For Carson, the issue is big: "If people are going to dismiss science and the scientific process, it opens the door for other regressions" in scientific thinking.

Carson talks about climate change with his viewers about once every two weeks. "I think it's important to do, but not to hammer it daily. It's against human nature to change minds, and hammering it home daily would make some people dig in more." He approaches the topic like many of his colleagues do—by simply presenting the facts about what's happening.

Weathercasters, he says, have a unique opportunity because they are an integral, well-liked part of the community, "and you have the chance to shift opinion a little."

While Carson gets some pushback, most of those who comment on his climate reporting aren't his viewers, he says.

Elisa Raffa, of KOLR10/KOZL, Springfield, Mo.
Raffa, a self-described science geek, believes her job is to educate her viewers about how climate change will impact them. She's done stand-alone news segments about how climate change affects fishing in local lakes, a local coffee shop and a local brewery. One piece detailed how ranchers must be more careful with their cattle because black vultures are moving into the region due to warmer temperatures.

"It gets people to look at climate change outside of the political realm," she says.

Raffa is careful to ask objective questions about things such as precipitation and temperature, and rarely outwardly underscores climate change as the problem. Her sources usually do that themselves. That hits home with viewers who see climate change from a relatable perspective.

"Climate change will impact us in so many ways, and I love teaching my viewers and helping them learn how they can prepare and adapt and be more resilient," she says.

In addition to her special reports, Raffa talks about the climate crisis in subtle ways. She highlighted a recent uptick in morning high temperatures, hoping to show viewers that overnight temperatures are rising.

"This is what I signed up for," she says. "This is a science issue. It's my duty to communicate this to the public. If I don't, who is going to?"

Jorge Torres, KOB-TV, Albuquerque, N.M.
Over his career, Torres, chief meteorologist at KOB, has become bolder in addressing climate change. "In the beginning, I was more subtle, but as more and more facts become apparent, I am more open now saying this is human induced. For me, the biggest aspect is carbon dioxide," he says. "We are seeing that increasing globally and we are seeing the effects locally."

Earlier this year, Torres did a news piece on the issue of water in New Mexico and how smaller snowpack will impact the state's water supply. Temperatures are getting warmer and warmer as well, he says, a fact he points out during his daily forecasts.

"Whenever the weather story allows me to say" something about the climate crisis, he does, but ensures it's in context.

The bottom line is that he wants viewers to be open-minded. "Don't just hear something and dismiss it."

Heather Waldman, WGRZ, Buffalo, N.Y.
As the trusted "station scientist," Waldman says talking about the climate crisis is a natural fit for her and other weathercasters. "It fits in our identity."

Waldman and her station have unveiled a series of short, entertaining and informative videos called "The Climate Minute." The one-minute segments can be time-consuming to produce because while Waldman uses information from Climate Matters, a reporting resource tool, she also does her own research, reading IPCC and other reports. But she keeps them short to not lose the audience.

"The audience isn't going to pay attention to anything for more than a couple of minutes and we use succinct, catchy images. The goal [is] to find some sort of thing, where people say, 'Oh, this will have an impact—this is affecting me right now.'"

On an upcoming piece on how ocean acidification is affecting shrimp populations, she is using Bubba Gump shrimp quotes to keep it fun.

"Intrinsically, we have the responsibility to present not just weather facts but climate facts—we don't want to pontificate, but we want to make them actionable and entertaining."


With information from Peter Holslin. Pam Radtke Russell is a senior editor at Engineering News-Record in New Orleans and a specialist on climate adaptation.