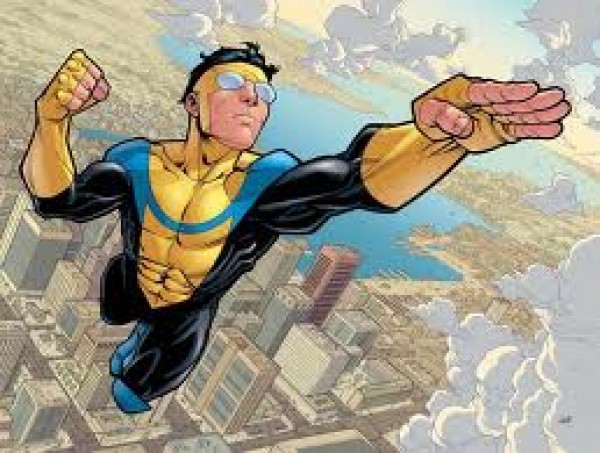 For decades, if you wanted to break into comic books as a writer or an artist, you had to travel to Manhattan in hopes of scoring a bullpen gig with DC or Marvel. But in an age where everything is accessible online, it’s possible to have a major title on stands without leaving your hometown digs. That trend has helped turn local artist Ryan Ottley into an industry mainstay as the principal artist for Image Comics superhero series Invincible.

Ottley’s passion for comics got started at the age of 15—later than most kids—with a visit from his California cousin Brian. The two trekked to a local shop and picked up some titles that were selling big at the time; the most memorable was his first purchase of The Amazing Spider-Man, drawn at the time by Todd McFarlane (Spawn). As his collection grew, Ottley was inspired to start drawing, working to re-create his favorites at first, and then expanding his skills through self-taught methods.

“Most of my learning came from muscle mags, comics and anatomy books by George Bridgman,” Ottley says. “And, of course, by doing. I drew every day in sketchbooks, filling them up with work. There were a few years I didn’t worry about finishing anything, I just practiced on learning anatomy and sketching.”

Ottley established his professional career online in 2002, as the co-creator of Ted Noodleman: Bicycle Delivery Boy. When that title was featured on Kevin Smith’s MoviePoopShoot.com, it instantly gave the comic thousands of readers. Ottley also contributed artwork to the series OZF5: Gale Force and the anthology Digital Webbing Presents, many of the panels of which would find their way onto the comic artistic website PencilJack.com for other creators to critique.

Robert Kirkman, co-creator of Invincible, was one of those critiquing. From those conversations, Ottley was hired on to do artwork for a fill-in issue of the series, quickly impressing Kirkman with his fast results and ability to adapt to fellow creator Cory Walker’s artistic style. The duo agreed to bring Ottley on, making him the principal artist for the series since issue No. 8. Just two years later, Kirkman let Ottley know he was now part owner of the series.

“I love the whole Viltrumite story, so drawing them doing anything is always fun,” Ottley says. “The Conquest storyline was a blast; the Viltrumite War too. Anything with loads of fighting. Even well before I ever read a comic, I’ve enjoyed drawing aggression and fight scenes.”

Ottley says that, “When I tell people I draw comics, they are usually pretty interested, but can’t fathom I make any money doing a hobby that is widely been out of regular society for decades.”

Being a remote artist is a challenge in itself, as Ottley has to do most of the work alone with the script and frequent e-mails. Like many artists, he’s never wholly satisfied with his work, and has continued to adapt and change his style over the years, trying new things in every issue to better himself as an artist in an industry where there’s always something new to learn.

But Ottley’s basic process for each new issue stays much the same: “I get the script, read it once, then read it again while drawing thumbnail sketches to get the panels and compositions the way I want them,” he says. “Then I draw a digital layout, which allows me to move things around if I don’t like how I positioned an object or a figure. Then I make all the lines a light blue, print it off on cardstock paper, and do my finished pencils over my digital scribbles.”

Invincible hit a few rough spots early on while trying to find an audience as part of Image’s new line of superhero titles. But fan appreciation grew, driven both by story-line arcs and emotionally powerful panels, eventually making Invincible one of Image’s best-selling titles. Most recently, issue No. 89 sold out completely nationwide, forcing the indie company to produce a second printing along with the upcoming No. 90.

Along with his work on Invincible and occasional fill-in for other titles, Ottley continues to stay active in the local comic-book scene. He participates in drawing nights at coffee shops with fellow artists like Derek Hunter, Jake Parker and Brandon Dayton. In 2010, Ottley took part in an all-comics exhibition at Nobrow Coffee for Gallery Stroll, packing the place with fans and selling many of the works on the walls—proof positive that both comic-book fandom and success knows no geographical limitation.