What does Utah—and love—mean to you? 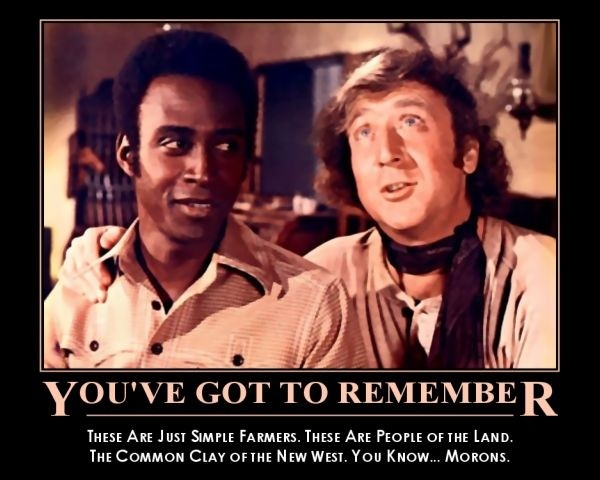 This sure is an interesting time to be breathing our severely polluted air, isn’t it? First, Utah gays may marry, then they may not. For a minute, Utah gays share the same communal and civil rights as other Americans, then they do not. First, it’s bad enough that Mark Shurtleff, our former attorney general—Utah’s top cop—was not so much a good guy after all. Then, along comes the revelation (the use of that word is pure coincidence) that his successor, John Swallow (no coincidence), is not the holy man he made himself out to be, and faster than you can say, “Gee, that Swallow guy sure looks stupid in a cowboy hat,” Swallow is run out of town.

For a brief moment, Utah Gov. Gary Herbert appeared to be shaping into a man aligned with history, a statesman. Then, just as quickly, he revealed his true nature by immediately insisting gay marriages not proceed, a paean to his original bona fides—the far-right rhetoric that got him placed on the ballot for lieutenant governor in the first place those many years ago. I guess I can’t complain too much, though—dating back to the controversy of building the Bangerter pumps in the west desert and Attorney General David Wilkinson’s insistence that cable television be regulated for the safety of our children, the top elected offices in Utah have been a reliable source of good stories for this newspaper.

But all that was just fun and games. Today I wonder. Suppose you’re the next person who opens a travel guide and decides Utah might be the place to settle. Suppose you want to relocate your tech company here, or select a college for your kid. Maybe you’re choosing between a Montana brown trout and a Boulder Mountain brookie. Where do you spend those vacation dollars?

What factors influence your decision? Being protected by the likes of Mark Shurtleff and John Swallow? Sure, if you like pickpockets. Gary Herbert’s welcome mat? Well, perhaps—but only if you like your caffeine cold, like his heart and his principles. Or would you believe the best representation of modern Utah might be the kissing couple who appeared on our cover last week? For some, that cover triggered a gut reaction to steal or destroy—in contrast to the story, titled “Love.”

I bet on love, but then again, I grew up in the 1960s and Paul McCartney was my favorite Beatle. I love Utah. I no longer despise, but tolerate, the base ignorance that feeds the fears of some of my neighbors. I figure they’re still growing, and I think there’s going to be a time when they all do grow up. Or mostly do.

For, plain as the paper in your hands right now, or as blue as the glow of the computer screen in front of you, gay marriage will become a recognized institution in Utah. It just will.

This is a hard concept for some, that gay couples love in the same measure as hetero couples. It’s equally hard (again, no pun) for some to realize that gay love is not defined by sex—despite what Phil Robertson might think (and remember, it was Phil, in a Duck Dynasty episode, who taught his grandchildren about sex by poking at crawfish peckers and vaginas, so, uhh, on that bestiality matter …. ahh, nevermind, but damn, I wish he’d not said what he did, as I really like that show). Blame the Internet, perhaps, or even David Wilkinson’s cable TV, but Utah cannot hide behind the Wasatch Mountain veil any longer. We are part of a larger and stronger culture.

In my youth, the most prominent black faces included athletes and entertainers such as Rochester, Jack Benny’s comic foil. There were no significant black roles on TV, then, wham! Bill Cosby gets a starring nod in I Spy, and Nichelle Nichols is cast as Lt. Uhura on Star Trek. To some, it was the surest of all biblical signs that the world was about to end—and that was before Captain Kirk and Uhura performed TVs first interracial kiss.

The world didn’t end. The world is a better place. So much better, in fact, that I ate Cheerios this morning in honor of a current Cheerios commercial that involves an interracial couple and their adorable child. In another decade, it will be common course to see similar commercials involving gay parents and their children.

Meanwhile, though, it’s a slog. And it might be a better time to not just act, but to laugh, for laughter is, after all, the best medicine. Such as in the movie Blazing Saddles when Bart (Cleavon Little), the new black sheriff, rides into town, only to come face to face with a near lynching, race-baiting and an old woman who lets loose on him with the N-word on her way to making him feel even less welcome. He finds solace in these words of wisdom by the Waco Kid, played by Gene Wilder:

“What did you expect? ‘Welcome, sonny’? ‘Make yourself at home’? ‘Marry my daughter’? You’ve got to remember that these are just simple farmers. These are people of the land. The common clay of the new West. You know ... morons.”

Ah, maybe it’s too harsh to compare some Utahns to morons. So, if laughter doesn’t work, refer to Utah’s favorite “I’m in unison with the Lord” musical, Les Misérables. As Jean Valjean is dying, these words are sung, and apply to all love—no exclusions, no judgment:

Take my hand and lead me to salvation
Take my love for love is everlasting
And remember the truth that once was spoken:
To love another person is to see the face of God.