Black Refractions explores the collection, and the legacy, of The Studio Museum in Harlem 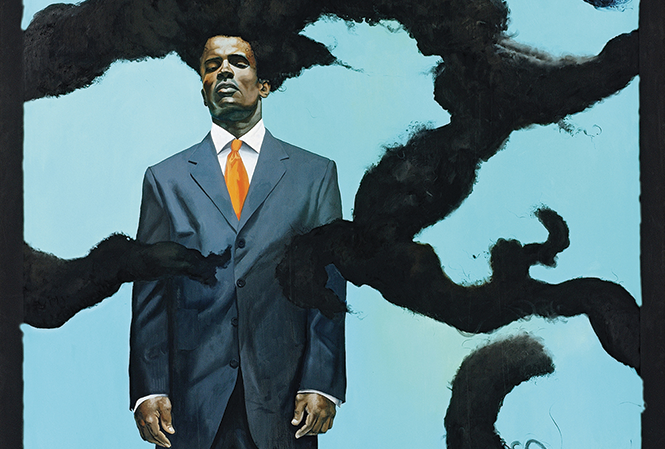 At the moment, The Studio Museum in Harlem remains closed to the public as a result of the ongoing COVID-19 pandemic. But the institution's history and cultural significance is available to visitors in Utah thanks to a traveling exhibition.

Black Refractions: Highlights from the Studio Museum in Harlem opens this week at the University of Utah's Utah Museum of Fine Arts to showcase work from The Studio Museum's permanent collection. Founded in 1968, The Studio Museum has become a repository of great works by artists of African descent, as well as a location for artist-in-residence fellowships and nurturing up-and-coming artists.

For Connie Choi of The Studio Museum, who served as curator for the touring exhibition, a variety of factors went into selecting the works that would be included. While the museum's collection includes works that date back to the early 1800s, the decision was made to begin with works from the 1920s. "It was important to really think about the Harlem Renaissance, celebrating it as a site of longstanding Black artistic output, and ground the exhibit in that time," Choi says. "The other reason is, it's a nice way to kind of bracket the exhibition, with almost 100 years of output represented."

Choi adds that Black Refractions is also designed not to suggest that there is one monolithic way to distill art by artists of African descent. The exhibition includes figurative works that are clearly identifiable as addressing African-American experience—including a piece by Kehinde Wiley, best known for being commissioned for the official presidential portrait of Barack Obama—but also abstract work, video and interactive work. "One of the things we were deliberate to emphasize through the planning of the exhibition was, the show is not some grand overarching narrative of quote-unquote Black art, because there is no one narrative," she says.

Black Refractions is divided into several thematic sections, including works by The Studio Museum in Harlem's institutional founders, including artist Tom Lloyd; "Framing Blackness," which explores the shifting notion of Blackness over time; and "Their Own Harlems," inspired by a quote from artist Jacob Lawrence about Harlem not just as a geographical place, but as an idea of community. Yet while the pieces of the exhibition are consistent from one tour stop to the next, Choi notes that one of the challenges for a curator of a touring exhibition is understanding that the physical places in which the show will take up temporary residence are all unique. "We provided venues with two tracks of organizing the show that they could use if they wanted," Choi says. "It's a way to provide structure rather than say, 'Here you go, you're on your own.'" 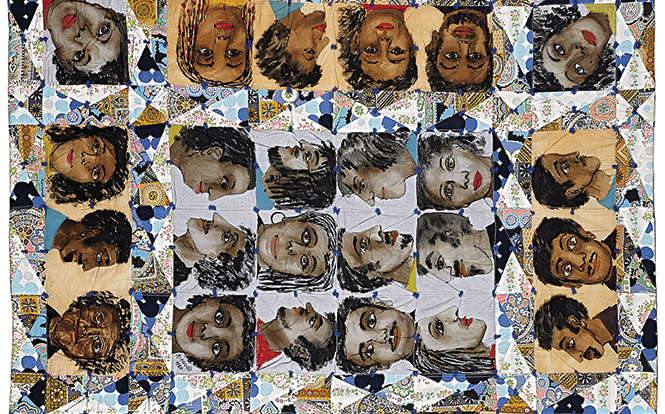 And beyond the physical limitations of any given exhibition space, there's the recognition of different audiences in each city. "That's why each of the venues could organize in a way that made the most sense, to create an exhibition that would speak to audiences at UMFA, which would be very different from, say, San Francisco," Choi says.

According to Erika George, a board member for the Utah Museum of Fine Arts, the process for bringing this exhibit to Utah began several years ago, as The Studio Museum was initially developing the idea for the tour. Yet as George notes, "Two or three years ago, what was on our minds was perhaps not as salient, looking at questions of race and inclusion in America. There is perhaps a particular urgency in being exposed to the experience of others. To understand what is happening, and to reach for something new, is what the humanities and arts do."

Black Refractions might offer an illuminating perspective on how artists of African descent across time have processed the Black experience, but for Choi, it's also significant that the exhibition conveys the history and role of The Studio Museum in Harlem itself—something that they might be thinking about even more at the moment with that physical location closed. She relates an anecdote about how one artist-in-residence, painter Jordan Casteel, noticed a man she eventually learned was named Kevin outside her studio window. She went to speak with him, and asked if she could paint his portrait, subsequently building a friendship with him.

"That whole body of work she did during her residency was inspired by people she was coming across while on her way from her apartment to the studio," Choi says. "That's a theme you see: this idea of community. ... We're not only supporting emerging, living artists, but embedding them within an institution, and by extension, within a community."