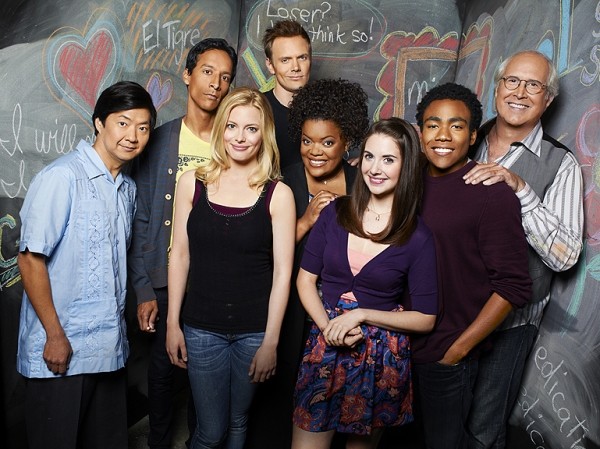 Return: It’s only been off the air for three months; you’d think NBC dropped a truckload of babies into a cage full of puppies and then fed them all to a pit of snakes (I’ve just anchored your summer schedule, TLC—you’re welcome). What’s in store for the remainder of Community’s third—and, barring the miracle that ’Merica suddenly wises up, probably last—season? In true meta form, the college study group has been labeled “The Greendale Seven” and a menace to the campus (read: NBC), and Troy and Abed are determined to become “normal” for Shirley’s wedding (read: viewers). Also, Pierce will soon be at war with Subway in the cafeteria (read: blatant product placement that mocks blatant product placement), and evil-twin goatees are back (read: … oh, they’re just funny). Welcome back, Community!

Series Debut: Stop me if this sounds like a bad Ashley Judd movie that’s probably rerunning for the fifth time this week on TNT right now: A widowed mother/ex-CIA agent’s (Ashley Judd) teen son goes Missing while studying abroad in Europe, and now it’s “a race against time” (says here) to rescue him from kidnappers. There’s also this gem: “Her resourcefulness, skill and determination will be put to the test—but a mother’s love knows no limits” … apologies, TNT.

Fairly Legal
Friday, March 16 (USA)
Season Premiere: It’s been a full year since Season 1 ended—is USA hoping that everyone’s forgotten about Fairly Legal so they can just start over? The series had two major advantages when it debuted in January 2011: a fresh premise (legal mediation outside of courtrooms and bureaucracy) and a beyond-magnetic star (Sarah Shahi of The L Word—and, more notably, Tony’s final mistress on The Sopranos). Unfortunately, Fairly Legal lost focus, and viewers, quickly, unable to walk the line between hard legal drama and cutesy romantic comedy without making Shahi’s anti-lawyer Kate Reed look like a flake or, worse, a borderline lunatic with a Zappos addiction. Season 2 solution: Tougher cases! Sexier tension (with a slick new lawyer, Ryan Johnson)! Even more shoes! And damned if it doesn’t work; the first few episodes make Fairly Legal look like USA’s best “new” show in years—even if they have relegated it to Friday nights with the soon-to-be-retired In Plain Sight.

Leprechaun’s Revenge
Saturday, March 17 (Syfy)
Movie: It’s Die Hard in a St. Patrick’s Day parade! With a killer leprechaun! Hey, it was either this or Chasing Leprechauns on Hallmark …

The Walking Dead
Sunday, March 18 (AMC)
Season Finale: The final episode of The Walking Dead’s second season is titled “Beside the Dying Fire,” and The Only TV Column That Matters™ really, really, really hopes it’s referring to Herschel’s farm and not another pile of zombie flambé. Will what’s left of Team Atlanta finally move on? Will Rick actually follow through on a decision? Will T-Dog speak? Will Lori shut the hell up? Come to Brewvies (677 S. 200 West, 21+) tonight at 7 and find out, then get ready for AMC’s Mad Men on the big screen beginning Sunday, March 25—because True TV cares about drunks without cable.

Bent
Wednesday, March 21 (NBC)
Series Debut: Nothing screams “Don’t get attached!” like blowing out six episodes over three weeks in a primetime deathslot against every other network’s highest-rated shows. If Bent were given half a chance in hell, the snarky-sweet rom-com about an uptight divorcee (Amanda Peet) and her playa remodeling contractor (David Walton) might’ve raised the question, “Why did NBC waste all that money on Are You There, Chelsea? when they had this?”