Community searches for answers in courtroom shooting of Siale Angilau 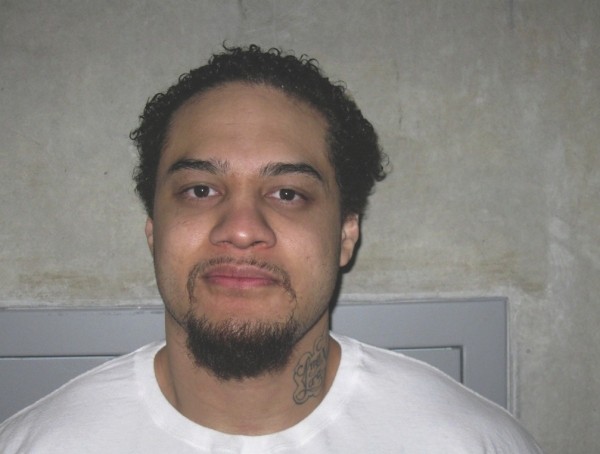 The life of Mo’ana Uluave, an East High School graduate now studying at Harvard, took a very different trajectory from that of her former classmate Siale Angilau, the gang member shot and mortally wounded in federal court on April 21 for threatening a witness with a pen or pencil. In a recent online video titled an “Open Letter to Siale,” Uluave laments the loss of Angilau’s life.

“You weren’t even supposed to be there. Your guilty plea had already been heard at the state level, but the federal courts wanted you too, wanted you and the whole Tongan Crips Gang so they used as a witness, a brother, turned foe and riled you up and took you down.” Uluave ends her open letter by observing that a truth was revealed by the death of the 25-year-old gangster that the subsequent media furor over the shooting failed to mention.

“There is no one more dangerous than a brown man with a pen,” Uluave says (see full video at bottom).

In the aftermath of Angilau’s death, many in the Salt Lake Valley Pacific Islander community question the use of force. Not only the deadly force that some reports say involved as many as eight shots fired at Angilau for threatening a witness, but also the force of applying the hefty racketeering standard on the gang.

Salt Lake City School Board member Michael Clara represents the Glendale neighborhood. He had already organized a meeting with the Latino community and the United States Department of Justice about the inequities of the school district when he became alarmed by the fallout from the Angilau shooting and helped schedule an extra meeting so the DOJ could hear concerns from the Pacific Islander community on May 1.

It was an emotional meeting with members of Angilau’s family telling the DOJ that Angilau had to move around a table and run 15 to 20 feet before he could have reached the witness and that there were multiple bailiffs who could have physically intervened.

Clara says the meeting also brought to a boil rumors that the marshal who killed him didn’t verbally warn him before firing, and acted with malice since one of Angilau’s charges stemmed from being in the same car as another TCG member who had fired on U.S. marshals in 2007.

“These are all allegations and we don’t know if they’re true. But the community is accepting them as true because nobody is saying otherwise,” Clara says. As of press time, comment had not been returned by the FBI’s Salt Lake City office tasked with investigating the shooting.

Fahina Pasi, the Executive Director of the Salt Lake City-based National Tongan American Society, says the community has been incensed over the shooting. She acknowledges that the courtroom had to be controlled, and there was no justification for Angilau lunging at a witness, but says, for her, it’s another example of law enforcement’s quick recourse to violence against Pacific Islanders.

She expresses greater concern, however, over local law enforcement working with federal prosecutors to press racketeering charges against the TCG.

“If there are people in our community that deserve to be thrown in jail, everyone will understand that,” Pasi says. “A crime is a crime no matter the color, and if you do the crime then you do the time—but you don’t do less and you don’t do more than anybody else.”

Angilau’s attorney Michael Langford points out that his client pleaded guilty to state charges in 2009 after U.S. marshals recommended that no federal charges be filed. In 2010, however, Salt Lake District Attorney Lohra Miller joined the FBI in announcing that new racketeering indictments against Angilau and 16 other TCG members had effectively “cut the head off the snake.”

Langford says for prosecutors to prove racketeering they need to show that crimes benefited a criminal enterprise. He doesn’t deny TCG is a gang that’s committed serious crimes, but he wouldn’t go so far as to call it organized crime, which the Racketeer Influenced and Corrupt Organizations Act of 1970 was designed to target.

Langford says, historically, mafia crime families or other organizations have been hit with racketeering charges in situations where if a soldier in the organization profits by a crime, they then kick some of those profits to the bosses of the family. Even though the leaders had no role in the individual crime—be it robbery, gambling or prostitution—as executives of the criminal enterprise they get a piece of the action.

For being a criminal enterprise, the government’s own 2010 indictment acknowledges that within the TCG “there is no formal structure or hierarchy” with the only requirement for being a leader or a “shot caller” is to have enough “street cred.”

Langford describes Angilau’s crimes as “beer runs,” pointing out that his first two robberies in the racketeering charges were when he was 14 years old and stole a bag of potato chips from a 7-Eleven and then returned the next day to steal cigarettes.

“The government is saying this was done in furtherance of the enterprise,” Langford says. “Are the potato chips divided among other TCG members? Are they sold for profit to enhance the gang’s status?”
Nevertheless, the indictment does present a timeline of serial robberies that often happened in a terrifying succession. In 2003 for example, the TCG robbed three 7-Elevens in the space of five days. Several members had been charged with assault including Angilau, who was present at a 2007 robbery where a gas-station clerk was shot.

In an e-mailed statement from the U.S. Attorney’s Office, the office would not comment on the Angilau case but defended the use of racketeering charges, pointing out that five of the TCG defendants unsuccessfully appealed their convictions to the 10th Circuit Court.

The office points to the hefty sentences involving racketeering, which include 57 years for one defendant as demonstrating the severity of the crimes. “The significant sentences in this case reflect the serious, escalating nature of the conduct,” the statement says.

While the racketeering cases against the TCG have now concluded with Angilau’s death, his community has only just begun to press for answers about the use of racketeering and the shots fired in the courtroom.
The impromptu meeting with the DOJ was productive for Charlene Lui, a member of the Utah Pacific Islanders  Justice Coalition. She says the community needed to know who to talk to about their concerns and now are scheduling a meeting with the Utah Attorney General. She also says it offered community members a reminder of the need to be vigilant in keeping their children from sliding into criminal behavior.

Like Clara, she agrees that right now the community—and especially the Angilau family—need answers about the shooting itself.

“For the family it would bring a lot of healing at least,” Lui says. “Regardless of whether Siale was a member of a gang, he’s still someone’s son, brother, nephew, grandson—he’s a human being. We all deserve some dignity and respect.”