Happy birthday, America. City Weekly made you a mix 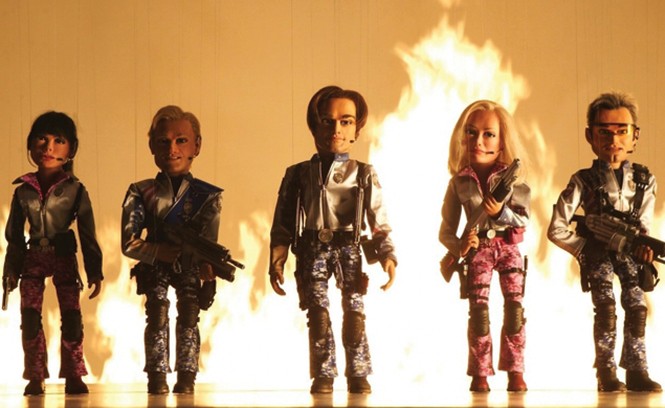 There are two kinds of people: Those who think Lee Greenwood's "God Bless the U.S.A." is rousing and inspirational, and those who find it sappy and sentimental. They're both right, but they both say the other side is wrong. The country is divided between these two camps: Those who'd proudly sport a 'Murrica tramp stamp and those who, if they had to characterize their patriotism on Facebook, would say, "It's complicated." This patriotic mix is a little something for everybody.


If Greenwood's song is sappy and sentimental, this one doubles down on a double-down. But, like Greenwood, Star Trek stunt coordinator Dennis Madalone's heart is in the right place. Released in 2002 as a reaction to the Sept. 11 attacks, it's intended to comfort those who've lost loved ones. Dat video, though. It's corny (baa-ing vibrato, gratuitous mountaintop hero shots, cheesy digital effects), it's creepy (angelic possession, petting children on a playground) and it bursts with jingoistic undertones. But that's one perspective. Close your critical eye, see how it's an expression of shared sorrow and hopeful inspiration, and it's a tear-jerker.


Everybody knows this tune from Team America: World Police by South Park creators Trey Parker and Matt Stone. The professed libertarians' film skewers liberals and conservatives alike. But the song, performed by Parker and Stone's band, targets the jingoism of the latter group, who love it on purely literal terms.


Some Americans fail to see the irony of loving both God and guns, and that's the point of this tune by the greatest cowpunk band of all time. "We'll ask the Lord to forgive us for all our sins/ And we'll look at the latest in gold-plated firing pins," sang late singer-guitarist Buddy Blue. That hammers the point home rather well, don'tcha think?


Prince is a musical genius, but it may stop there. An irresistibly funky rocker with a kickass riff, "America" is full of contradictions. For instance, a minimum-wage worker who's "almost dead" isn't in the black, "but she's happy she ain't in the red." And although Prince trumpets freedom, love, joy and peace in the song, he drops this turd of a verse: "Jimmy Nothing never went 2 school/ They made him pledge allegiance/ He said it wasn't cool/ Nothing made Jimmy proud/ Now Jimmy lives on a mushroom cloud." Huh. Where would Prince be without freedom of speech? (Sorry, Prince hates YouTube. Here's a potato, instead.)


Sometimes patriotism is the furthest thing from your mind—especially on the one night of the year when maybe it oughta be. Originally written by Dave Alvin for the Blasters, then given to X while Alvin temporarily replaced founding guitarist Billy Zoom, the song is a blue lament with striking imagery. Namely, a man sitting alone outside his apartment, smoking and thinking how, while the fireworks burst above him, he and his girl—who's inside, crying in the dark—have lost the spark. Ouch.


America's pretty screwy right now, but we can all agree that when Ray sings this one, we're all on the same page.