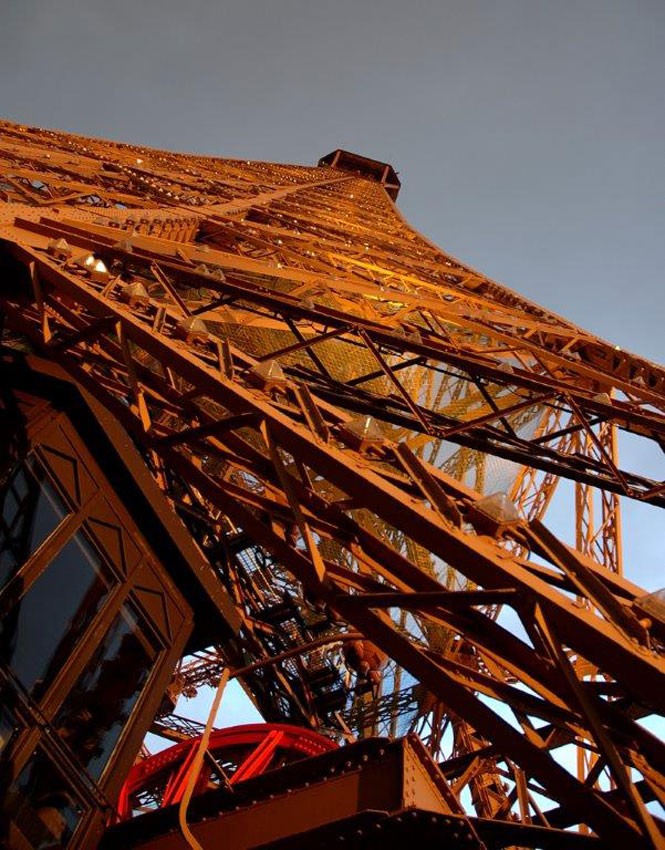 Sometimes the East-West divide isn't as vast as you might think. In the case of two photographers exhibiting at the Salt Lake City Main Library, the gap is as narrow as a few city blocks across town. Frank Langheinrich has taught at East High School since 1998, and Tom Szalay has taught at West High for several years longer than that. Yet their joint exhibition, Confluence of East & West, is a visual odyssey covering thousands of miles and profound cultural contrasts.

Their backgrounds could hardly be more different. Langheinrich emigrated from Germany at a young age, and was imbued with a sense of history from the start. He also had access to a camera and dark room at home, and made use of that opportunity for hands-on experience even before he was school-age. Szaly grew up in San Diego and picked up photo magazines like National Geographic and Life to pass the time while he dealt with his asthma. The summer before college, he traveled America, documenting his journey with a camera, returning to earn a BFA from Ohio University.

Szalay worked as a newspaper staff photographer throughout the 1980s and early '90s, at the San Diego Union-Tribune and the Santa Rosa Press Democrat, but his sensibilities turned from journalistic work to photo essays. He has been featured in Time magazine and other publications, and his photo essay about Romanian orphans and the Institute for the Unsalvageable was published by NPR

As naturally as Langheinrich took to photography, he also wanted to learn the technical aspects. There was no photography class at East High when he attended, although he was their yearbook photographer in 1968. He worked for a local professional photographer, and then took a University of Utah class on the physics of photography" with physics professor Bill Salmon. The photographer he worked for did primarily architectural photos, and architecture features prominently in his work in this show, as artifacts of great historical importance. Before he came to East High, he started the photography program at Rowland Hall.

Both photographers tell captivating stories with their work, sometimes with single images. Langheinrich's shot of a photographer in "Channeling the Perfect Shot" captures a moment of contemplation before her subject, a young bride, arrives; Szalay's print "Restaurant Cook, Tecate, Baja California, 1975," the earliest work in the show, embodies the subject's simple joy in his surroundings.

The contrasts between their styles and subject matter mirror the contrast between east and west in local lore about the two schools: East more upscale and urbane, versus the working-class West Side neighborhood school. Many of Langheinrich's works document his travels in Europe, including the Eiffel Tower, a palace of Bavarian Kings, and the Chateau de Fontainebleu in France; his "Time Warp" demonstrates a dramatic technological contrast, in the form of a person texting in front of an 18th-century cathedral.

Szalay, on the other hand, tends to feature urban street scenes in various locales, though there is nothing in the show as political as his photo from the "Hands Up Rally" in Denver after the Michael Brown shooting. His portrayal of a janitor sweeping near the Lincoln Memorial is a striking social commentary. "Aside from some stylistic differences, Tom, in my view, takes a much closer view of humanity," Langheinrich observes. "I much admire how well Tom does this. I tend to 'paint' in broader strokes, where my people are part of something greater than themselves."

The exhibition space, with works hung on screens against the window in the "Canteena" in the young-adult section of the downtown library, is a bit unconventional, but these artists' students have shown there. There's a unique experience to viewing the work on a sunny morning, as the sun rises over Langheinrich's almost impossibly steep-angled shot of the Eiffel Tower, and light from outside interplays with the incredible light in their works.

This "Confluence" shows how these two sojourners have come full circle, exerting an immense influence on the next generation of local photographers. Both photographers strive to keep their eyes open and keep learning (even from each other) and this both helps keep their work fresh, and provides them a vision to pass on, even in teaching the fundamentals. And both artists employ extraordinary compositional skills, to different ends.

"I stress to my students the importance of studying classical straight photography to help discipline their eyes and broaden their horizons," Szalay explains. "I also tell them to find passion first, and technique will come. Become a composer."