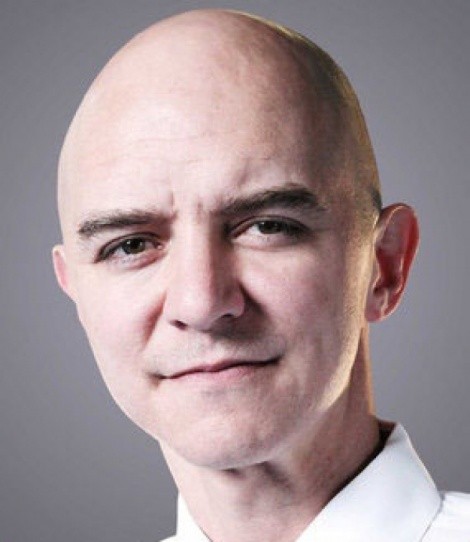 The first promise Jake Shannon makes when I sit down in his sparsely decorated office is that he won’t hypnotize me, which immediately puts me on guard because, after all, Shannon’s a politician. And lord knows how often politicians make hollow promises.

But Shannon, the Libertarian nominee for the Congressional 3rd District, is somewhat of an anti-politician, unafraid to say things most candidates avoid. This is apparent early in the interview, when he explains the primary differences between Libertarians and Republicans, which hinge heavily on social issues like gay marriage and drug laws.

That’s not entirely true, as Shannon, 36, will explain over the course of an hour, but it’s a good introduction to Libertarian philosophies. They are also philosophies shared by many Republicans, especially the Ron Paul revolutionaries and many within the tea-party movement who are mostly focused on the economy and big government. In fact, Shannon even points to his Republican opponent, Jason Chaffetz, as a candidate who campaigned on a very Libertarian-friendly platform but abandoned many of those small-government positions once he became part of said government.

For his part, Shannon is an economic wonk who started (as most Libertarians do) with Ayn Rand but has since pushed far deeper into the laissez faire wormhole. He is a self-employed hypnotherapist and a serial entrepreneur who has successfully launched almost a half-dozen successful businesses, including a reverse-mortgage company and a hypno-training program for wrestlers and mixed-martial-arts fighters. While he says he's not getting rich being self-employed, he values the independence of being his own boss more than a big paycheck.

Shannon grew up in the suburbs of Denver, and as a teenager was “a jock, even kind of a bully” until he was diagnosed at 16 with Hodgkin’s lymphoma. During treatment and recovery, his weight dropped to 117 pounds, so he began focusing on academics and went to the University of Colorado-Boulder on a scholarship. He graduated college with an English degree in 1996, and moved to San Francisco, where he worked three jobs while earning a Masters of Finance from Golden Gate University.

During his time in San Francisco, he had two significant experiences. When winding down late at night, he often watched the ubiquitous Tony Robbins infomercials, which helped lead him to his current financial and career independence. Also, one of his jobs was at a Libertarian bookstore, where he was able to read a lot of books about economic theory.

The economic philosophies of Libertarians, he says, are often misconstrued as favorable to big business and corporations. In reality, the party’s philosophies are “free market but anti-corporate,” especially because corporations demand so much from the government.

While he has a lot of opinions, Shannon says he eschews the political game, which is why he is in a third party. He doesn’t have any illusions about winning, so his primary goal is to force the major-party candidates to talk about issues they would rather avoid.

As proof, he isn’t afraid to tackle gay marriage, which he says should be legal partnerships. “The state should be out of marriage laws. Why are they licensing it up front? They should enforce it on the back end, as they do with any contract.”

As for campaigning, he hasn’t done much door-to-door canvassing or raised much money—this year. He says he may push for a much larger, full-time campaign in 2012, when the seat may very well be open, if Chaffetz decides to challenge Sen. Orrin Hatch, R-Utah. At the same time, Shannon doesn’t seem incredibly excited about the prospect of a political career. After all, he’s perfectly happy with his current self-employed lifestyle that allows him to spend plenty of time with his wife and two children and take vacations when he wants.

“I’m not tied to a desk in some cubicle,” Shannon says. “I can work at home when I want to, which means that any time one of my kids needs a hug, I can give it to them.”