If cybersquatter Robert Paisola is the future of the Internet, then we’re all in big trouble. 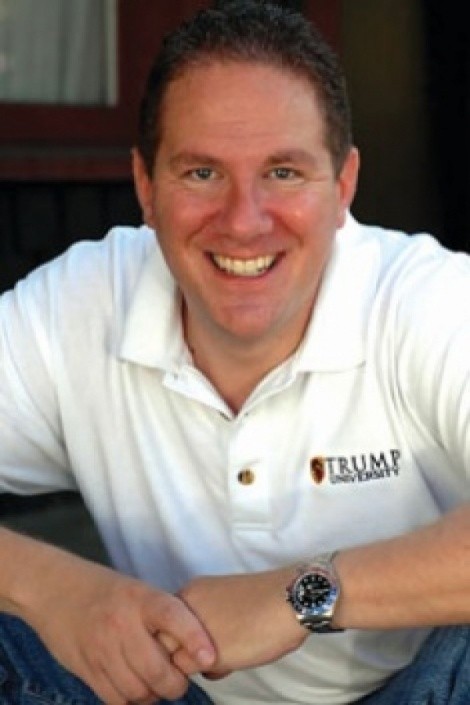 “Welcome to the wonderful world of Robert Paisola.”
The greeting was scrawled in red on a board in a conference room of a Salt Lake City office complex and storage unit site. Paisola, wearing an ever-ready smile, sat at a large round table, waiting.

Actually, the world of felon and alleged Internet cyberpirate Robert Paisola can be downright creepy. It seems the Internet—more so than patriotism—has become the last refuge of scoundrels.

I promised the manager of the building where Paisola and I met not to reveal the property’s name and address. She didn’t want to be associated with 39-year-old Paisola in print, especially after learning he claimed it as one of his offices. Nor did a self-described friend of his at the complex, who held up his hands at the mention of Paisola and walked away. One of Paisola’s relatives even begged via e-mail that his family not be brought into any story.

Paisola, however, wanted to talk—at least for our first and last interview. “I want front page,” he chanted.

So, for two and a half hours, we battled over the truth about Paisola, founder and Chief Executive Officer of a mysterious Utah company, Western Capital Group.

While Western Capital Financial, Inc. is a state-registered corporation, whether or not the company actually has offices or employees beyond Paisola and the Lehi condo he rents from a relative is debatable at best. Paisola’s court-documented criminal past, which includes convictions for insurance fraud, child pornography possession and false loan applications, is not.

Paisola considers the past behind him. “I simply draw a line and move forward,” he said. “That’s the way I am able to create what I create, the abundance in my life. I do so by being able to simply say, ‘That was then, and I’ve paid my price to society for the things I have done.’”

But, if such abundance exists, critics argue, it may come in part from Paisola soliciting fees on the Internet from people being pursued by debt collectors. He professes to be an expert on debt collection on his Website MyCollector.com, but doesn’t reveal that law enforcement agents shut down his first collection agency, and he went to jail for insurance fraud.

Which perfectly illustrates the true wonder of Paisola’s world: It’s built on an electronic version of the street-corner hustle, Three Card Monte. Apparently with plenty of time on his hands, Paisola endlessly shuffles and multiplies Web pages so you never know where the truth is hiding—or if it’s present at all.

Take Robert Paisola's Western Capitol Foundation. Its Web page says it promotes “criminal offender reform.” MSNBC even featured him as a prisoners' rights advocate in a news segment in February. Yet Paisola can’t cite a single prison he’s visited as an advocate or an ex-con he’s helped.

His publicist says he “is quickly becoming one of America’s eminent citizens, motivational speakers and success-training leaders.” But he would not provide a couple of clients to testify to the virtues of his programs.

Add to all this relentless puffery his pressuring of companies large and small with innuendo-strewn blogs and Websites and the overwhelming impression is of a man hiding his past from prying eyes with endless digital sleights of hand—even as he claws at your wallet.

Consider this a cautionary tale: Robert Paisola would like nothing better than to pull you into one of many scams, burrow under your skin and stay there.

BANNED TO JIFFY LUBE
Once I’d examined Paisola’s rap sheet and his conservatively estimated 15 Websites, one fact became startlingly clear: With so much personal information available on the Internet, it’s inevitable that the Paisolas of this world—with just a few minutes of research—can lob grenades packed with misleading information and innuendo at whomever they choose with little or no consequence to themselves.

But, if that was the impression I’d gained from studying Paisola before our interview, he had a different message to sell me. He was inspiring others through motivational speaking to learn from his example of building a future after leaving prison.

“I want to be very clear up front: I stand 100 percent accountable for everything that has happened in my past,” Paisola boomed upon my arrival. His criminal experiences “made me what I am today.” They’ve shown, he says, he can create change by inspiring others with his example. “[I don’t] just sit back and go … I’m a complete victim, I’ll never be able to overcome this, I’m forever banned to [working at] Jiffy Lube.”

Paisola’s concern with an ex-convict’s future being restricted to wiping dipsticks aside, I might have given him more of the benefit of the doubt about his supposed achievements, if, 10 minutes into the interview, he hadn’t whipped out a document bearing my name, my wife’s name, our old home phone number, my home address, and the previous countries I’ve lived in.

He said he’d been informed I was asking questions about him. Throwing that document in my face was his response. I told him how uncomfortable his blatant attempt at intimidation made me.

“Tell me how it feels,” Paisola demanded. “Describe it.”

He later deemed the personal invasion an object lesson in what it takes to be an investigative reporter in the era of the Internet and online information sources like LexisNexis. If journalism in the 1970s was about thorough editing, today, “Mrs. Jones who learns how to blog isn’t going to have checks and balances,” he said. “She’s mad at the milkman because he’s not delivering the milk. That’s where we are going.”

The Internet future Paisola posited, and indeed represents, is already a reality. Under Section 230 of the federal Communications Decency Act, the owner of a Website is not liable for what third parties write on it. So the Internet’s a free-for-all, one never-ending bathroom stall wall where you can scrawl whatever you want about someone you don’t like—and it will never go away.

But for Paisola, the Internet’s not just about instantaneous publication, regardless of veracity. Like a contemporary version of James Thurber’s eternal dreamer Walter Mitty—armed with a digital pen—Paisola has built a labyrinth of Websites and blogs detailing subsidiaries of his businesses and at least 10 supposed careers that speak volumes about his desire to reinvent himself.

The reinvention extends to his criminal past. When it comes to his child-porn-possession conviction, Paisola chooses to rewrite history, even as the consequences of that very crime pursue him into court.

The threat he poses, I discovered, is not only to livelihoods and reputations. He can also steal a person's innocence. Whether you’re a teenage girl in a small Texas town being questioned by local police because, unknowingly, you have a registered sex offender from Utah called Robert Paisola on your list of MySpace friends, or a journalist who thought his professional neutrality was a shield that could not be breached, no one, it seems, is immune.