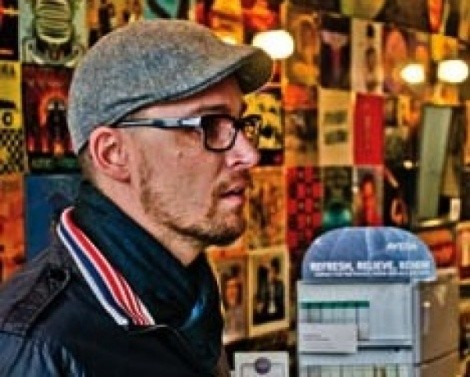 When owners Jed and Nicole Beal opened Jed’s Barbershop in March 2010, they had a simple vision. They wanted a place where people could get salon-quality haircuts at a reasonable price in a cool shop full of Americana memorabilia.

What the Beals soon found out, though, was that their vision, while unique to Utah, wasn’t quite unique enough to keep a Denver-based salon chain, Floyd’s 99 Barbershop, from suing them for infringing on its trademarked quirky décor. So, while the couple was learning the ins and outs of operating a small business, they quickly got a crash course in being a small fish in a business pond populated by corporate sharks.

In putting together their dream salon, the Beals decorated their shop at 212 S. 700 East with various Americana relics, including an old jukebox from much-revered defunct Salt Lake City restaurant Bill and Nada’s, old toys from the ’80s and ’90s, vintage magazines dating from the ’30s through the ’80s, vintage sodas (one free with each cut), murals of iconic music figures on the upper walls and some 450 vinyl album covers of various genres covering the lower walls.

“My spin on the barbershop business was to create a place that doesn’t just appeal to the younger crowd,” Jed Beal explains, “but [to] a grandpa and grandson and everyone in between.”

Beal and his friends went to Randy’s Records and hand-selected the record albums to use in decorating the shop, covering the walls with 50 years worth of fantastic, rare album art. The end result: Jed’s Barbershop was an original, experiential work of art, and ready for business.

But life in barbershop paradise was short-lived.

Utah Stories posted an article about Jed’s on its Website earlier this year, referring to the salon as a “rock & roll barbershop.”

That turn of phrase proved to be bait for the lawyers of the Floyd’s 99 Barbershop chain. Within weeks of the Utah Stories article, Jed and Nicole received a letter from the law firm Ballard Spahr, which cited the article and accused the Beals of consciously copying their client’s “trade-dressed” interior design. They threatened Jed’s Barbershop with a lawsuit for intellectual property infringement.

“Trade dress” is a legal term that refers to the physical characteristics of a product, most often the size, shape and color of a product. If a product is a service, as it is in this case, trade dress can cover the appearance of the shop, the method of delivery of service and so forth. A design can only be trade-dressed if it does not serve a function outside creating product recognition in a consumer’s mind.

When it comes to Floyd’s 99 Barbershop franchises, they’ve already trade-dressed music-themed interior wall coverings in a barbershop, and the rare, vintage album covers apparently fit within the legal definition.

According to the letter, Jed’s looks too much like Floyd’s 99. The interior design, use of outdoor lighting fixtures above the barber stations, and use of toolboxes to store supplies, according to the lawyers’ letter, were all ideas that Jed had stolen from Floyd’s. As the letter states, the interior theme, “is likely to create confusion among consumers as to the source or sponsorship of the services … it violates [Floyd’s 99’s] legal rights in its trademarks and constitutes unfair competition.”

To that point, Beal says he had no idea his shop could be competing with a corporate franchise whose closest shop was a state away. Furthermore, he says he didn’t knowingly steal any of Floyd’s intellectual property. So he hired a lawyer. He didn’t want to go to court, but he also didn’t want to back down. He had built his dream shop.

The Beals, while admitting no wrongdoing, ultimately settled with Floyd’s, agreeing to “cease and desist” their album-cover wall decorations and use of mechanics toolboxes. The lighting fixtures, which were mentioned as a violation in the original letter, were not included in the settlement.

Beal believes he could have won the case had he taken it to court. “We’d just have to prove that another barbershop somewhere used music-themed posters and toolboxes before Floyd’s did.” Somewhere in the world there must be such a barbershop, he thinks, but the legal fees, the stress of court and the possibility of losing everything was too large of a trade-off.

“I wish that I had the money—that was my money—that I could fight these guys with. But since it’s also my investors’ money, who are my friends and family, I can’t,” Beal says. “I can’t gamble that away by arguing whether or not I should have albums on the wall.”

As part of the settlement, the Beals had one month to revamp their shop, something they’ve been doing around the clock in preparation for a grand reopening Nov. 19. Many in the local community, after hearing about the Beals’ predicament, rose to the occasion to help with the redecorating. For many regular customers and employees, the remodeling is an emotional experience.

“I had a customer here yesterday who almost started crying because we’re taking down all the albums,” Beals says.

For the remodel, the Beals teamed up with local artists who are volunteering hours to help out. In order to avoid any potential further “trade-dress” infringements, they asked locals to submit black-and-white photos taken of anything in Salt Lake City. Then, artists Blake and Cat Palmer are wheat-pasting the photos as a collage on the walls in place of the album covers.

“It definitely brands Salt Lake,” Beal says. “No one can come to me as a franchise and say, ‘You’re taking our image.’ No, these are all people saying, ‘We’re giving you our image, take it, paste it on your walls.’ ”