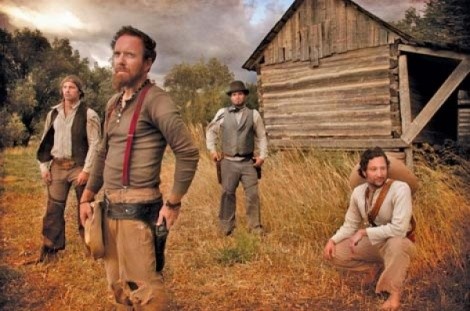 From the lyrical depth of his songs to his soon-to-be-released album’s title, Mon is the most honest he’s ever been on his new project. “As a songwriter, you want to write good, catchy, fun tunes—or whatever will make people listen—and I kind of said ‘Fuck it’ on this one and wrote exactly what I wanted to say,” says the 31-year-old Orem-based songwriter.

Unlike some balladeers, Mon writes almost entirely from experience. “The more and more I write songs, the more and more honest it becomes,” Mon says. “This album approaches darkness more than I ever have, but it’s well expressed and balanced.”

The resulting tunes are a glimpse into the psyche of this soulful singer, found in the Western-twinged roots-rock extravaganza that is the new Turn Coats—Mon’s best effort yet. The CD won’t be released until March 2011, unless you attend the Dec. 3 pre-launch party.

The album’s raw energy is seasoned with experience, yet is youthfully experimental. This duality shows in his appearance, too. Wearing a tweed blazer and bushy beard, he could pose as a community-college sociology professor, but his eyes have the intensity of a brash, youthful rocker, like he was when he first started.

A down-and-out Southern Utah University student in 1998, Mon picked up guitar to save himself from depression, inspired by the musings of Ben Harper. His goal: to learn a few tunes, and maybe write one, as soul therapy. Progressing along, he’d record tracks on his computer. Unbeknownst to him, they were discovered. “My brother snuck into my computer and burned CDs and gave them to people around town ... if they ever surfaced, I’d be so embarrassed,” laughs Mon. “I know [my brother] has a CD somewhere that he’s holding for blackmail purposes.”

Mon’s friend Greg McGary got one and forced him on some open-mic stages, which Mon says was thrilling. “Music is so therapeutic for me, I use it to express angers and frustrations that I normally just internalize,” Mon says. “I remember the first open-mic experience was like, ‘Holy shit, that felt good.’ It was such a bigger release.” This, you can imagine, might have been felt exponentially when Mon opened four shows for JJ Grey and Mofro earlier this year.

After 12 years and four studio albums, Mon demonstrates his talents with wide-ranging songs and singing styles on the new CD, recorded and engineered in his Orem basement by Chad Weis (tour manager and front-of-house engineer for the likes of Mason Jennings, Martin Sexton and Ben Kweller). Mon’s backed by the Starlight Gospel, but their name is deceiving; led by musical prodigy Eric Ellsworth, they’re desert-dwelling rockers, not a church choir.

The band’s lineup has finally solidified after a period of changes during the production cycle—one reason for the album’s title. Bassist Devin Devore was preparing for law school, so they let him play on only four tracks, Mon says. Devore was replaced by Joshua Dunn. Also, drummer Jacob Skaggs was replaced by Bart Olsen for a few tracks; Ronnie Strauss is the current drummer. “There was a lot of turmoil. Artistically, it didn’t work out, but we’re still great friends with everyone,” Mon says.

Despite the turbulence, Mon and company still produced an album with an easy flow—except for the transition from mellow “Hold” into the cheesy “Dr. Pleasure MD”—and a little grit. The catchiest, most Western-sounding tracks, opener “3 Step” and “Gyspy,” are the album’s stars.

Nearing the album’s end, “Lover Come Home” is the most honest song Mon’s ever written, evolving from another depressed time. “It talks about hurt, deceit, family, friends, questioning God, not questioning God. It’s kind of about everything,” Mon says. “Those are the songs I really enjoy writing, the epic ones. That song captures what I enjoy in music, lyrically and instrumentally.”

Its dynamic waxing, waning and eventual build mirror, as a whole, Cory Mon & The Starlight Gospel.