If everything else is more expensive in Europe, why do we pay more for health care? 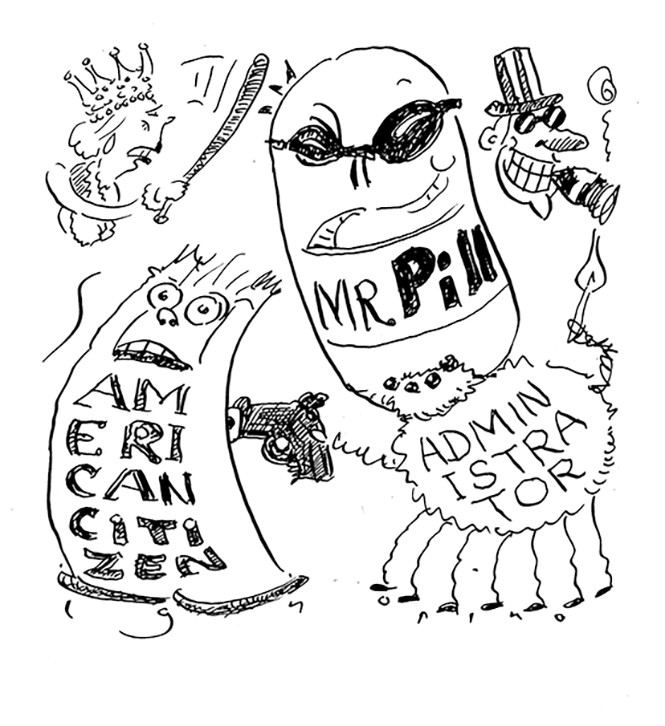 People always point out that Americans pay 2.5 times more per capita for health care compared to Europe and receive much poorer results. But isn't everything in Europe—gasoline, housing, food, taxes more expensive than in the U.S.? If this is true, then how could health care be so inexpensive?
—Pearl-Clutching Provocateur

Priorities, Pearl, priorities. European governments slap heavy taxes on gas, for instance, but they've made sure to contain health care costs. In the U.S. we've done the opposite: Mexico excepted, our gas tax is by far the lowest in the industrialized world, but health care costs are largely entrusted to market forces. American insurers are corporations seeking profits, which raises prices, requiring government to step in and cover excessive costs, and this steady flow of state money in turn allows insurers to raise prices even further. In the end, our health-insurance system doesn't look too different from what you'd get if you'd set out to design one as expensive as you could manage.

Look at administrative costs. Twenty-five percent of hospital spending in the U.S. goes to administration, compared to just 12 percent in (e.g.) Scotland. Why? The Scots use a single-payer insurance system (you know—the kind we're not allowed to have), wherein the hospital simply sends a bill to the government and gets reimbursed. In the U.S. there are multiple payers: private insurance companies, government insurance plans and patients. Sorting through this crowd to determine who'll pay for what is a full-time job—many, many full-time jobs, in fact. And insurance companies need to cover their expenses and make a little profit themselves.

So do pharmaceutical companies, which brings us to a more headline-grabbing cause: high drug costs. We all remember the outcry when Mylan marked up its EpiPen by 400 percent, but that was merely an extreme example of the rational-capitalist behavior drug firms engage in all the time. When your product can literally save a life, and you've got a 20-year patent monopoly on it, you'll tend to price it like the goldmine it is—unless someone steps in to regulate you.

And European nations do. The UK's National Health Service, like other Euro programs, negotiates pricing with drug companies to limit markup. By contrast, Medicare, the biggest drug customer in the U.S, is legally barred from such negotiation, and it reimburses doctors more when they prescribe more expensive meds. Meanwhile, companies maintain their monopolies by tweaking drugs' nontherapeutic aspects to extend the patent. And even when generic alternatives exist, laws in 26 states require patient consent for pharmacists to make a substitution, meaning that prescriptions needlessly get filled with pricey name-brand drugs instead; as a result, a 2016 Harvard report found, Medicaid shelled out an extra $19.8 million in 2006 for the cholesterol drug Zocor alone.

The pharmaceutical industry can't just shrug and say, "Well, capitalism," without inflaming popular opinion, so it defends high prices by pointing to R & D costs: Somebody's got to invent these new wonder drugs, they say, and that process ain't cheap. Thing is, the pharma companies aren't bearing these costs all by themselves—especially in the early stages of drug development, a lot of the key work might get done at the National Institutes of Health or in university labs. The actual cost of drug research is hard to pin down, partly because pharmaceutical companies are so secretive about their accounting. A 2014 study from a pharma-backed organization priced the per-drug development cost at $2.6 billion, but independent research has it as low as $161 million.

Doctors are more expensive in the U.S., too. A stateside physician might earn effectively three times what her German peers do; on the other hand, she's probably paying off debt, whereas in Germany, a medical education is basically free. Again: priorities. Physicians' groups also blame our litigious society, which they say leads doctors to practice defensive medicine—guarding against malpractice claims by ordering excessive testing and procedures. It's tough to say how much these tendencies cost us, as doctors have widely varying ideas about what's necessary treatment and what's ass-covering: A 2010 Harvard study put the annual impact of defensive medicine in the U.S. at $45.5 billion; a big health care staffing company used data from a Gallup survey of doctors to come up with a figure seven times higher.

Whether fear of malpractice suits motivates our docs or not, we certainly do get more care than our European counterparts: three times as many mammograms, 2.5 times as many MRIs, about 30 percent more C-sections. But the benefit of that extra care is hard to gauge. For instance, Pennsylvania, which has roughly the same population as Ontario, has about six times as many hospitals where patients can receive open-heart surgery. Here's the thing, though: The fact that this treatment is more readily available means U.S. patients (insured ones, anyway) who might not need it go under the knife just to be safe; meanwhile, life expectancy after a heart attack is about the same in both Ontario and Pennsylvania. Still, would you or I pass up a potentially life-saving operation based on that statistic? Probably not—and there's another part of what's keeping our costs so high.