Bittersweet Tune: Country Strong overcomes heavy-handed missteps for a solid tale about the price of fame. 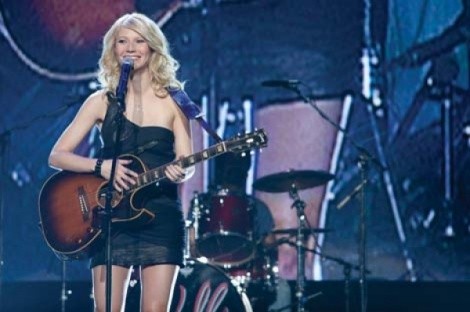 Oh, how silly, the movie about the lady country-music superstar, with Gwyneth Paltrow as the Faith Trisha LeAnn Shania mashup! Hey, cute: She meets the boy-toy up-and-comer who might become her lover in rehab! Aww, adorable: An orphaned baby bird is tucked into the movie so that it can become all, like, metaphorical and stuff for how fragile and delicate is a lady country-music superstar on the downslide. Sniff.

But I’ll be danged if I didn’t come way the hell around by the end of Country Strong—though I’m not sure I can ever forgive it its title—or the baby-bird thing, for that matter, which is literally carried way too far not to be laughable. Yet if writer-director Shana Feste set herself an uphill climb here with such heavy-handedness, she scales it fairly effortlessly, too; there’s solid workmanship and authentic emotional muscle in this movie. I was startled to find myself overwhelmed, eventually, by its ragged charms and its rough-edged vision of female power and pain. For all that it might seem that we’ve seen this same story—the rags-to-riches arc of the artist—before, we’ve never seen it done quite this way. It’s intimate rather than epic, suffused with bitter irony and unsentimentally bald-faced about the wages of fame.

In fact, this isn’t even a rags-to-riches story; it’s a riches-to-ruin variation. Kelly Canter (Paltrow) is already huge as Country Strong opens, and she’s already struggling to maintain her career and her self—and things aren’t looking to get better when her husband and manager, James (Tim McGraw), checks her out of rehab early. She’s still as fragile as, well, that metaphor-toting baby bird she found on the grounds of her fancy-schmancy residential clinic and has been nursing back to health. She found something else in rehab, too: a hunky, sensitive singer-songwriter named Beau Hutton (Garrett Hedlund, so blandly forgettable in TRON: Legacy, yet pretty riveting here).

James is ready to send Kelly immediately onto a mini three-city comeback tour, and he wants beauty-queen-turned-singer Chiles Stanton (Leighton Meester) to open for her. Kelly wants Beau. They both get their way, and so commences a sort of love rectangle among the four of them, as age and experience contend with youth and innocence, both in bed and out. Will Beau and Chiles avoid the pitfalls of newfound celebrity? Will Kelly and James patch up their troubled marriage? Will Kelly be able to pull off a single performance, or will she revert to whatever it was that landed her in rehab in the first place?

Feste—who gave us the lovely, little-seen Sundance 2009 drama The Greatest—never lets Kelly or her plight descend into the sordid, and she does let a biting, dry wit underscore it. Giant American flags flutter down as a backdrop to Kelly’s onstage breakdown on the first stop of the tour; it’s a very American hunger for fame on Kelly’s part, and a hunger to create fame on the fans’ part, that is inextricably mixed up in Kelly’s problems.

This is a world, too—as Feste’s acid observations depict it—in which “emergency press conferences” and Make-A-Wish Foundation appearances can redeem tarnished fame, but also one in which the fame is not necessarily undeserved. It was, in fact, the scene late in the film in which Kelly shows up in a classroom as a surprise treat for a dying boy—and sings a lovely little song she improvises on the spot for him—that won me over. Neither Feste nor Paltrow—who displays an authoritative maturity here as an actor, in addition to a great singing voice—had gone out of their way to make Kelly overly ingratiating, and so to suddenly discover how much I liked her was a pleasant revelation.

Even better was the realization that I had not been manipulated into liking her—or, indeed, into liking the movie itself. Country Strong is far from perfect, but its honesty and lack of guile—even the terrible title and the baby-bird thing are sincere, if misguided—make it more winning than a movie that forces itself upon me.