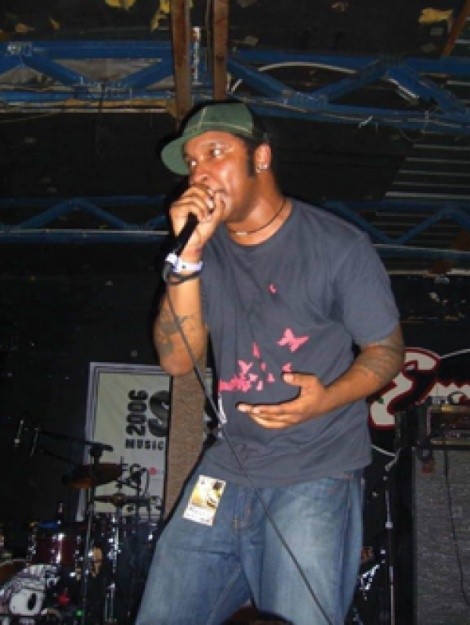 Hip-hop hates Stefon Alexander. Just flat out doesn’t like him. Wouldn’t even notice the guy if he walked into a room. Hip-hop just can’t stand him. Thinks he’s low or something. An interloper—like Lindsay Lohan at an AA meeting.

Yeah, as P.O.S., the guy can rap; hip-hop will give him that. He can toss out twisting rhymes with relative ease. But he doesn’t rap about the kind of things hip-hop cares about—booze, fine ladies and hitting the club. No, he has to touch on things like politics and personal feelings—stuff The Source prefers left unsaid. And he certainly doesn’t come up with the kind of tracks Timbaland or Pharrell seem to spit out with creepy regularity. His hooks are angled, choppy and distorted, the stuff of a guy who really knows how to play bass, guitar and drums. So, as far as hip-hop is concerned, Alexander is someone who just needs to go away.

Which is just fine with him. The last thing P.O.S wants is to be chilling next to 50 Cent at the Video Music Awards waiting for his Best Use of Crunk Juice as a Booty Moisturizer statue. He’d rather be out hanging with kids or trying to freak out a crowd—basically P.O.S.’s favorite pastime. Hip-hop can go do whatever.

“I don’t see myself being taken seriously by the hip-hop community, and I don’t really care,” the Minneapolis rapper says. “Rap fans look at me like I’m crazy. They don’t know what I am.”

Mainly because Alexander refuses to play their game. As P.O.S.—which can stand for “Product of Society,” “Promise of Skill” or even “Piece of Shit,” depending on the day—he tries to sound like anything but a hip-hop artist. “One of the biggest problems I have with hip-hop is that it sounds like hip-hop,” he says. There’s always clicking or synthetic beat, a keyboard wash or some sort of endless loop. Maybe some strings or horns are thrown in for a different flavor, but it’s all relatively the same.

“It’s always a 16-bar jazz loop over a generic beat. I don’t care how good of an emcee you are. I’ve heard so many good emcees rapping over a jazz loop that it’s just boring, so that’s the last thing I’m going to do.”

Instead, P.O.S. treats hip-hop like a wad of Play-Doh: something he can continually play with and change. He creates tracks that are alternately slinky and stylish, frustrating and funky. Either way, his sophomore record Audition never settles into anything that’s safe. Like “Bush-League Psych-Out Stuff.”

Forgoing the standard bass-drum booms, Alexander lets the continually crawling bass line control the rhythm, weaving in and out of his rhymes like a car working through traffic. Or “Safety in Speed (Heavy Metal),” an eerie and tense track that both skewers pop culture and gives The Hold Steady’s Craig Finn a chance to play emcee—rather convincingly, no less.

On “The Kill in Me,” P.O.S. channels his anger into a disturbing blunt chorus: “You can’t cut surgically with a shaky hand/ And honestly my nerves are shot again/ Let me treat you like a doll and snap your neck in my hands.”

That rage gets spread wider on “P.O.S. Is Ruining My Life,” Alexander running through a long litany of things that got him close to exploding. And on “Stand Up (Let’s Get Murdered),” the record’s standout track, he finally let’s go his frustration over a massive beat that—just to prove he can—puts Kanye to shame.

“That’s part of the reason people have a problem with me,” he says. “The shit’s loud. The shit’s abrasive. It’s not like everything else, and I enjoy that.”

And so do, increasingly, a lot of other people. While P.O.S. has had problems making inroads with the hip-hop community, he’s been getting bear hugs from the punk crowd. His stint on this summer’s Warped Tour has been a general hit. “If people just open their minds, they dig it,” he says.

He got similar results on recent stints with math rockers Minus the Bear and indie rock/rap group Gym Class Heroes. In fact, the guy has barely left the road in the last two years, something he finally intends to do in a couple weeks so he can begin work on a new record and finishing up the debut by Doomtree, the Minneapolis hip-hop crew P.O.S. helped found. “I’m planning to lay down some more completely ridiculous shit,” he says. “It should be great.”

And while that ridiculous shit probably won’t score him the cover of XXL, P.O.S. has more important people to please. “It’s all more for me,” he says with a slight laugh. “I do what I want to do, and I love it when I’m onstage and people are looking at me wondering what the hell is going on, what’s happening, until I start rapping. That’s just great to me.”