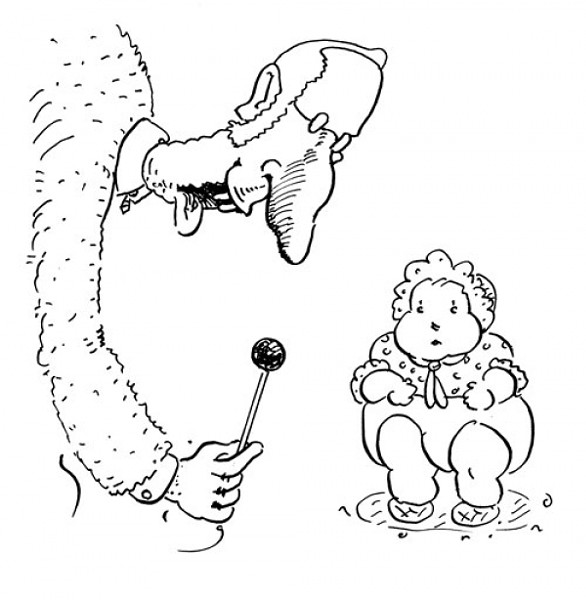 The Sandusky horror is just the latest in a seemingly endless stream of pedophile scandals. Is there any reliable information on the incidence of these kinds of crimes? —Stan Kaplan

Let’s start with the bright side: There’s no indication sex crimes involving children are more frequent than they used to be—what’s changed is we’re hearing more now about scandals that were previously hushed up. The grim fact remains that the situation was, and is, pretty bad.

The Penn State child sex scandal got a lot of press, as did the revelation of serial child molesters in the Catholic church and the Boy Scouts. You get the impression pedophilia is spreading like wildfire. Is it? Moral panic aside, probably no.

Pedophilia is defined as persistent sexual attraction to children where the perpetrator is at least age 16 and the victim is at least five years younger. As such, it’s a subset of child sex crimes in general, which also include acts between kids of similar age (I can remember an eighth-grade horror story or two) and opportunistic, one-time offenses. Such distinctions may be academic, or, as some critics have argued, irrelevant—it’s been estimated nearly 9 in 10 child molesters either meet the criteria for pedophilia at the time of the offense or eventually will.

But let’s not sweat those details. In theory, there should be two ways to get a fix on the prevalence of pedophilia: Count the molesters, or count the molestees. Unfortunately, collecting reliable numbers for either is as tricky as it sounds.

Statistics on pedophiles are dubious for the obvious reason that cases typically come to light only as part of a criminal investigation or during psychological treatment. Studies of any type of sexual behavior based on self-report are notoriously unreliable, and surveys of pedophilic tendencies surely are doubly so—this doesn’t seem like the kind of thing most people would admit to, even anonymously. That caveat having been made, here’s a sampling of the research:

n A 1991 study found 3 percent of some 600 college men reported having had a sexual experience with a child when they were 16 years or older.

n Lest you think this is strictly a male kink, a 1997 survey of more than 500 college women found 4 percent had at some point had sexual experiences with a child at least five years younger. Just one problem: These women were, on average, only 12 at the time, meaning we’ve strayed pretty far from pedophilia as usually understood.

We turn to the more important question: How many children do pedophiles victimize? Here, too, it’s difficult to say—the numbers reported in different studies simply don’t match up, possibly in part because different types of sexual abuse are often conflated.

For example, a 2007 report on pedophilia from the Mayo Clinic cites a survey of 1,500 Canadian young adults that found nearly a third of the women and a sixth of the men had experienced unwanted sexual contact before they were 17. Those are alarming numbers. But the report goes on to say, “Most of the one-time offenses reported by females were committed by another adolescent of similar age.” Is that bad? Absolutely it’s bad. But it’s not pedophilia.

Likewise, a 2010 study says, “There have been marked declines in ... childhood exposure to violence and abuse from the early 1990s to the recent past,” and as proof gives a long list of indicators, one of which is a 53 percent drop in proven sexual-abuse cases.

However, when you dig into the guts of the study, which compares the results of two telephone surveys of violence involving children in 2003 and 2008, you find two things. First, kids’ reports of sexual abuse by adults, as opposed to by other kids, have declined only modestly. Second, and perhaps more significant, the incidence of such reports is small, around 0.3 percent.

Reports of other types of abuse, such as flashing and statutory rape, are more common, in the 1 to 3 percent range; arguably, some of this qualifies as pedophilia. (For what it’s worth, they’re trending down.) One percent or even a third of 1 percent is a lot when spread across the whole population. But there’s little sign of a massive unrecognized problem.

Given the state of the data, we can’t draw any definite conclusions, so let’s just call the following observations. It seems reasonable to say pedophilia is one of those ineradicable but not especially common impulses that, unlike other forms of sexual and child abuse, has never been widely tolerated. Given greater awareness and more precautions, therefore, one may suppose that, however often pedophilia occurs now, it’ll happen less in the future. That may be wishful thinking. But notwithstanding news reports, there’s no sign it’s happening more.