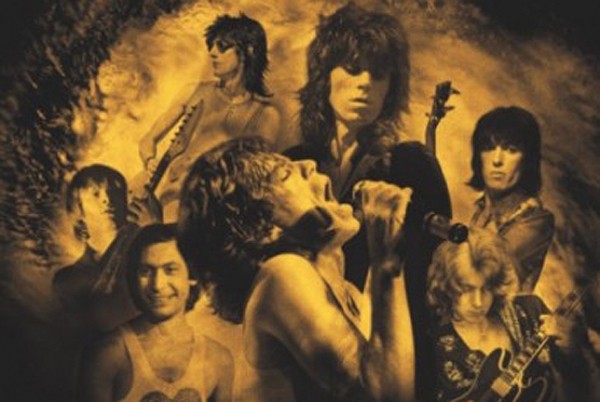 Documentary: The Rolling Stones always were, and still are, cooler than the Beatles. Sure, they’re incapable of knowing when to retire and haven’t produced a truly classic album since 1978’s Some Girls, but even the dead Stones stink less than Paul McCartney. Crossfire Hurricane, directed by Brett Morgen (The Kid Stays in the Picture), crosscuts thousands of familiar, obscure and unseen hours of footage from the band’s 50-year run, including present-day narration by the shrunken-apple heads themselves; wisely, the 1:40 doc concentrates more on the lean-mean ’60s and ’70s than the creaky-leaky ’90s and ’00s. Not only does Crossfire Hurricane effectively illustrate why the Stones deserve the title of “The World’s Greatest Rock & Roll Band,” it also shows why you should get out while you’re still golden gods, not The Golden Girls (pay attention, Aerosmith).

Season Finale: The “College Cycle” of Tyra Banks’ glam catfight didn’t lose a step with the introduction of new judges—not even useless “Social Media Correspondent” Bryanboy—but sending codependent nutjob Victoria home weeks ago took most of the fun out of dysfunctional (if ANTM did post-elimination follow-ups, we’d likely be treated to the sight of a babbling Vic wearing her mother’s skin around like a housecoat). Still, it’s a solid Final 3: The Only TV Column That Matters™ would project a win for tiny Leila Goldkuhl this cycle, but after the extreme prostate tickling inflicted on Karl Rove on Election Day last week, I’m calling nothing.

Wedding Band
Saturdays (TBS)
New Series: Having faced the wrath of wedding planners on a handful of occasions as part of the hired music, I didn’t see the comedy to be wrung from Wedding Band when it premiered last week—when the show’s planner (played by The Office’s Melora Hardin) makes a reference to “cutting off balls and wearing them as earrings,” combat flashbacks ensued. But, unlike other TBS original comedies, Wedding Band has no canned laugh track, runs an hour instead of 30 minutes, and is actually funny. Brian Austin Green (still known as one of the original 90210-ers) and Harold Perrineau (Lost, and the current villain du jour on Sons of Anarchy) lead a Seattle wedding band of buds through every ridiculous nuptial theme and mishap imaginable—it’s Spinal Tap with cake, and occasionally even rises to the hired-help comic level of the late, semi-great Party Down (Netflix it). That and the Saturday-night time slot guarantee this won’t last long; best check it out now.

It’s Christmas, Carol!
Sunday, Nov. 18 (Hallmark)
Movie: It’s not the first new Christmas movie to air this season, but it is the first re-re-re-re-re-re-re-re-re-recycling of that inevitable classic, Scrooged, er, A Christmas Carol—at least as far as I care to research. You know the story; this version stars sci-fi vet Emmanuelle Vaugier as a successful bitch-on-wheels book publisher who apparently needs to be warmed up for the holidays by the likes of Carrie Fisher and Carson Kressley. The message: Sure, you’re head of an outdated company that’s somehow thriving in a crap economy, thanks in no small part to your ruthless drive and fabulous fashion sense, but can’t you be nicer to the underlings you’ve kept employed and off the streets, puh-leez? Another anti-ambition, anti-capitalism propaganda piece—thanks, Obama Claus.

Jim Rome on Showtime
Wednesday, Nov. 21 (Showtime)
Series Debut: Says here, Jim Rome is some kind of “sports broadcaster” who’s quite well-known and respected. I’ll take the press release’s word for it. What I want to know is: How many brainstorming sessions, corporate meetings and focus groups did it take to come up with the genius show title Jim Rome on Showtime? Just askin’.