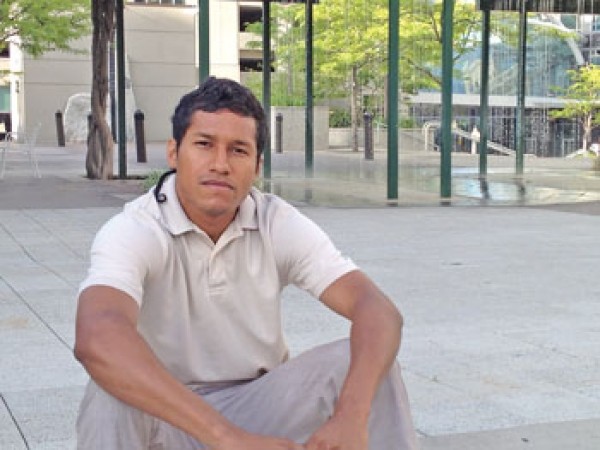 “Crowdfunding” platforms like Kickstarter have been giving average people the chance to chip in a buck or two to fund projects ranging from humanitarian trips abroad to someone’s first novels. Now, a local group is starting its own platform to crowdfund startup businesses in Salt Lake City.


The ability to allow average people to invest small amounts in local businesses was only recently made possible by the passage of President Barack Obama’s Jumpstart Our Business Startups (JOBS) Act, signed into law in April with bipartisan support.


David Brooks, founder of community-outreach group Revolution United, has been seeking new ways to engage and empower his community. His movement shares the ideals of numerous other feel-good social-justice groups in the area—but now it may be fueled by more than plucky idealism. Brooks is currently setting up an “Invest Local” platform in coordination with partners at the University of Utah, nonprofit small-business group Local First Utah and philanthropic nonprofit the Community Foundation of Utah.


“If you have a passion and you can turn that into a business and show that to the people and provide a plan—it will come to fruition,” Brooks says.


Brooks’ group began with plans to start socially responsible projects in local neighborhoods. The Invest Local platform he’s pushing would help small businesses in Salt Lake County get on their feet with small investments, likely from people who live or work in the neighborhood. With Kickstarter, would-be funders receive special gifts or recognition for the amount they chip into a project, while the JOBS Act would provide investors with more than warm fuzzy feelings—they would receive actual dividends on their investments.


The law is crafted to ease the restrictions on unaccredited investors—those who make less than $250,000 a year—to allow them to take part in investing rounds for certain startup businesses.


The law allows for crowdfunding “hubs” to be set up and registered with the government.


While the technical rules of the program are still being hammered out, the law did set limits for investors and startups. The law allows startups raising $1 million or less to sell equity shares of up to $10,000 to investors. The law also changes a rule that formerly required companies with 500 or more shareholders to open their books to the Securities & Exchange Commission; under the JOBS Act these small investors would not count toward the 500-shareholder rule.


“This act seems to be written with the idea that there are a lot of good ideas out there that just can’t get funded because the banks or the SEC or the venture capitalists or someone is standing in the way of good ideas and money,” Schaefer says. “I’m not sure that’s true.” Schaefer questions how the free market as it stands would let winning ideas languish.


Schaefer also points out that current intermediaries—such as banks—provide returns on depositors’ money through investments, and they have the resources, tools and experience to separate bad investments from good. Small startups, however, could sell unsavvy investors on business plans that should not really be invested in.


Schaefer says most people would say no, but if enough people lose money on bad investments, people will ask “Where was the government? Why weren’t they protecting us?” he says.


For the platforms to be done right, Schaefer says, they will need to be transparent and vet startups well.


Brooks, a 27-year-old University of Utah graduate with a background in design engineering, says the Invest Local idea he’s promoting is picking up steam, and those involved are working hard to make sure the program will run as transparently as possible once it gets going. He’s already coordinated with partners at the University of Utah and Buy Local Utah and has even talked of collaborating with Brigham Young University, which is also seeking to develop a national, large-scale platform for small startups, one that Brooks says could even rival Kickstarter. Brooks likes the idea but also wants to stay close to the communities in Salt Lake County and would set up a smaller hub if it means keeping more local control.


Brooks sees great potential in the platform and likens it to a project he developed in June 2011 with the Boys & Girls Club of Midvale, which started a “Snack Shack” run by youth at the club. He would like that business to be fully funded through the crowdfunding platform once it gets set up so the club could buy a food cart that could be taken to special events to raise funds for community-outreach programs.


“It’s a perpetual system where we as a city, society and culture make things happen that we desire collectively,” Brooks says.


Brooks says he’s realized that Utah is a location that’s poised and ready to use platforms like this to make their communities stronger.


“I grew up in the ghetto of Pacoima, Calif. I’m half black and Mexican, and I had cousins in the Crips and the Bloods and cousins and uncles on 18th Street, and they were fighting each other all the time. I always thought, ‘Why?’ ” Brooks says. As he left that environment, studied and traveled abroad, eventually settling in Salt Lake City, he became aware of how communities could work together instead of fighting with one another.


“Utah is very community-driven, about working together to make things happen,” Brooks says. “That’s what Utah was founded on.”