The 2014 CrucialFest is going big or going home 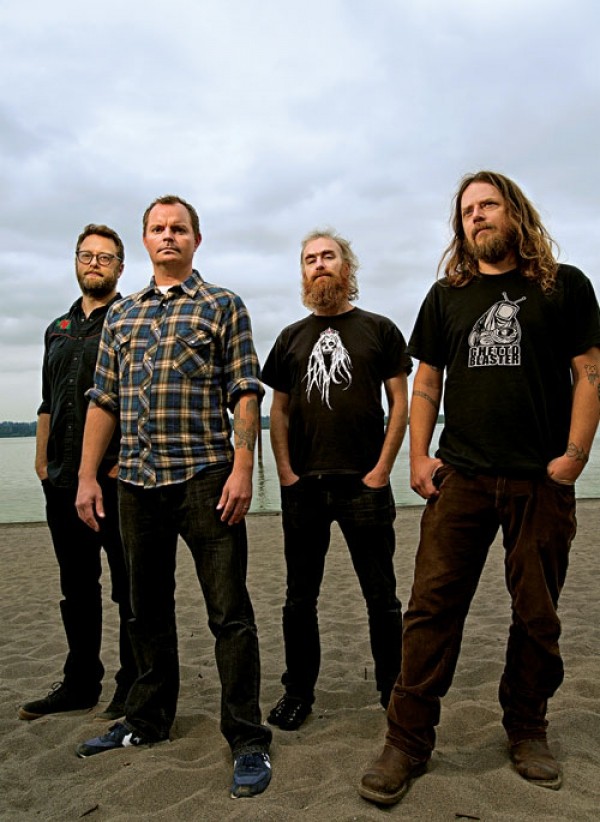 As a festival dedicated to “all things loud,” CrucialFest is one of the few events in Utah where attendees can get their hearing sufficiently damaged by a barrage of rock. But how, when and where that tinnitus happens—and to whose ears—has often changed since the festival was founded in 2011 by Exigent Records owner Jarom Bischoff.

Since its inception, CrucialFest has seen multiple structural adjustments, as organizers have attempted to include both indoor and outdoor showcases, experimented with introducing non-rock genres into the lineup, and continually sought out ways to improve the audience’s experience and make the festival as beneficial as possible for performers.

And this year’s CrucialFest—happening June 4-7, with more than 50 bands performing at seven downtown venues—isn’t any different, meaning it is different. Bischoff is getting rid of what hasn’t worked in past years, expanding the festival’s lineup to be its most impressive yet and honing the fourth CrucialFest’s focus to strictly rock and metal.

Now, the multi-showcase event is at a crossroads. This year’s CrucialFest “will determine a lot for how we go next year,” Bischoff says. “Whether we keep going all out and expanding, or whether we are trying to regroup and figure out what we need to do to make things more successful.”

For the 2013 CrucialFest, Bischoff shook up the status quo by including acts such as Atheist, Better Taste Bureau (called Hurris & Gig at the time) and New Truth in the festival’s first-ever rap showcase. But the detour into hip-hop was short-lived, as rap is out for the 2014 CrucialFest. “We’ve sort of fooled around from year to year including lots of different types of music that we think might go well,” Bischoff says. “But this year we’ve kind of gone away from that because it’s never really panned out the way we think it should.”

In addition to the requisite rock in the lineup, this year’s CrucialFest will feature bona fide metal. “We haven’t included very much straight-up metal before,” Bischoff says. “But this year we’re having a bunch of actual metal bands, so that will be a little bit different.”

As another modification, the 2014 CrucialFest will be geared more toward the 21-plus crowd. Out of the festival’s eight showcases, only two will be for all ages, held at The Shred Shed and the AFLA Community Art Garden. While past years have had more all-ages shows, they typically “haven’t done as well, so we’re just catering to the crowd that we know attends CrucialFest,” Bischoff says.

But what’s probably the most obvious change is the band lineup. While past years have featured only local bands and lesser-known national bands, this year, attendees will see bands as prominent as Red Fang from Portland, Ore.; Big Business from Los Angeles; and Kowloon Walled City from San Francisco, all of which are newcomers to CrucialFest.

As the festival grows, Bischoff says, it will put Utah more on the map for bands that usually treat Salt Lake City as only a place to stop for gas. Bringing significant national acts to CrucialFest will “change people’s ideas about Salt Lake and show them that there is a good music scene here,” he says.

Another goal with bringing in bigger names is to “expose local musicians to more people and more fans and build a network between Salt Lake and other cities around, especially like Denver and San Francisco and Portland,” Bischoff says. “So by getting all these bands from other places to come together here and play, they all meet each other and network, and so the next time a band wants to go book a tour on the West Coast, they know five bands that can help them out already.”

Despite CrucialFest’s growth, it will never get to the point “where it’s like Warped Tour or something,” Bischoff says. “It’s always going to be a focus on local music and smaller bands that are making a name for themselves. But if I can have some good headliners, then that’s great.”