Facing trial for disrupting a BLM lease auction, Tim DeChristopher thinks time is running out... for everyone. 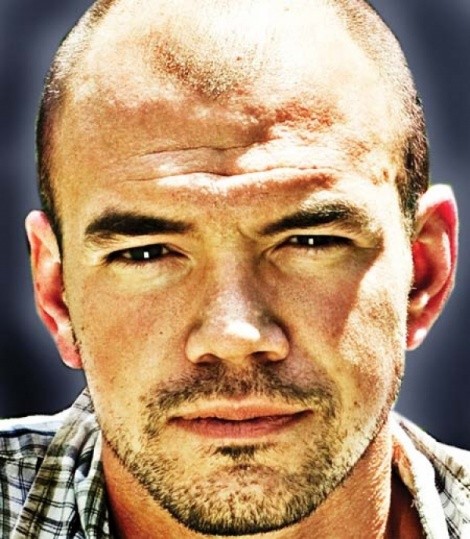 The first time I saw Tim DeChristopher was on the evening news, December 19, 2008. He was on the sidewalk outside the Salt Lake City offices of the Bureau of Land Management on 400 West and 200 South, having just been released after hours of questioning by BLM officers. They were interrogating him over fraudulent bids he had made on 22,000 acres of land, totaling $1.7 million, during the oil and gas lease auction that had taken place earlier that day. At that moment, he was facing another barrage of questions from the press. It was lightly snowing in the background.

Watching DeChristopher, a college student, come to grips with his newfound celebrity, I remembered something George Orwell had written about Mohandas Gandhi: “Saints should always be judged guilty until they are proven innocent, but the tests that have to be applied to them are not, of course, the same in all cases.”

Not that I’m trying to imply that DeChristopher is a saint. But it was easy to see the passion play in which he was about to be cast, wherein his supporters—environmental activists young and old, local and nationwide—would praise his bravery and conviction, while his critics—bureaucrats and energy-industry representatives—would fling insults, like “eco-terrorist,” in place of arrows. This was all very predictable, so beyond taking in a few news snippets, I tuned out the DeChristopher story at first.

But I continued to hear about him from a few environmental-activist friends. They’d gotten involved with Peaceful Uprising, the group DeChristopher co-founded in the wake of the auction. In late February, they flew out to Washington, D.C., for the Power Shift ’09 Climate Policy Conference, and upon their return, had acquired an evangelical passion for the issue.

In mid-January, on a whim, I attended a public forum at the First Unitarian Church of Salt Lake City about the possible necessity of civil disobedience to combat climate change. I was intrigued because the idea of a public forum on civil disobedience seemed anachronistic to me. As something of a failed activist who has fallen into chronic disillusionment, I couldn’t imagine many people would want to take part in such a conversation. So, I was amazed when I arrived to find standing room only in the main hall, and new arrivals being directed to an overflow room with a live video feed.

The event had obviously struck a chord. It was organized in response to an open letter issued by environmentalist and Deep Economy author Bill McKibben and Kentucky poet and farmer Wendell Berry, who were advocating the nonviolent disruption of the construction of new coal-fired power planets (Al Gore had issued a similar call not long before). In addition to talks by minister and host Tom Goldsmith and former Salt Lake City Mayor Rocky Anderson, Tim DeChristopher was on hand to discuss his personal experiences.

This was the first time that I’d put DeChristopher’s actions in the context of the civil-disobedience tradition, and to see them as more than an anomaly. In 2007, Greenpeace activists occupied a power plant in Kent, England, for several days. In April, dozens of climate-change protesters were arrested at the G-20 summit in London. Last month, 71 protesters were arrested in Copenhagen outside a conference of multi-national energy conglomerates.

Pat Shea, one of DeChristopher’s attorneys, made a similar but more passionate connection upon first meeting DeChristopher. “During the past 30 years, there have been very few clear examples of something that was very important to me in my youth—disciplined, nonviolent civil disobedience that challenges a government activity that is improper or immoral,” he said.

Shea, a former national BLM director, is hardly a radical, but he does strongly believe that civil disobedience is a legitimate form of recourse for citizens against their government. “It’s actually anticipated in the third phrase of the First Amendment, about the right to petition the government. It’s a responsible form of protest, but it is not one to be undertaken lightly. There are real consequences, and it requires serious forethought.”

That requisite seriousness seems to be DeChristopher’s defining characteristic. Far from being a “hippie freak,” DeChristopher, with his neatly shaven head and square jaw, is clean-cut bordering on austere. In my few social encounters with DeChristopher, I’ve found him to be courteous but reserved and maybe a little arrogant. It’s almost impossible, though, to detect any motive behind his actions to undermine the BLM auction other than pure principle. He honestly believed his actions could prevent the extraction of fossil fuels, the consumption of which releases more carbon dioxide into the atmosphere.

The first time DeChristopher and I were properly introduced was on a rainy day in early April. He was alone, walking across the University of Utah campus en route to speak at a rally for “People Over Profits.” He seemed a bit despondent. Earlier that week, a federal grand jury had indicted him on one count of violating the Federal Onshore Oil and Gas Leasing Reform Act and one count of making false statements to a federal authority. He faces up to 10 years in prison, and $750,000 in fines.

His speech that day was the darkest I’d seen him give—literally, he was backlit and his face was hidden by shadows. But his words were no less stark. “We are probably going to lose the battle for a livable future,” he said. “We are getting down to that crunch time … We’ve got this quickly shrinking window in which to make radical, radical change. And that is something that sets the climate-change movement apart—that there is a deadline, and we may very well fail to meet it. Martin Luther King Jr. said, ‘The arc of the moral universe is long but it bends toward justice.’ That might be true. But right now, the arc of the physical universe bends toward extinction.”

The Auction
It’s a few minutes after noon on a day in late May when I meet DeChristopher outside his house near Sugar House. He and the other residents of the triplex where he lives are cleaning out a shared garage and planting a long row of grapes along a fence. In the driveway sits Sustainable Seamus, a giant paper-m%uFFFDché unicorn constructed by Peaceful Uprising as a visual metaphor for “clean-coal” technology (implying that both are fantasies).

DeChristopher’s hands and clothes show signs of a long morning of gardening. We were scheduled to meet for coffee an hour earlier, but it had slipped his mind. After he and his friend Jessi—whom I have known since high school—briefly show me around, DeChristopher and I retreat to the backyard patio, which looks down on a gully and has a view back into the foothills.

We begin the interview by covering his basic biography: twenty-seven years old, born in West Virginia, grew up mostly in Pittsburgh, Pa. His political and environmental education began early; both parents were active, particularly his mother, who helped start up the West Virginia chapter of the Sierra Club in 1984.

In 2000, he attended Arizona State University but left after two years, eventually moving to Utah to work for Outback Therapeutic Expeditions, a wilderness-therapy program. He enrolled at the University of Utah in 2007, majoring in economics. He is currently a senior working on a thesis project on alternative metrics for assessing economic wellbeing.

DeChristopher’s activism has ebbed and flowed over the years but, prior to the auction, it was always conventional. At Arizona State, he founded a conservation club that worked with the National Forest Service to build trails and remove invasive plant species. When he came to Utah, he got involved with political student groups that organized letter-writing campaigns and petition drives. Through them, he met with congressional representatives and members of the governor’s office to discuss environmental issues. Occasionally, he’d attend a protest.

DeChristopher often tells the story of receiving a personal apology from environmentalist Terry Root for failing his generation, as a way of explaining how he internalized the threat of climate change. But it was a speech by the leftist writer Naomi Klein at last year’s Bioneers Conference that moved DeChristopher toward more radical action. Klein argued that environmental and economic policy is inherently made from the political center. Thus, if you want to change policy, you have to move the center. DeChristopher meditated on this at great length, concluding that moving the center is not a matter of drawing more people into the coalition but of pushing the boundaries through individual direct action.

This naturally leads the conversation to the topic of the BLM auction.

The BLM typically holds quarterly auctions for energy-development leases on public lands, with each parcel being made available after the agency conducts an in-depth impact study. It’s a process that has attracted a fair amount of controversy over the years, but the haste with which the outgoing Bush administration conducted the impact studies for the December 19 auction (not to mention the unusually large number of parcels being offered and their proximity to some of Utah’s national parks) shocked even long-time auction watchers. Several conservation groups sued to shut down the auction, but a federal court only mandated that the finalization of all sales be postponed until the incoming Obama administration had a chance to review them. The auction itself could proceed.