Local metal band rise from the ashes of Gaza 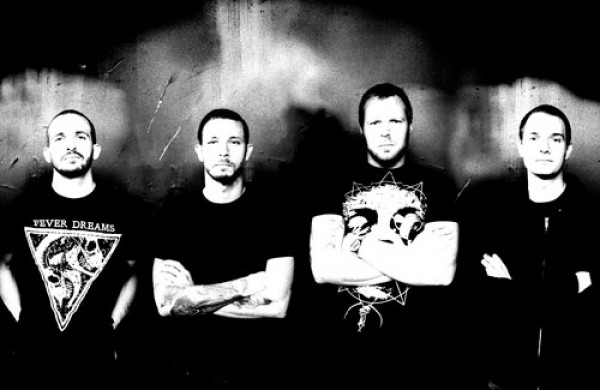 Most band practice spaces are filthy, musty and dark—and Downtown Music is no exception. It’s a fitting home for Salt Lake metal band Cult Leader. On the surface, Cult Leader may seem like a serious band, but underneath the feedback, dissonant chords and dark imagery that accompanied their prior band, Gaza (to which Cult Leader would refer as “that other band” many times during this interview), the members of Cult Leader are really funny dudes.

But in the past year and a half, there wasn’t a lot to joke about. In early 2013, a woman accused Gaza’s lead singer of rape. He denied the accusation, and the two parties eventually arrived at a private resolution, but Gaza—which had released one EP and four albums—disbanded in the wake of the very public firestorm. With all of their hard work going down the drain, the remaining members of Gaza had to start over with a new band and the risk of their reputations being tarnished.

Retaining their friendships, the four members of Cult Leader—Anthony Lucero (vocals), Michael Mason (guitar), Casey Hansen (drums) and new addition Sam Richards (bass)—have gained a renewed dedication to negativity in their blistering blend of metal, hardcore and grindcore. Just don’t expect any humorous references like the ones Gaza made to Ryan Seacrest or Tim Tebow in songs or onstage.

“There’s still humor with us, but it doesn’t relate to the music at all anymore,” Mason says. On their upcoming EP on Deathwish Records, Nothing for Us Here, there aren’t any of the slogans or politics that made Gaza memorable to their fans—just sheer brutality and terror.

“Things that can separate us from that other band became a premium,” Hansen says. “Not being so political or having a Twitter account with nothing but jokes on it—those were easy things to change. It’s amazing how much life can change when you realize you don’t need to say those things. Maybe it was detracting from what we were doing before.”

The need to separate themselves from just preaching to the choir like they did in Gaza (“At what point do you become the church you’re against?” Hansen says) meant moving into more negative emotional territory.

For Lucero, moving away from the political and into the personal was the only way he could move forward as a vocalist with Cult Leader. “Doing this is so opposite of my normal state of being,” he says. “This had to be insanely personal enough for me to do this passionately. My politics are my politics, but I have absolutely no desire to share them with anybody.”

Some old Gaza fans may be disappointed with the lack of political or anti-religious songs, but they will be happy to find that Cult Leader’s style is just as brutal, if their first officially released song, “Skin Crawler,” is any indication.

With each member in the latter half of his 20s, playing metal for a living may not seem like the wisest decision, but they credit the local music scene with giving them a stable footing professionally and to other forward-thinking metal bands like SubRosa for providing moral support. For Hansen, being successful locally is crucial for Cult Leader’s current and future success. “It’s amazing how much of a difference it is to be received well where you live when you spend many years feeling invisible playing in Gaza.”

Cult Leader is committed to working hard just as much locally as nationally, preparing to go on a national tour supporting Nothing for Us Here. Regardless of how critics and ex-Gaza fans receive Cult Leader’s music, Hansen’s expectations are realistic.

“I’m a little overwhelmed that things have gone as well as they have,” he says. “If everything works out, great. If not, that’s what I’ve been planning on all along.”