On March 11, 1999, as Haji Rahimi and five members of his Afghan family listened to BBC News on the radio in the living room of their house in Peshawar, Pakistan, five armed masked men burst in. They ordered the Rahimis to turn to the wall and be silent. Mumtaz Rahimi, then 11, closed the eyes of her little nephew, only to witness one of the men beat Haji, her father, with the butt of a gun.

A second gunman shot Haji’s oldest son, a 37-year-old university lecturer, three times in the neck. The men left, declaring that they had taught Haji a lesson for writing anti-Islamist tracts. Haji was an executive member of the Council for Understanding and National Unity of Afghanistan, a group of intellectuals advocating for a peaceful solution to the civil war raging in their homeland.

Haji’s enraged second-oldest son ran after his brother’s killers, only to be shot through the heart by one of the gunmen.

“Our house was filled with the smoke of gunfire, which looked like dark clouds hanging in the air,” Haji later wrote in an affidavit.

The youngest Rahimi sons, Nazir and Nisar, were playing video games in a nearby market when they heard the shots. They came running home, where 17-year-old Nazir found one brother lying in the hallway and his oldest brother shot in the living room.

Nazir ran from house to house, begging neighbors for help to get his brothers to the hospital. Someone brought a pickup and Nazir and others got the two men into the truck. They were both pronounced dead at the hospital.

In the aftermath of the attack, the family was plagued by phone calls threatening Nazir, the oldest surviving Rahimi boy. Haji sent Nazir to Germany to be with relatives.

After a year of waiting, Haji Rahimi, his wife, three daughters, son Nisar, the two widows of their eldest sons and their children were granted political asylum in the United States in 2000. They flew into Chicago, and from there to Utah, where they settled. Haji, now 79, says the mountains and the climate reminded him of Kabul.

In comparison to the lack of freedom in Pakistan, Nisar says, “This place was heaven, I couldn’t be more happy. There were times I used to sit and thank God for taking us out of that dirty country.”

But while the Rahimis thought they’d left violence behind them, the very cultural values that Haji had advocated against in Pakistan were waiting for them in Utah. Nazir’s relationship with Nargis Mullahkhel—an Afghan single mother in the middle of a divorce, at odds with her family’s strict cultural values—led to friction, then violence between the two families, and ultimately to the death of Nargis’ 19-year-old brother and Nazir spending five years in prison for his killing.

Although the police who investigated the killing never got to the bottom of exactly how and why it happened, the Rahimi family’s story and court documents suggest that at the heart of the tragedy lies not only a clash between modern and traditional Islam, but also the struggle of immigrant families to both assimilate within American society and retain their cultural identities, even if those identities may sometimes chafe with American cultural values and laws.

The Mullahkhel family cast Nazir Rahimi as a “ruthless murdering thug” in court, but the Rahimis say that the Mullahkhels had subjected the Rahimis to a campaign of harassment and violence fueled, in part, by rage at Nazir for violating their cultural mores. The Mullahkhels, Nazir told an immigration-court judge, are “traditional Muslim people” who viewed a man dating their daughter outside of marriage as violating the family’s honor.

Nazir, 32, faces deportation to Afghanistan and fears that the Mullahkhels will come after him if his appeal to the U.S. government fails. “They want to get revenge and kill me because my sentence wasn’t enough for them,” he told the immigration judge. “They want to get their revenge in Afghanistan blood, like a tooth for a tooth, an eye for an eye.”

Imam Muhammed S. Mehtar at the Khadeeja mosque in West Valley City says that both families “are important to us. We want to see good for their future.” But, he says, “it saddens us that people come to America and take the law into their own hands as if living in a place other than America. As if we are back home.”

It’s important, he says, that those who come to America create a blend of their cultures and assimilate where they can. He acknowledges that the pain of bereavement for members of the Mullahkhel family is “severe,” but, he says, “If we don’t examine the cause of that killing”—or any incident of violence—“then we will be getting continual vengeance on both sides.”

The Rahimi family has never spoken publicly about the relationship between Nazir and Nargis or the killing of Nargis’ brother Farhad. But with Nazir facing, if he is deported, what they say is certain death in Afghanistan—either at the hands of the Taliban or people connected to the Mullahkhels—Nazir and several members of his family shared their stories with City Weekly. 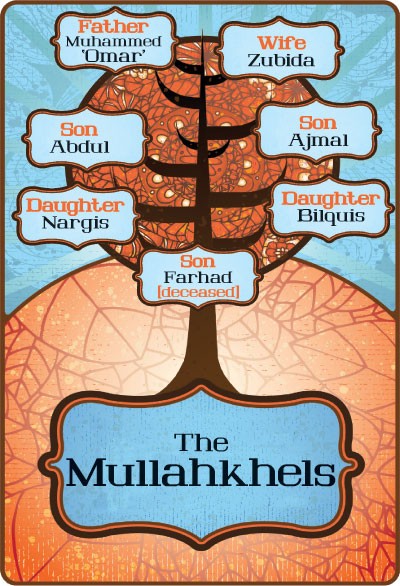 Farhad’s sister Bilquis Mullahkhel spoke at Nazir’s April 5, 2011, parole-board hearing. She told Nazir that the gates of heaven “will not be open to you in this life or the hereafter. This life is not eternal; you may not pay the penalty in this life, but I promise you, you will in the hereafter.”

Nazir quietly replied at the hearing that in one sense he agreed. “The United States was a heaven to me. And the United States door is already closed to me. She’s right about that. The door of heaven is closed for me.”

THIS IS AMERICA
It’s a tradition for members of the Afghan community to welcome new refugees when they arrive. Muhammed Mullahkhel, who has lived in Utah since the early 1970s and owns a convenience store in downtown Salt Lake City, visited the Rahimis shortly after they arrived, bringing them the Afghan treat of sugared walnuts.

Haji Rahimi recalls that when he first got to know Muhammed MullahkhelÂ­—known as Omar—Mullahkhel’s wife was in Afghanistan, having taken their two teenage daughters—14-year-old Bilquis and 16-year-old Nargis—to marry older men.

Court documents also note that Bilquis was “required to marry an older man at age 14 for cultural reasons.”