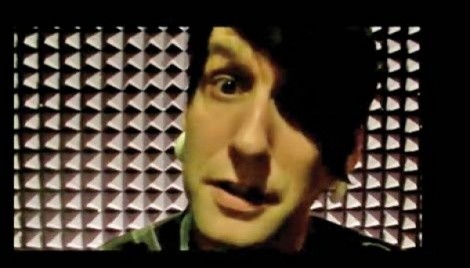 Paying homage to local music
For the third annual national Record Store Day, The Platte—Andrew Shaw—put together a minimalist, seven-song release called Bantam Brother. Shaw wrote none of the songs; rather, he reinvented others’ work from seven favorite local bands—David Williams, Tolchock Trio, The Devil Whale, Band of Annuals and more. The effort works simultaneously as an introduction to our town’s music scene, a reason to continue the love affair and a glimpse at Shaw’s genius. MySpace.com/ThePlatte (Austen Diamond)


Multimedia monsters
Camden Chamberlain has always been incredibly prolific with his long-running band Cavedoll, but his new project, Suicycles, is already looking like it might put Cavedoll’s productivity to shame. Yes, they make music at Chamberlain’s Kitefishing Studio, but they also host a radio show on Utah FM and wrote, performed and uploaded a Web TV series, The Life of a Suicycle, that is some of the funniest locally produced content on YouTube. Facebook.com/TheSuicycles (Dan Nailen) 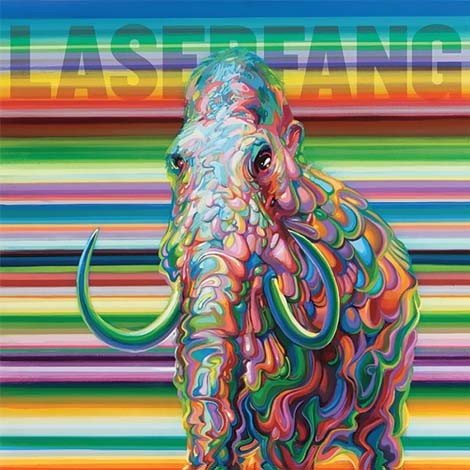 Killer album cover art
Local artist Sri Whipple was given a master of synthy dance rockers Laserfang’s long-awaited debut, Mammoth. After Whipple gave it a couple of listens, he freestyled a psychedelic rainbow of bright, acidic colors to backdrop a polychromatic mammoth. It befits the band’s over-the-top indie-soul electro-party music that both soars and pounds relentlessly. (Austen Diamond)


The muckraking collective
When the activist, political pundit and folksinger Bruce “Utah” Phillips died in 2008, he willed his songs, stories and guitar to his son, Duncan Phillips. What do you do with such an inheritance? Duncan pulled together the state’s finest folkies and recorded a Utah-specific collection of his father’s work called Long Gone: Utah Remembers Bruce “Utah” Phillips. With Duncan as executive producer, Kate MacLeod as producer and more than 20 other musicians—Hal Cannon, Gigi Love, Paul Rasmussen and others—they recorded 18 gems. The proceeds benefit the creation of a Web archive of Utah Phillips’ work. TheLongMemory.com (Austen Diamond)

Representin’ Utah on tour
Local hip-hop may have been suffering from a drought this year, but as far as getting the word out, The Alive & Well Tour did far better than most would expect. MC Pig Pen, Dusk One, YZE, Dumb Luck and Pat Maine crossed the States for three months, busting rhymes at venues and concerts and doing their best to get the word out that the genre actually exists here in Zion. Here’s hoping for a second tour. (Gavin Sheehan) 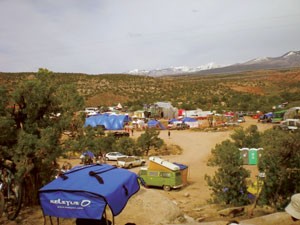 Hard-working mobile musicians
The Saturday Farmers Market at Pioneer Park draws hoards of buskers toting and playing stringed instruments and hand drums to fill their upturned hats with dollar bills. Eric Rich and Corbin Baldwin didn’t let the weight of their several-hundred-pound piano deter them from joining their peers. They welded together a frame on wheels to lug the thing to the market every week, to shoppers’ delight. Not only industrious, the two showed they’re also musically talented—Corbin played Chopin and Liszt and Rich played his own compositions. Look for an encore this summer. SLCPianoBike.blogspot.com (Austen Diamond)

A welcome return
During its initial heyday, ExUmbrella Records was thought to be a haven for local bands looking to release material on a label without the complicated issues of being “on a label.” So you can imagine how ecstatic people became when word broke that Ryan Fedor of Tolchock Trio was now in control and looking to help release new material. The label mainly released split albums in 2010, with more on the way this year from familiar faces. ExUmbrellaRecords.com (Gavin Sheehan)

Best musical eye candy
Walk past places where music aficionados congregate—Slowtrain, Nobrow Coffee, etc.—and there’s a smattering of concert posters with varying degrees of aesthetic stimulation. There are always a few that stick out for their immediate impact and for their value as art, asking for interpretation. We thank the new crowd that’s stepped up: nationally recognized Travis Bone, aka Fur Turtle, who designs the Twilight Concert Series posters (pictured); husband-and-wife duo Erin and Nick Potter, aka Potter Press, tag-team on diverse, creative works with an incredible output; and Spencer Charles of Calamity Industries, the scene’s newbie. TravisBone.com, MySpace.com/PotterPress, Behance.net/SpencerCharles (Austen Diamond)