Each year, we are faced with the difficult task of settling on the 25 bands to participate the City Weekly Music Awards. The list of Utah’s top bands could include double or even triple that, what with such a vibrant community as Utah's; a community that released nearly 250 albums in 2011 alone.


But pare it down we must. A panel of local music journalists and scenesters nominated bands, with an emphasis on ones that did something exceptional in the past calendar year. This year’s crop, we believe, is a representational blend of all that makes Utah’s music scene worth talking about. This includes several new-to-the-list bands, along with some old favorites, and the music stylings range from psych rock to folk, from hip-hop to electro glam, from Americana to dark and dance-y. Yes, there will be one winner in the end, but, more than that, the annual CWMAs is about recognizing all of the best original Utah bands and giving readers a series of showcases where they can see and hear those artists do their thing. 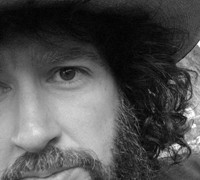 David Williams
David Williams won some national kudos this year by having a video of his song “Sunday Morning” featured as the Jan. 4, 2012, video of the day on the indie-music-focused Website Daytrotter.com. More notably the tour to and from the festival is the focus of a documentary film, Intro, nominated for Best International Documentary in the Torino Film Festival. And while he’s currently busy creating the score to that doc, it’s not his first venture into that creative department: He scored The Parade, which debuted at the Salt Lake City Film Festival in August 2011. (Austen Diamond) 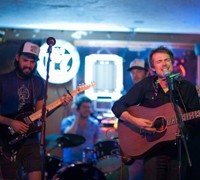 The Poorwills
The Poorwills are a band born of the CWMAs—not because of it, but for it. Singer-songwriter Glade Sowards invited a cast of friends/musicians to join him at The Woodshed to play the 2010 City Weekly Music Awards showcase, and it went swimmingly. Taking cues from the likes of Crosby, Stills, Nash & Young and the Beach Boys, The Poorwills released their debut, Drinks on the Wing, in May 2011. It’s a rock-meets-barbershop sound that swings with twangy riffs, gentle acoustic strumming and simple beats, but what is most stunning are the four-part harmonies—veritable come-to-Jesus moments. (AD) Facebook.com/ThePoorwills 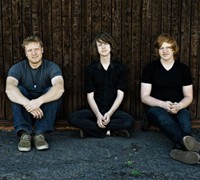 Grey Fiction
Salt Lake City’s alternative, experimental rockers Grey Fiction were recently crowned the victors of Velour’s semi-annual Battle of the Bands in mid-December. Since, the band of three brothers has been busy playing shows up and down the valley, and already has a slew of upcoming tour dates across the county planned for this year—including one in February, in which they are driving back to Utah from on their day off to play the CWMA showcase. The band members’ sheer talent, exceptional songwriting, incredible stage presence are backed by unforgettable, often wailing vocals—along with a little light show and some heavy fog—to create a Grey Fiction show that can only be described as epic. (Spencer Flanagan) GreyFictionMusic.com 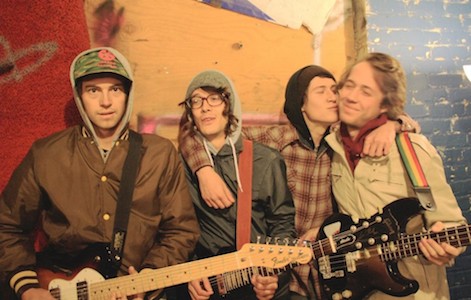 YYBS
The first time the Young Yet Brilliant Sleuths lived up to their name was when they put out a teaser four-song EP. It was just enough to show off the honest, insightful lyrics of Tres Wilson, while giving a nice glimpse at some fresh, melodic and delightful indie rock. But the brilliance came in what they left off; the debut effort was not a disjointed effort just to have a bigger album for sale. Now the barely legal foursome have been busy in the studio to investigate their sound and ascertain a cohesive collection that will drop sometime later this year. Brilliant! (AD) Facebook.com/YoungYetBrilliantSleuths 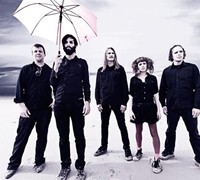 The Suicycles
One of the most dominant bands of 2011, the Suicycles had three releases, two videos, an appearance at almost every major festival and a quick following that trumped frontman Camden Chamberlain’s previous band. It didn’t hurt that part of the success of the electro-rock quintet can be chalked up to making themselves high-profile in the public eye by creating their own radio show and cultivating a commanding presence online. All that’s left to do is tour. (Gavin Sheehan) TheSuicycles.com 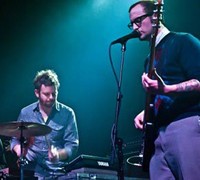 Night Sweats
Early in 2011, local concertgoers were introduced to Night Sweats. The band’s dark and detached, yet very musical, compositions represent an avenue of rock music which would, otherwise go unrepresented in Salt Lake. The group’s arrangements are a dense mix of intense synth keyboards, epic guitar, brooding vocals and drums reminiscent of The Faint’s early work. In 2012, fans can look forward to the release of their forthcoming full-length LP, which is currently in its final stages of production. (Jordan Wallis) 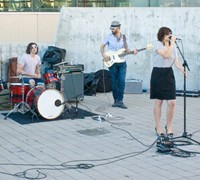 The 321s
Formed in March 2011, the female-fronted 321s play sugary sweet retro pop music reminiscent of groups from the ’50s and ’60s. The songs are written about falling in love, looking for love or losing love, but even the saddest, most heartbroken tracks shimmer sweetly with Kris Fenn’s soulful voice and the infectious melodies inherent to the pop genre. The 321s are lighthearted, fun and provide something new in Salt Lake’s music scene. (Jeanette D. Moses) Facebook.com/The321s 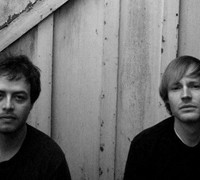 Palace Of Buddies
The instrumental rock duo of Nick Foster and Tim Myers have ruled the venues this year as the ultimate go-to band for a guaranteed audience. And they capped off the year with their long awaited second full-length album, Summertime. Their performances have grown from a simplistic two-man set to a vibrant display as both men switch out instruments to give you your money’s worth every night. (GS) PalaceOfBuddies.com 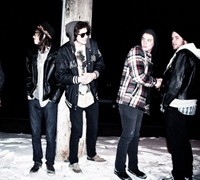 Max Pain & the Groovies
This rowdy five-piece play loose, jangly rock & roll that has the bite of a cold PBR tallboy. Max Pain & the Groovies played their first show on New Years Eve 2009 during a wild house party that ended with a broken chandelier and a burned carpet. A Max Pain show ignites crowds quickly. Catch them regularly at The Urban Lounge for babes writhing wildly in the front, mirroring the moves of the hip-shaking, tambourine-playing frontman. If you haven’t spilled half your beer during their set, you’re probably doing it wrong. (JDM) Reverbnation.com/MaxPainAndTheGroovies 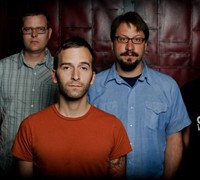 No-Nation Orchestra
To see the dozen or so members of No-Nation Orchestra onstage is a sight to behold, one that is completely enthralling beyond just the sheer number of musicians. The Stephen Chai-led outfit has an interesting synergy of the Talking Heads without the weirdness, Fela Kuti with an absolute hipster vibe and Prince minus the leotards. The debut EP More More More that Chai released in 2011 is a short-and-sweet canvas that’s painted with various musical brushes, but all the colors pop, just like the syncopated percussion in these indie afrobeat gems. But with only five songs, it left us wanting more, more, more. (AD) NoNationOrchestra.com 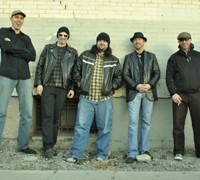 The Chickens
When thinking about a funk band called The Chickens, it’s hard not to reminisce Rufus Thomas’ 1970 Stax hit “Do the Funky Chicken.” But this brand new septet, consisting of a mishmash of some of the finest local musicians, is anything but a silly dance. Maybe the classic funk album The Meters’ Struttin is more appropriate, although The Chickens also meld acid jazz and afrobeat into their cosmopolitan, if not worldly, sound, which is a well-received fresh egg in the local music scene. (AD) Facebook.com/WeAreTheChickens 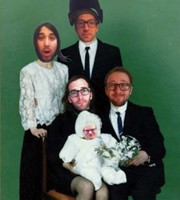 Laserfang
Grab your glitter and some face paint because Laserfang has reunited! These Salt Lake favorites broke up last winter after releasing their debut album, Mammoth, due to lead singer Shane Asbridge’s move to Rapid City, S.D. Asbridge returned to Salt Lake in October to play a Halloween bash at The Urban Lounge, and the show proved that Laserfang’s music still matches the enormity of the album title. Their epic electro-infused apocalypse style dance rock inspires excessive booty shaking. (JDM) Facebook.com/LaserFang