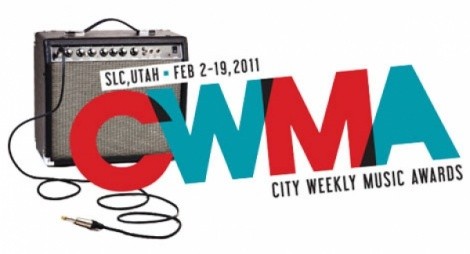 The City Weekly Music Awards DJ Spinoff is back bigger and better for a second year in 2011. More than 20 DJs were nominated by readers, City Weekly staffers and local DJs, and City Weekly readers whittled that list to five skilled party-starters who showcase the diversity of the DJ community in Utah.

The readers’ choices will face off Wednesday, Feb. 2, at W Lounge, and the party will once again be hosted by the inimitable funk-master Freq-sho. The winner will perform at the CWMA final showcase Feb. 19 at The Complex.

DJ Bentley
You can find DJ Bentley Saturdays at Downstairs in Park City and Tuesdays at the Huka Bar & Grill in Midvale, spinning old-school hip-hop, house and electro. Influenced by Las Vegas DJ R.O.B. and locals like Erockalypse and DJ Brisk, Bentley is intent on making a name for himself. “I’m definitely one of one, none before and none to come,” Bentley says. “I like to step out of the box and be as creative as possible, put things together that people don’t think to hear together.”

Elvis Freshly
Elvis Freshly got into DJing via his cousin, DJ Bentley, making their Tuesday gigs together at
Huka Bar & Grill a family affair; Elvis also is the house DJ at Park City’s Cisero’s on Saturdays. He considers himself a multipurpose DJ, ready to rock anywhere from a restaurant to a stadium. As for Utah’s competitive DJ scene, Elvis says, “there’s enough space for all the DJs to play and do what they want to do musically.”

Flash n Flare
Hip-hop and dance music will both be found in Flash n Flare’s sets, whether he’s playing a club, wedding or corporate gig. “My favorite stuff will always be an electro beat with some hip-hop laced in,” he says. “I’m a sucker for it and it always pounds in a club.” Always searching for new sounds, Flash n Flare finds that, even in Salt Lake City, “any night of the week there is a good DJ playing in the city, except Monday … Same as live music, you may have to be tuned in to find it, but it’s going on.”

DJ NAWM
DJ NAWM credits the DJ collective he’s been throwing parties with the past three years, EDP, with motivating him to always improve in delivering what he calls a “party/high-energy style” rooted mostly in electronic dance music. “I love to mix tracks with really bouncy rhythms,” NAWM says. “I try my best to keep the crowd engaged by carefully mixing tracks from various genres.”

Roots Rawka
The reggae-inspired DJ can be heard rocking parties all over Utah, often at The Hotel/Elevate, and is inspired by “the feeling music can give you,” as well as the crowd’s reactions to his music. Stylistically, Roots Rawka says “I would describe my style as free-flowing and risky on the music selection. I like to try different tunes that I like but might not be popular.”