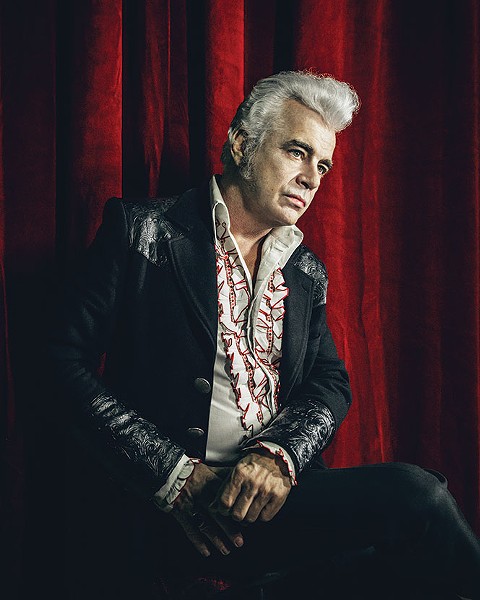 "I listen to everything except country and rap." It's a shockingly common statement: A cursory Googling of the phrase autocompletes by the time you type the first 'e' in 'everything.' Many of us have said these words, typically in our foolish youth. Country music hatred is a mysterious phenomenon. Sometimes even country musicians get sick of it.

Like Dale Watson. His ire isn't for the genre so much as for what it's become.

The mainstreaming of once-great, consummately American music can be traced further back than to Taylor Swift and Blake Shelton, and could be blamed on the other oft-vilified genre: rap. Some evil jackass thought it'd be good to blend the two hyperprofitable genres. Suddenly, we had Bubba Sparxxx, Cowboy Troy, Kid Rock, Uncle Kracker and a slew of dirt-road hoodrats putting a twangy stank on lame beats.

Since then, Toby Keith hopped on the bandwagon with "Getcha Some." Trace Adkins introduced the world to the "Honky Tonk Badonkadonk."And then there's Shelton, the country artist who hosts a pop-music talent show and has his own country-rap song, "Boys 'Round Here."

"He said nobody wants to listen to their grandad's music," says Watson. He also defied the "old farts" who decry modern country music, and called them jackasses for not realizing it's the kids who buy music—and that's what matters. As you can imagine, this gave some folks—like Watson, and late country music legend Ray Price, the red-ass.

"He pretty much said what Nashville really thought," Watson says, alluding to the long-lamented commercialization of the Country Music Capital of the World. Price, 84 at the time, even protested on Facebook. Watson paraphrases: 'There's not a hat big enough to fit that boy's head. Let's see how his music stands up in 65 years."

This led Watson, 52, with more than two-dozen albums to his name, to create the Ameripolitan genre, encompassing honky-tonk, Western swing, rockabilly and outlaw. "Country music is so convoluted with pop, it's not country anymore," says the Ameripolitan.com FAQ. "And because [Nashville] hijacked the term beyond repair, we aren't country, either—we are Ameripolitan."

Watson also started the Ameripolitan Music Awards, the third iteration of which is slated for February 2016. "[It's for] artists that carry their roots and need recognition," says Watson. " 'Cause the only thing that asshole was right about is that Nashville doesn't give anybody a choice." Awareness of many of these artists, Watson says, is really low—"[People] don't realize they have a choice."

He speaks of AMA honorees Billy Joe Shaver, Rosie Flores, Jesse Dayton, Wayne Hancock and Unknown Hinson. Bill Kirchen, Asleep at the Wheel, James Intveld and Hot Club of Cowtown are on the Ameripolitan rolls as well. These artists are famous in their musical microcosm because of their devotion to real country music—while the Sheltons of the world get rich by diluting it.

Dale Watson is among them. The white-haired country-western troubadour with the Johnny Cash-meets-George Jones voice has put out an album a year—sometimes two—since 1995. The latest, Call Me Insane (Red House) came out this summer. The title track could be about the Ameripolitan plight.

"Call me insane/ I've been here many times/ Thinkin' things would change/ With a new frame of mind/.../ Will I ever learn?/ Ever tire of the burn?/ Or is my destiny this insanity?"

These are thoughts we have in adulthood. You know, after we've lived enough to know that heartache is at the core of country music, the unrequited longing for something—whether love, success or some other vital component of life—yet, in spite of our failures, we keep chasing it. So let the kids have their music. They'll eventually have their Ameripolitan epiphany.