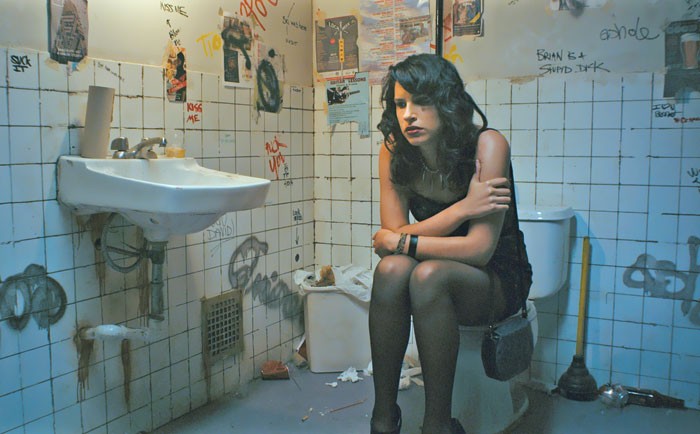 The Utah Film Center’s Damn These Heels LGBT Film Festival takes over the Rose Wagner Center this weekend with 16 features over the course of three days. Here’s a look at a few of the highlights available for pre-festival review.

There’s always reason to be leery of profiles of partisan political figures, but Michael Chandler and Sheila Canavan have such a singular subject here that it’s easy to imagine it reaching across the aisle for support. That subject is Barney Frank, the lightning-rod Massachusetts congressman who was the first member of Congress to voluntarily come out while in office. Chandler and Canavan frame Frank’s biography with his impending retirement from Congress in 2012, while he also prepares to marry his partner, Jim Ready. But while Frank’s sexual orientation certainly plays a significant role in some of his political passions, the movie is more interestingly about his unique mix of blunt public statements and pragmatic behind-the-scenes approaches to legislating. And while it addresses the controversies that occasionally rocked his time in office, it’s less warts-and-all than a compelling profile of a man who just wanted to get things done. (Opening-night film; the directors and Barney Frank are scheduled to attend for post-film Q&A.)

Desiree Akhavan has “It.” She not only stars in, but also wrote and directed this semi-autobiographical comedy about Shirin, the bisexual daughter of Iranian immigrants struggling with her recent breakup with girlfriend Maxine (Rebecca Henderson). Akhavan finds uniquely funny ways to explore familiar “coming out in a conservative culture” tropes, but the movie may be even better as a satire of Brooklyn hipster culture. And it works primarily because Akhavan has the kind of self-deprecating comic presence that gives scenes an extra kick, like a facial expression that allows an attempted three-way with a swinger couple to transition from awkwardly hilarious to genuinely sad. It’s less effective when flashback sequences cover the arc of Shirin’s relationship with Maxine, but the charms here come from watching a woman straddling cultural dividing lines of all kinds trying to figure out who she is—even as it’s obvious to the audience that Akhavan is one hell of a talent.

Is it a documentary? Is it a docu-drama? And would it be better to decide between the two? Director Stefan Haupt has a fascinating real-life story at the center: the titular Zurich members-only club and publication for homosexuals circa 1956, one of the few safe places in Europe for gay men to be themselves. In present-day talking-head documentary footage, longtime couple Ernst Ostertag and Röbi Rapp describe how they met through The Circle, and how a string of murders brought heightened scrutiny from public officials. Yet those same events are also presented in fictionalized dramatizations of Ernst (Matthias Hungerbühler) and Röbi (Sven Schelker) and the challenges to their relationship. Individually, both halves are well-crafted, but they sometimes collide awkwardly, with the real Ernst and Röbi essentially describing what we’ve already just seen played out, or vice-versa. It’s a good short documentary mixed with a good drama to become a merely OK hybrid.

Tom at the Farm

Xavier Dolan adapts Michel Marc Bouchard’s stage play, and in so doing shows a surprising versatility. Dolan also stars as Tom, a young gay man from Montreal mourning the recent death of his lover, Guillaume. When he travels to the rural home of Guillaume’s family, he discovers that only his brother, Francis (Pierre-Yves Cardinal), knows Guillaume was gay—and he’ll do whatever it takes to keep the truth from their mother. The psychological drama bends and twists in complex ways, keeping Francis’ brutish character enigmatic in his motivations. But the bigger surprise is the way Dolan—whose features Heartbeats and Laurence Anyways explored queer themes with moments of grandly theatrical cinema—keeps things simple and restrained here. Instead of trying to bend the material to his own style, he figures out that he’ll wind up with a more effective, unsettling story if he takes it the other way around.

As nice as it is when a documentary is informative, it also helps if it feels like a damn movie. That’s what Antonio Santini and Dan Sickles achieve in their tour through the world of transgender people and drag queens in Puerto Rico, wisely never attempting to draw overarching conclusions about the community. Indeed, it’s most effective at providing a wide variety of voices: some that lament the focus on Barbie-doll looks, some that see no point in getting any kind of physical surgery, and so on. But even more surprisingly, it’s just a beautifully shot movie, never falling back on a static talking head when a slow-motion shot under pulsing red siren light might be more potent; even the closing credits have a spunky flair to them. The multiple profiles leave a few feeling half-sketched, and the climax built around an attempt to pass anti-discrimination legislation feels like rote material for this kind of documentary. But damn, mija, this thing has style.