A lot of words, but not a lot to say 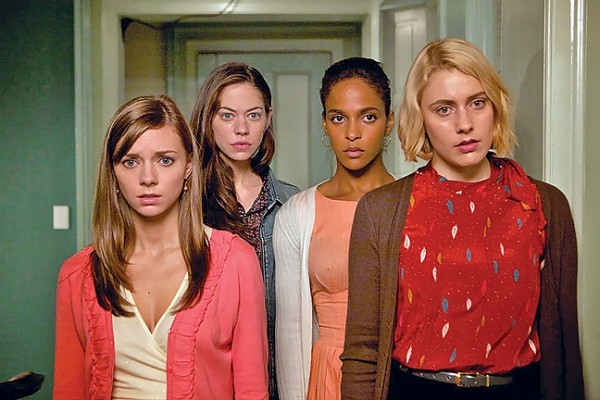 Whit Stillman’s character always had plenty to say. So don’t blame the 14-year gap since his last feature for the sheer verbal density of Damsels in Distress.


That’s because Stillman—in charming comedies of manners like Metropolitan, Barcelona and The Last Days of Disco—always favored tales of hyper-articulate young people whose incessant chatter becomes a defense against their insecurities. He works within the same milieu in his story of a trio of students at Seven Oaks College—led by earnest Violet (Greta Gerwig)—who take under their wing transfer student Lily (Analeigh Tipton). But Lily is only one of Violet’s many projects intended to make the campus, and eventually the world, a better place.


Stillman structures Damsels in Distress largely as a series of connected vignettes, as Violet brings her fundamental optimism to bear on topics like the best choice of a romantic partner (one who’s beneath you), clichés (she loves them) and guys who buy you drinks in bars (at least you know they’re generous, because “drinks are expensive”). And as much dialogue as Stillman packs into the film, he still finds space for great visual gags like the hand-painted poster that adorns the wall of the Suicide Prevention Center (“Come On, It’s Not That Bad”).


Yet while Stillman still affectionately explores the period when people are actively re-inventing themselves—both Violet and another student (Adam Brody) adopt new names to distance themselves from shameful associations—there’s something fundamentally thin at the center of Damsels in Distress. The jokes are clever and the performances generally sharp, but Stillman is content to drift over the surface of his characters and let amusing situations carry the weight. As nice as it is to have him back, having a lot of words isn’t always the same as having a lot to say.