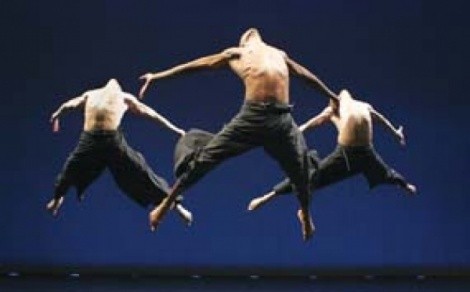 It’s a question for the ages: Can ballet dancers and modern dancers collaborate productively and peacefully? Pointe shoes vs. bare feet? Romantic tutus vs. understated costumes? Can such stylistic preferences be reconciled?

According to Ballet West Corps member Edward McPherson, the answer is a resounding “Yes.”

McPherson admits that there are some undeniable differences between the two dance forms, but the fact that both are artistic expressions of movement is enough to bridge any perceived chasm. “I really believe a ‘ballet person’ dislikes modern, or a ‘modern person, dislikes ballet, because they’ve been told to,” McPherson says. “Most dance lovers realize that movement is innate, and we should celebrate it and explore it in all of its different forms.“

In 2006, McPherson’s devotion to innovation and exploration led him to the advisory board of Studio D, an organization geared toward 20- to 40-somethings that offers members after-parties and discounted tickets to performances from Utah’s three largest dance companies: Repertory Dance Theatre (RDT), Ririe Woodbury and Ballet West. Studio D is to young dance lovers what Vivace is to young Utah Symphony & Opera lovers—an organization that offers multiple affordable evenings of performance art each season and a chance to mingle afterward while sampling delectable eats and drinks provided by local restaurants.

Sounds expensive, you say? Think again. Studio D membership is free. All one has to do is sign up online prior to purchasing tickets. Prices are well within the budgets of young professionals and bohemians alike.

Out of the Box, Studio D’s upcoming performance, is quite different from past offerings. Members of RDT, Ririe Woodbury and Ballet West will actually share the stage for a single evening at the Rose Wagner Performing Arts Center. In case you haven’t heard, RDT, Ririe Woodbury and Ballet West all have impressive international reputations. Not every city has three major dance companies hailed as national treasures and receiving glowing reviews in dance pages of prominent magazines and New York newspapers.

Dancers and choreographers from all three companies will answer questions from the audience members following each performance. Also, audience members will be allowed to (gasp) break one of the golden rules of performance art etiquette and drink and munch on hors d’oeuvres during the performance. RDT Marketing Director Heidi Schimdt explains that the primary reason audience members are allowed to eat and drink during the performance—or leave trails of crumbs and puddles of cocktails in their wakes, depending on who you ask—is to break down the “Pavlovian conditioning” of what is expected of people watching something live onstage in a darkened theater.

McPherson—who is working behind the scenes—says that the 15 participating Ballet West dancers are volunteering their time because they are not under contract during the allotted window for the Out of the Box performance. “All of the dancers working on this project appreciate the opportunity to create a dialogue with other fellow dancers who they generally do not get a chance to work with. The dancers have thrown themselves into this program, and the end result is going to be fantastic to watch,” McPherson says with palpable enthusiasm.

Ballet West’s portion of Out of the Box will be a far cry from the company’s recent Cinderella performance. Instead of ornate sets, lavish costumes and a live orchestra, the focus will be exclusively on movement.

McPherson admits that, overall, RDT and Ririe Woodbury tend to attract younger audiences members. “I think Studio D patrons will enjoy seeing Ballet West dancers do something more contemporary,” he says. “Simply dancing in a smaller space [Rose Wagner’s Black Box Theatre] changes everything, and the dancers are really aware of that.”

McPherson believes that collaborative events like Out of the Box strengthen Utah’s entire dance community. RDT’s Schimdt agrees. “I hate to resort to a cliché, but the rising tide lifts all boats,” she says. “Everybody wins when we pool our resources and showcase what we have to offer.”