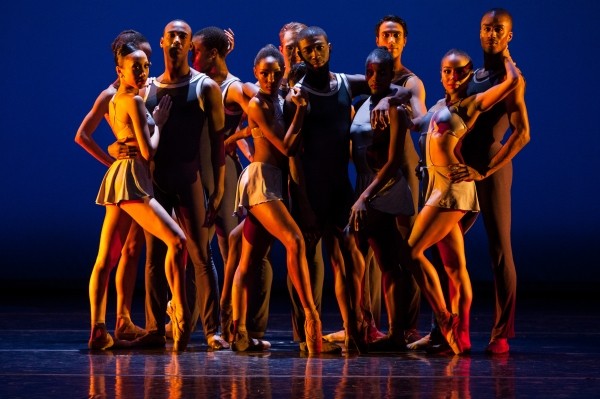 As the curtain rises on the Kingsbury Hall stage March 6, two company members from the Dance Theatre of Harlem will stand ready to perform one of the most famous duets in modern ballet: the pas de deux from Agon.

Intimate and passionate—erotic, even—the dance was created in 1957 by choreographer George Balanchine and is a statement about the new age of ballet. Based in pure movement, it’s without story; reflecting instead the power and energy of America. The music, by Igor Stravinsky, is jarring and without meter. The dance, Athletic, modern and elegant. The Agon pas de deux is a true expression of the style of the Dance Theatre of Harlem.

“Our company is as strong technically as any professional ballet company,” says Virginia Johnson, artistic director for New York City’s Dance Theatre of Harlem. The pas de deux from Act 3 of the ballet classic Swan Lake is, after all, part of the company’s repertoire. But, as Johnson explains, the Dance Theatre of Harlem strives for something different. “We are a neo-classical company. Our work is based on the idea of moving ballet forward and giving audiences today something that maybe helps them understand their own lives in a different way.”

There’s another element of Agon’s pas de deux that shook the ballet world when it was first introduced. Balanchine choreographed his duet for two of his company members: a white woman named Diana Adams and a young black man—the first black principal dancer of any major ballet company—Arthur Mitchell, who would go on to found the Dance Theatre of Harlem.

Born in New York City in 1934 and raised by a single mother, Mitchell spent most of his free time earning money for his family, but he occasionally relaxed with friends at the Police Athletic League. There he learned to tap dance, and—encouraged by his teachers and mentors—pursued dance, winning a coveted scholarship to the New York High School of Performing Arts, where he followed his passion for ballet, despite modern dance being a more “acceptable” form for black dancers. Though he was dogged by prejudice and racism, Mitchell’s hard work and talent continued to pay off, and he joined the prestigious New York City Ballet in 1955.

But as Mitchell continued his career, he noticed little improvement in opportunities for people of color in the dance world. In response, he started a school he called the Dance Theatre of Harlem in his childhood neighborhood. In order to attract students unfamiliar or uncomfortable with the art form, he allowed an unconventional dress code of cut-offs and jeans. Often his students danced to live drumming instead of piano, and they took lessons in costume design, lighting and music.

By 1971, the school had cultivated enough talent to form a professional company, which performed for 30 years, earning numerous awards and recognitions, until financial hardships forced the performing company to disband in 2004, though the dance school remained open.

But some—like Johnson, who was also a founding member and former principal dancer—still had hope of reviving the company. In October 2012, that dream came true. The performing arm of the Dance Theatre of Harlem returned with a core of 18 dancers under Johnson’s guidance.

“It’s wonderful to be back again, starting with a new generation of dancers and continuing Mitchell’s vision,” Johnson says. “We have felt very welcomed back by our audiences.”

When the Dance Theatre of Harlem performs in Salt Lake City on March 6, they will bring with them an exciting sample of ballet from the 21st century. When Love—choreographed by Helen Pickett, one of the dance world’s most well-received choreographers, who has also created original work for Ballet West—is a snapshot of two lovers declaring their adoration. “When we are in love,” writes Pickett, “we surrender to unbridled time and, in these brief wondrous periods, we dance our being.” With music by Philip Glass, Pickett’s gentle but expansive movement beautifully illustrates the passionate conversation.

Far But Close, by choreographer John Alleyne, is set to spoken-word poetry by Daniel Beaty and explores how language can help guide the storytelling of ballet. As the two pairs of dancers move together and apart, the dance allows us to visualize the vulnerable experience of creating human connections. Finally, Return offers perhaps the group’s most original piece, set to the music of Aretha Franklin and James Brown and created by the company’s first official resident choreographer and former principal dancer, Robert Garland. Full of the requisite grands battements and pirouettes, the piece is also a celebration of African-American pop culture.

Armed with strong technique, set apart by their neo-classical approach and featuring iconic pieces like Agon’s pas de deux, Dance Theatre of Harlem looks beyond race to seek out raw talent and brings something fresh and extraordinary to its performances.