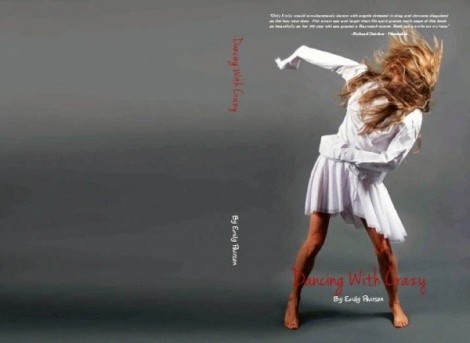 Pearson grew up the daughter of Mormon parents—her mother is celebrated author/playwright Carol Lynn Pearson—who divorced after her father, Gerald, came out as gay. She spent her adolescence in the early 1980s alternating between a strict LDS upbringing and hanging out with flamboyant gay men in San Francisco’s Castro District, watching the early days of the AIDS epidemic claim thousands of lives, including her father’s. In early adulthood, after prolonged bouts with depression, she became aware of repressed memories of ritual sexual abuse. She dealt with watching not just her father die young, but also her younger sister, and the man she believed she would marry. And when she finally did marry, it was to a man who, like her father, was gay.

And yet, as remarkable as this life story was, it was far from a given that Pearson would put it down on paper. Part of the story had already been told by her mother in Carol Lynn Pearson’s own landmark memoir, Goodbye, I Love You. “I was never going to write a book, because that’s what mom did,” Pearson said.

It wasn’t until another part of her life came out into the public sphere that Pearson was inspired to tell her own side. Her ex-husband, actor/playwright Stephen Fales, had turned his journey through “reparative therapy” and their marriage into the play Confessions of a Mormon Boy. In the introduction to Dancing With Crazy, Pearson describes reading a review of the play in the San Francisco Chronicle which described how her character “completely … disappears between courtship and divorce.”

“Something in me just snapped,” Pearson said. “[I realized] there’s a voice in me screaming to say something.”

That didn’t mean it was a quick or easy process turning her life story into a book. It took a decade between reading those words in the Chronicle review and finally publishing Dancing With Crazy. As Pearson phrases it, “life kept happening,” including raising her two children as a working single mom. Then there was the process of connecting these intensely personal revelations into a narrative that flowed. “It was challenging to get the transitions right,” Pearson said, “because it was so exhausting writing these stories.”

Additionally, it was difficult writing a story that had, in bits and pieces, already been out in the world through her mother’s book and her ex-husband’s play. “I had to pause and make sure I was speaking for myself; I tried really hard not to speak for anyone else,” Pearson said. “I needed to make sure it was my memory, and not the way I remembered, for example, the way my mom wrote about it [in Goodbye, I Love You].”

The book that ultimately emerged allowed her to come to terms with the many complicated relationships in her life. “I can’t think of any of the major players that I had forgiven beforehand,” Pearson said. “And there are some I’m still working on forgiving.”

That includes The Church of Jesus Christ of Latter-day Saints—the relationship that may ultimately be the most significant one addressed in Dancing With Crazy. In the book, Pearson discusses how her experiences with the church contributed to much of the pain in her life, yet the epilogue finds her wrestling in an intimate, revealing way with the institution and its teachings. “I am not a fan [of the LDS Church],” Pearson said, “but I have this incredible extended family [that is still active], and my relationship with them gives me that reality check. The rage I feel is astronomical. Yet I see people whose faith makes them better.”

Pearson is not surprised that coverage of her story has focused on her schism with the LDS Church, but she’s clear that she doesn’t want to focus her own energies there. Healing is more important, including the potential her story has for helping others. “I would hear people talk about awful things that happened to them that they’d never be able to get over, never be able to heal,” she said. “I’ve watched people around me be inspired by [my story].”

So now she moves on with a variety of projects, including serving as a producer on the planned film adaptation of her mother’s play Facing East, and continuing with writing—she also wrote the children’s book Ordinary Mary’s Extraordinary Deed—having made peace with the fact that she, too, could be a writer even though “that’s what mom did.” And she moves forward with a sense of humor that shines through even the most harrowing sections of Dancing With Crazy.

“That’s the part I really love,” Pearson said. “It’s been really fun … looking back on something I thought was going to kill me—literally kill me—and turning it into something funny.”