Certain artists are simply magnetic. They might be brooding, or they might be gregarious, but either way, they naturally draw fans their direction. Consider the mesmerizing Darwin Deez part of the gregarious, magnetic crew, thanks to his innate way with crafting sunny pop-rock songs, along with his predilection for busting out into synchronized dance moves at a moment’s notice. Growing up with an equal love of indie-rock like Jimmy Eat World and bombastic big-beaters like The Chemical Brothers, Deez somehow forged a style that shows off his influences without being too beholden to them. He calls his sound “a little bit Thriller, a little bit Dismemberment Plan.” If you’re a fan of either, you should give the magnificently coiffed Deez a chance. Fol Chen and Friends open the show. Kilby Court, 741 S. 330 West, 7 p.m., $10

Tribal Seeds
This San Diego crew blends some rock aggression with a love of roots reggae, and they’ve managed to turn the combination into a popular attraction across the United States and beyond. Tribal Seeds' most recent album, The Harvest, debuted at No. 5 on Billboard’s reggae charts. And that success led to tours with Matisyahu, The Wailers and Stephen Marley, among other like-minded acts. In The Venue, 219 S. 600 West, Salt Lake City, 9 p.m., $10 advance/$13 day of show


Ricky Powell
Ricky Powell first got into photography almost by accident, hanging out socially with the Beastie Boys before they blew up in the mid-’80s. When the trio did explode, Powell was along for the ride with his camera as they went to Florida with Run-D.M.C., toured the country on the License to Ill tour in 1987 and joined them on Lollapalooza in 1994. Naturally, his work expanded beyond the Beasties, and his shots of the likes of Jean-Michel Basquiat, Eric B & Rakim, Andy Warhol, The Wu-Tang Clan and Cindy Crawford have graced the pages of Rolling Stone, The Village Voice, Time magazine and more. Friday, he’ll be on hand for a show of his work. Fice, 160 E. 200 South, 8 p.m., free 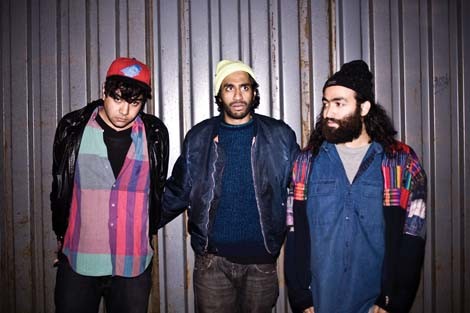 Last year, Brooklyn-based hip-hoppers Das Racist pulled off the unlikely coup of landing two albums on the Pitchfork Readers Poll hip-hop Top 10. Both Shut Up, Dude and Sit Down, Man are full of the crew’s winning blend of hilarious pop culture references and sly, subtle social commentary that first introduced the world to their sound on the tune “Combination Pizza Hut and Taco Bell” in 2008. And Das Racist isn’t simply in Park City to perform during the Sundance Film Festival; they also have a short film in the fest. In Who’s That? Brooown, band members Heems and Kool A.D. have to dodge a slew of obstacles, Frogger-style, to make their way to a concert where they’re filling in for Jay-Z and Justin Bieber. Fingers crossed a screening is part of the live show. The Sidecar, 333 Main, Park City, 9 p.m., $22.50

Monday Jan. 24
Robert Randolph & The Family Band
A Robert Randolph show can be a religious experience, and not just because the bandleader’s background includes a lot of gospel-steel guitar at his church back in Jersey. A mesmerizing live performer, Randolph turns whatever venue he’s playing—from tiny holes like Club Sound to broad spaces like Gallivan Center—into a sweaty, bluesy revival meeting. While he’s in town to play a semi-private Sundance gig, the public gets a chance to see Randolph in a venue that’s far too small for how popular the band’s become. In other words, it could be a pretty magical gig, despite, or perhaps because of, the steep cover charge. Star Bar, 268 Main, Park City, 9 p.m., $75 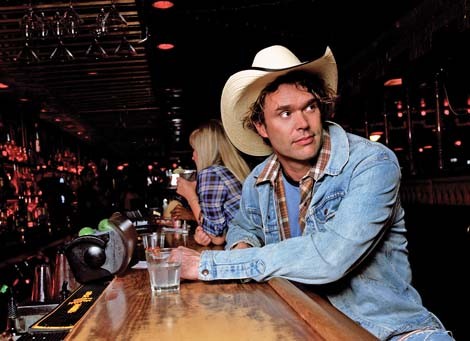 Corb Lund is no drugstore cowboy; he has family roots in ranching and rodeos that stretch back more than a century, spanning the West from his native Canada to his family’s old cattle farms in Utah and Nevada. For the past decade or so, Lund has established himself among cowboy-music connoisseurs as the real deal, a traditionalist with serious songwriting chops. Now that authenticity is helping him break away from cowboy-poetry gatherings (although he still plays many of them) into the mainstream thanks to releases like 2009’s Losin’ Lately Gambler. With a rootsy sound that’s a million miles from the polish of Nashville, Lund and his band have played places like England’s Glastonbury Festival alongside The Who and Australia’s Byron Bay Blues Festival next to Buddy Guy. Authenticity clearly knows no genre. Cisero’s, 306 Main St., Park City, 10 p.m., $10

Buckcherry
Buckcherry has always been a pretty entertaining throwback to an era when rock & roll bands at least tried to portray a dangerous and party-friendly image, so it makes sense they would sign on as headliner of the 2011 Jagermeister Music Tour to support their latest release, All Night Long. Joining singer Josh Todd and Co. on the tour are Hellyeah, All That Remains and The Damned Things. Great Saltair, 12408 W. Salt Air Drive, Magna, 7 p.m., $35 advance/$38 day of show