Through Jan. 14 @ The Gallery at Library Square 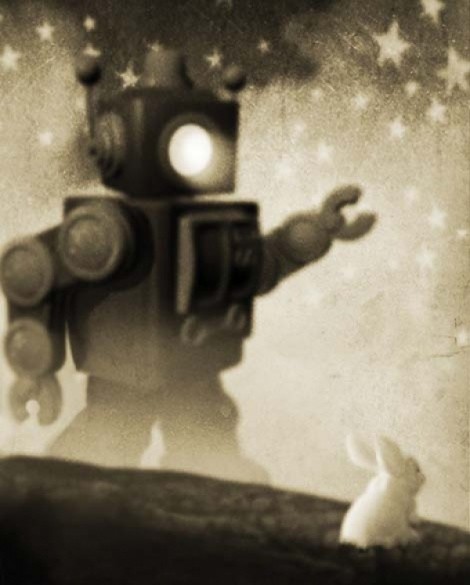 As an artist for local video-game company Smartbomb Interactive, Dave Laub is in the business of telling tall tales: helping them come to life and even attain a kind of “virtual” existence that at times seems to parallel the “real” world. So it’s no surprise that Laub’s digital collages are possessed of a fantastical imagination. As a longtime artistic resident at Poor Yorick Studios, his studio is the recipient of some of the most quizzical comments on the site’s biannual open night.

His monochromatic works resemble black-and-white movie stills—long-lens shots never quite in complete focus but capturing a hectic amount of detail. Amid the paranoia-provoking imagery, the sky itself is never quite settled but always at some level of a state of turmoil—perhaps a metaphor for a psychological state, as though the bizarre creatures that populate the pieces are given birth by pregnant clouds.

In these sepia-tone glimpses into another world, there is often the sense, akin to the Kansas scenes from The Wizard of Oz, that all hell is breaking loose: seahorses floating in the sky like birds, or gigantic robots towering above the townspeople (“Robot 1: Unknown System Detected” is pictured). If cinematic directors in the era of silent films had access to the special-effects technology of the new millennium, the result would probably look a lot like Dave Laub’s artwork. 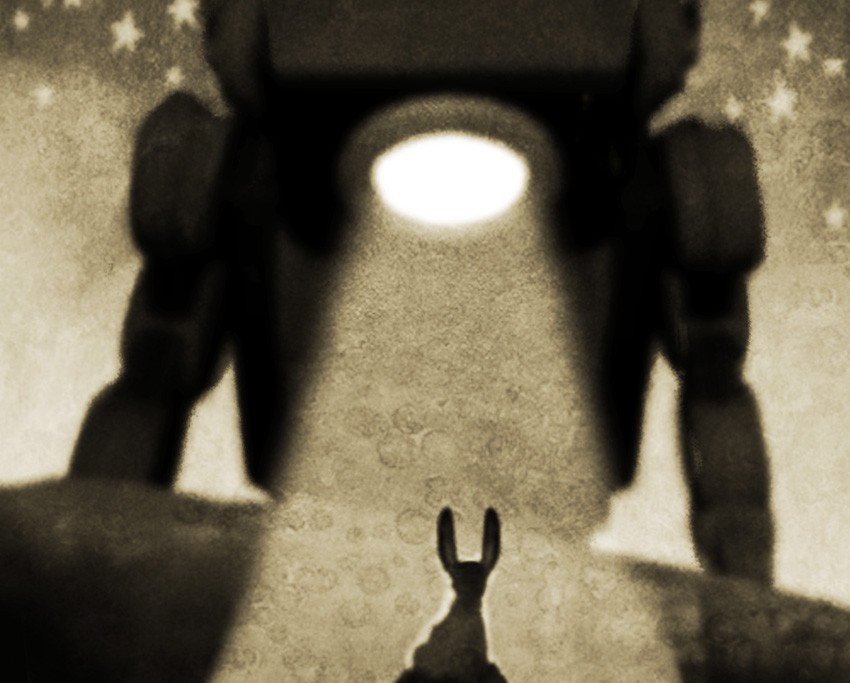