David Archuleta may be young, but his memoir still inspires. 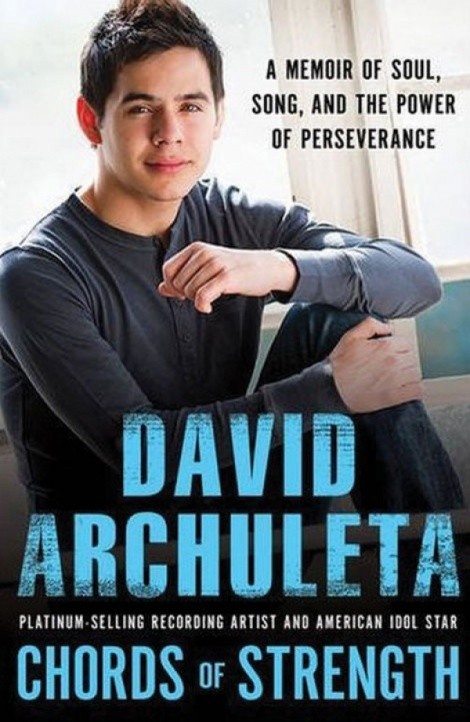 There was a time when the writing of memoirs was solely the bailiwick of old people. In those days, the autobiographer had to wait at least until middle age before amassing enough experiences to fill an interesting tome.

Ah, but now we live in an accelerated era, an age when a callow youth can find himself rocketed to national celebrity through the auspices of a popular TV talent show—and then go on to write a pretty damned good book about it.

Obviously, the June 1 release of David Archuleta’s Chords of Strength will elicit howls of amusement from literary naysayers. And, admittedly, the very idea that a young man not yet in his 20s—whose claim to fame is having been a runner-up on Fox’s American Idol two years ago—could dare publish a memoir comes as something as a shock. Even l’enfant terrible Augusten Burroughs, who ushered in the memoir craze of the past decade with his candid memoir of his bizarre childhood, had the courtesy to hold off publication until he was in his 30s. But, I say, screw those literary naysayers. The bigger shock for them will be that, despite his youth, Archuleta (with the help of journalist/ethnomusicologist Monica Haim) managed to come up with a personal account that is engaging, readable and even inspiring.

Archuleta is not the fame-hungry, celebrity-obsessed Hollywood child star one might expect. He comes across as a sensitive, introspective and bright young man. His earliest childhood recollections are richly detailed with images of scurrying lizards, homemade flour tortillas and duck-egg hunts within a warm familial milieu. Indeed, Archuleta has done his genealogical research and offers an account of the musical and spiritual journey that led his family to Utah.

It was in San Pedro Sula, Honduras, where missionaries from The Church of Jesus Christ of Latter-day Saints converted his grandmother, aunts and mother Lupe to the LDS faith. Lupe was only 14 when the family immigrated to Florida, and Grandma soon put her to work singing and dancing at various Miami venues.

David’s father, Jeff, was also no musical slouch, either, so when Jeff and Lupe married, they formed a very melodious family: Other consanguinities included a great-grandfather who was a big-band jazz pianist, a grandmother who sang in musical theater and a grandfather who was a member of a barbershop quartet. In fact, there must have been quite a panic on the Palm Beach music scene when Jeff accepted a (nonmusic-related) job in Utah.

The family was not wealthy, and had to sell most of its possessions at a garage sale to afford the trek. After arriving in the Beehive State, David’s family moved around a lot, bouncing from Murray to Centerville to Sandy while Jeff was employed in the computer-equipment biz. And, despite a rather rootless existence, this was when David began developing his musical abilities in earnest.

In fact, it seems father Jeff had the most profound influence on David’s career. It was he who introduced his son to a recording of Les Miserables—which inspired David to learn young Cosette’s “Castle on a Cloud”—as well as the wonders of Jennifer Holliday’s Tony Award-winning “And I Am Telling You I’m Not Going” from Dreamgirls. There were lots of songs like this, really, and even though the kid could belt out the high notes like anybody’s business, for some reason he never felt quite secure in his role as a young man who was into Broadway musicals.

Pre-performance panic attacks and a bout with vocal paralysis ensued— and it was only through faith, the support of his family and the power of prayer that David managed to go on. It really is an inspiring story.

Of course, Archuleta is no Augusten Burroughs. At 19 years old, the vocalist’s budding emotional sensibilities are still too fragile and his childhood traumas too recent to allow for Burroughs’ brand of brutally genuine, warts-and-all candor. At many points throughout the book, Archie’s tone becomes a bit guarded, as that of a writer who is too aware of his readership and, perhaps, courts too much the approval of fans, parents and religious leaders.

Still, these are youthful indiscretions, and we forgive him. His book is the work of a sweetly insecure, though very talented, young man. And, in the end, it is his fans—not snooty grad students—who will be the ultimate judge.

Count me as one who has become a fan.

CHORDS OF STRENGTH: A MEMOIR OF SOUL, SONG, AND THE POWER OF PERSEVERANCE
256 pages
$22.95 hardcover
Celebra
US.PenguinGroup.com