A MOTHER’S ODYSSEY
I was sick soon after David died, a bout with the stomach flu. While on the way to the bathroom, I passed out, falling to the floor so loudly that Rick was roused from sleep and came running to my side. He told me later that I was lying on the hardwood floor, not breathing, with my eyes open—staring straight up, unseeing. After yelling at me and shaking me (none of which I remember), Rick heard a sharp intake of breath and I rolled onto my side. I remember him wiping my brow with a cold washcloth, shepherding me back to bed and taking care of me through the night.

We were lying in bed watching an old movie a few days later when Rick asked what had been on both our minds since that event: “Would it have been OK if you had died?”

“Maybe,” I answered, and started crying.

After a few seconds, I explained, “I don’t spend my time thinking about it and wishing I were dead, but if it happened ... it would be OK.”

Just as softly, I replied, “Because I would be with David.”

As I cried, I attempted a mother’s explanation of something that is impossible to explain: “It’s just such a deep sorrow.”

After David died, I went on a fact-seeking odyssey to come to terms with his death and to confront my part in it. As mothers, we are our children’s first protector. We nurture, instruct and release our children into the world, but we never lose the instinct to protect. When a child dies before us, I can’t imagine a mother exists who does not ask, “How did I fail? What could I have done to save my child?”

I visited the doctor in Los Angeles who had “outed” David in June 2012. We spoke at length about the problems involved in addiction generally, and the missteps with David’s situation in particular. There was no sugarcoating, no avoiding the word “addict” this time. David’s actions—taking five pills at a time, contrary to the prescription directives, and doctor-shopping—were textbook indicators of addiction. Any physician, when confronted with those facts, the doctor asserted, should know to withhold further painkillers unless trained in addiction therapy. He made it clear that addiction is a condition separate from the pain for which an opioid is initially prescribed, and must be treated separately.

I also spoke with David’s doctors in Seattle, where he had moved following the intervention-that-wasn’t. They, too, had recognized the need to help David ease off the addictive painkillers.

David and his Seattle primary-care doctor had discussed alternatives to Percocet and other addictive meds, trying one and then another when the first did not provide relief. David also had a surgery consult to address his herniated discs and congenital back issues. It was obvious that, six months before he died, David was trying to right himself.

Then, however, the December holidays arrived, as well as David’s 30th birthday on Dec. 17, and with them another visit home to Salt Lake City—and another visit to trusted family physician Dr. Smith for more pain pills.

Sixteen hours later, with 13 of the 90 pills missing—consistent with David’s history of taking five pills at a time, three times a day—David was dead.

David had been out to dinner with friends Dec. 19 and, as the autopsy showed, had a small amount of alcohol in his bloodstream, equivalent to two glasses of wine.

Even with that and the oxycodone, David’s cellphone reveals that right before he died, he had very lucidly been texting Ashly. He sent her a picture of a purse, inquiring, “Do you want this? It’s small, the flaps close with magnets, you can put your ID picture-side out on the sideways flap, put your wallet in there, etc....”

Ashly answered with: “Yeah!! Thanks baby!!”

He must have died a short time after that, as when I found him, the red purse was still in his grasp.

According to the medical examiner, in these situations, the deceased likely goes to sleep and just stops breathing. As CNN medical correspondent Sanjay Gupta said during his interview with former President Clinton: “People who take pain or sleeping pills and drink a couple glasses of wine are playing Russian roulette.”

David certainly didn’t know that. And as Clinton said: “Look, no one thinks having a few beers and an Oxycontin is a good idea, but you also don’t expect to die.”

WHERE DO WE GO FROM HERE
David was beloved for his creative talents, but also for his kindness and humility, his sparkle and giggle. Following his death, his Facebook page filled with literally hundreds of expressions of grief and love. Friends, fellow musicians, actors and others who knew him only peripherally but were nevertheless touched, wrote about him: “I’d run into David every now and again, and the joy and depth and warmth he radiated was as beautiful a thing as has ever been produced. It is a rougher world without him. And another: “If creating beauty is hard, David made it look easy: He could do it on the back of an envelope, with a deck of cards, at the dinner table, in a song, on film, or onstage. To know David was to love more, and to merely see him was to feel better.”

I could copy hundreds of these and never capture the love David inspired in all of us, or the sorrow at his passing. 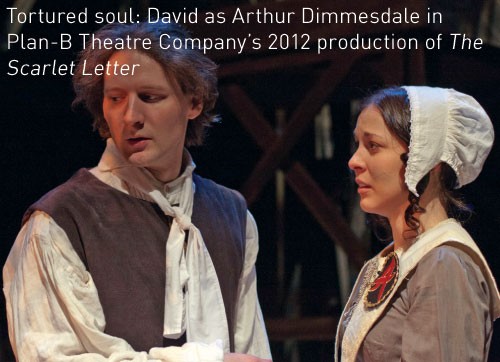 But while David is dead, others can be saved. Doctors’ excuses that patients cause their own deaths by ignoring instructions on the safe use of medications, or accusations that a deceased’s family members and friends could have intervened but didn’t, should be seen as just that: excuses. To suggest that it’s the fault of the addict, whose brain chemistry has literally been altered by the drug the doctor prescribed, is deflecting blame and contributing to the very shaming that makes it difficult for an addict to seek help in the first place. Now is not the time for excuses; it is a time for responsibility.

Prescription practices must be changed to acknowledge the addictive character of the drugs and the appropriate uses. Dr. Michael Von Korff, an epidemiologist in Seattle and a member of Physicians for Responsible Opioid Prescribing, asserted in a Salt Lake Tribune article that “there’s no evidence these drugs are effective at managing chronic pain. ... These are treatments that should be used selectively, with great caution and at low doses.”

CODA
On Dec. 17, 2012, David turned 30 years old. In the birthday letter I wrote him, I said: “David, I can’t tell you how much I love you, and how proud I am of the life you’re living. You are a talented, honest, loving, considerate partner, brother, and son. How lucky I have been to be a part of your adventures! Here’s to a new era of growth in love and professional and creative successes. This decade you will do great things; of that I am certain.”

The David Ross Fetzer Foundation for Emerging Artists—or simply The Davey Foundation—was created in David’s honor to continue his work of promoting the innovative art of other young artists. It will be forever a testament to his vision, to his sense of responsibility to others and to his belief in community.

So many of us look to his example in hopes to live our lives with more purpose and more passion; to become better people. His death has robbed us of a lifetime of beautiful stories, plays, movies, music and humor. On April 7, 2013, David Ross Fetzer was nominated for Best Actor in the Victoria Texas Independent Film Festival, alongside Rutger Hauer (Blade Runner) and John Hawkes (The Sessions). He would have been honored had he known.

Beginnings and endings are important in stories and in life. I brought David into this world. I believe it was no accident that he returned to Salt Lake City—home—and it was here that he died. That I, his mother, was the first to see him after he had crossed that threshold; the first to hold him, not entirely cold; the first to cry for him.

And now it is left to me to tell the story of his life well lived, and of his tragic and unnecessary death, in the hopes that a doctor, or another David, or even an industry, will change course. 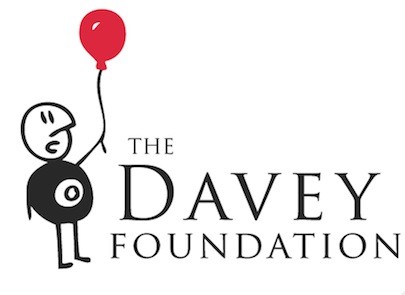 A  TALENT  PRESERVED
The David Ross Fetzer Foundation for Emerging Artists (The Davey Foundation) was created shortly after David’s death to honor his artistic vision and to provide the funding and mentoring necessary to help other artists pursue their creative dreams. Two grants will be awarded to playwrights and one to a filmmaker.

The second theatre grant is for a weeklong mentoring with professional actors and directors in conjunction with Salt Lake Acting Company and an opportunity to further develop the chosen script, culminating in a reading on a SLAC stage in August 2015 as part of SLAC’s 2015 staged play productions. Submissions will be accepted beginning Sept. 15, 2014.

The film grant will consist of a monetary award to a filmmaker to go toward the completion of a short film that will premiere in Salt Lake City in December 2014. Calls for submission will go out Jan. 15, 2014.

Betsy Ross is a Salt Lake City attorney and writer.