David Huebner, the U’s lead investigator for the “Gay and Bisexual Utah Survey for Men” 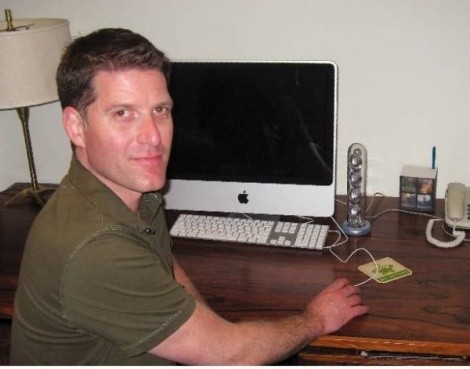 David Huebner is an assistant professor of psychology at the University of Utah and the U’s lead investigator for the “Gay and Bisexual Utah Survey for Men” (GUS), the first health survey in Utah to focus on the demographic of gay and bisexual men. It will be distributed at this weekend’s Utah Pride Festival (June 5-7), including at City Weekly’s booth. For an added bonus, you can go to the GUS Website (www.Psych.Utah.Edu/Gus) and view a sexy hunk—not exactly what you’d expect to see on a U of U Web page.

What does a gay men’s survey accomplish?

It’s an important way to get a picture of what’s going on in terms of risk and resilience among gay men. [Then,] you can point to places where there are needs for more research or services. Then, you can make a much better case to organizations like the Centers for Disease Control or National Institutes of Health to bring money to either study or solve problems.

Why hasn’t this demographic been included in other health surveys?
Often, you find that states collect health data from their population, but if they don’t ask about certain demographics or groups, then you can’t learn about those groups. Unfortunately, in most large-scale public-health studies, the [sexual orientation] question never gets asked. So, the next best thing to do is a targeted study of a group that we know very little about.

What does the survey focus upon?

It asks about sex and sexual behavior, and romantic relationships. It asks about substance abuse. It asks about mood and depression, access to health care. It asks lots of questions about people’s experience with discrimination and mistreatment. And also about their awareness of services available to them. For example, we ask “Do you know you can get [HIV]-tested at the Salt Lake City Health Department?”

Who in his right mind would divulge answers like those?
The biggest thing we try to educate people about is that their participation is anonymous. We don’t ever collect names. It’s a paper-and-pencil survey they can take home with them. Their answers are between them and a questionnaire.

Where can a gay fella find this survey?
It’s going to be all over Pride. We’re going to have outreach workers carry it around. That will start on Saturday, June 6. That’s also the day were launching the Website. We’re also going to be doing outreach through our community partners in bars, bookstores, e-mails [and] listservs.