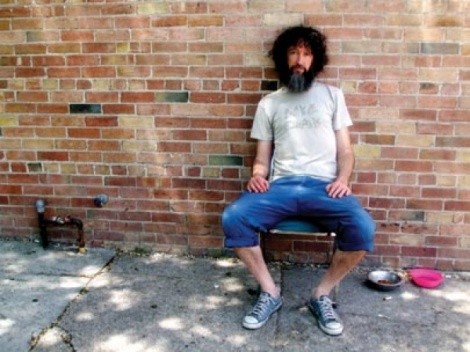 It’s nine days from the Salt Lake City Film Festival screening of The Parade, and David Williams is scrambling to finish the score to director Brandon Cahoon’s coming-of-age tale set in a small Utah desert town.

Williams has been working on the music—his first scoring effort—since meeting Cahoon this spring, and while the initial rush of matching music to film “seemed really natural,” time is getting tight, and Williams admits to feeling the pressure “now that I’m in the final part, having to pound pieces into place. I’m under the gun.”

The gun got bigger a few hours after we chatted about Williams’ foray into film, thanks to a hard-drive crash that took months of work down with it. Thankfully for Williams, Cahoon and everyone who will be seeing The Parade this weekend, the music files were recovered and the show will go on (although it was a nice thought imagining Williams performing the score live as Cahoon’s film unfolds on the big screen).

The last-minute stress is probably to be expected, and it sounds like most of the process was remarkably smooth, especially considering Williams and Cahoon didn’t even know each other six months ago.

They met when Cahoon was talking with Slowtrain’s Chris Brozek about his struggles to find the right musician to work with on The Parade. After describing the remote desert setting of his movie, Brozek put Williams’ 2009 album Western Interior Seaway on the record shop’s sound system.

“By track three, I had Chris texting David to see when he was playing live next,” Cahoon says. “I was so amazed at how Chris could hear me say the movie takes place in the desert, and he matches me up with a guy whose music speaks to the mystery and ambience of the desert, the ghosts that roam out there and the spirits.”

Cahoon watched Williams play the Tin Angel Café a couple of nights later, and knew that he’d found his man as he watched Williams deliver the intricate guitar playing he’s known for, eyes shut and seemingly oblivious to the noisy restaurant environs.

The opportunity came at a perfect time for Williams, who’d been mentioning to friends that he wanted to get into film scoring. Cahoon gave Williams a DVD of The Parade stripped of the placeholder music Cahoon had been using because, Cahoon says, “I wanted a musician to take the story and interpret it himself, musically.”

Williams started recording on the fly, playing along to the scenes unfolding on the DVD.

Watching a movie and playing seemed really natural,” Williams says. “It was actually a lot easier than just writing a song. I did write some songs for this movie, and they’ll be released on the soundtrack, but I found the initial part of coming up with ideas way easier than writing songs. I feel like maybe I’m more naturally inclined to write scores.”

The soundtrack will most likely end up with three new Williams songs, plus the score, once he’s finished with it, and you can hear one of those tunes, “Volcanos and Mirrors,” at the movie’s Website, ParadeTheMovie.com.

While both Williams and Cahoon scramble to get the newly scored version of the film ready for this weekend’s two screenings—where Williams will play afterward—they’ve already started collaborating on new projects. Cahoon followed Williams on a California tour, filming hundreds of hours of footage, and another Cahoon feature in the works will have Williams’ distinct sound on it eventually.

“This is pretty unique,” Cahoon says of his new working relationship. “We’re pretty good friends, and we got to be friends pretty quick.”