The concepts behind Codes & Keys 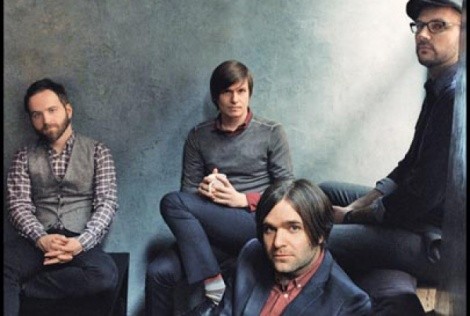 Calling City Weekly from Alpharetta, Ga.—60 miles from where Death Cab for Cutie had their asses handed to them (twice), Death Cab guitarist and producer Chris Walla doesn’t wanna talk WhirlyBall. He doesn’t even like it.

In 2008, Death Cab filmed a dozen MTV spots and one music video where they played the hottest sport on the planet: WhirlyBall. They’ve even faced Team Chunklet (staffers from the Georgia-based snark rag) and been declared by Chunklet publisher Henry Owings as one of only three worthy opponents they’ve faced in their so-far undefeated existence. “Death Cab was one of the better ones, but not the best,” says Owings. “That’d be Arcade Fire. Easy.”

But that’s OK; we found a few other things to discuss.

No Walla-Watch?
Last time we shot the proverbial substance with Walla, Canadian customs agents had confiscated and held the master recordings for Walla’s solo album Field Manual for no good reason. Did this heinous deed result in his placement on terrorist watch lists? “I don’t think I landed on any lists … That couple of weeks was really tedious and kinda stupid, but it all turned out all right. Everything’s cool.” The worst that happened? “[They always tell me my] passport’s in really bad shape. Well, I’ve had it in my pocket for, like, six years.”

The Marginalized Guitarist
Death Cab’s new album, Codes & Keys, is noted for having less guitar than previous releases. How does Walla feel, being marginalized in his own band? “It was kinda my idea.” The guitar, he says, is a “really immediate, really impulsive instrument.” DCFC’s last record had that vibe because Walla put everyone in a room and had them play live. This time, he wanted to slow the process down and create a more considered album. The guitar, then, had to fill a different role. “[It was a matter of] taking control of that process and making the guitars the punctuation on the sentence rather than the sentence itself.”

Bedazzling or Befuddling?
A major influence for Codes & Keys is Orchestral Manoeuvres in the Dark’s (OMD) 1983 album Dazzle Ships. “[It] was a big chunk of the inspiration for this record. Weirdly, it almost ended their career when they put it out.” The problem, Walla explains, is that OMD’s record label wanted hit singles, and Dazzle featured mostly experimental “bizarre … patchwork” music. Without making a direct comparison to Codes, Walla notes that Dazzle is the album “everyone points to as [OMD’s] magnum opus. It’s really a gorgeous album. It’s daring and it’s weird and it leans a lot on the paranoia of the Cold War.” It’s interesting because Codes has gotten reviews on both ends of the spectrum.

Death Cab for Lucie?
Speakin’ of paranoia, City Weekly asked Walla if Codes & Keys is, as the title may allude, laden with backward messages from Satan.

“Uh … I don’t think there are any,” he says, before quickly correcting himself. “There are a couple little backward bits, where I flipped the tape over. If you play ‘Underneath the Sycamore’ backward you [hear] pieces of the string parts from ‘Codes & Keys,’ but that’s about it.”

That’s it? Come on, man. You’d be the perfect band to revive puttin’ devil stuff in rock & roll—nobody would see it comin’.

“We’ll get there at some point.”

“Oh, I didn’t realize that was the case,” Walla says upon learning WhirlyBall’s Salt Lake City origins and that the Mangums continue to manufacture all the original equipment here for their franchisees. “That’s awesome,” Walla says. But it changes nothing. “I have never played WhirlyBall, and I don’t really enjoy [it]. But my band has played off and on, yeah.”