Deep End | A Battle for the Ages: The gender wars were nothing compared to the epic intergenerational conflict of Obama vs. McCain | Deep End | Salt Lake City Weekly

Deep End | A Battle for the Ages: The gender wars were nothing compared to the epic intergenerational conflict of Obama vs. McCain 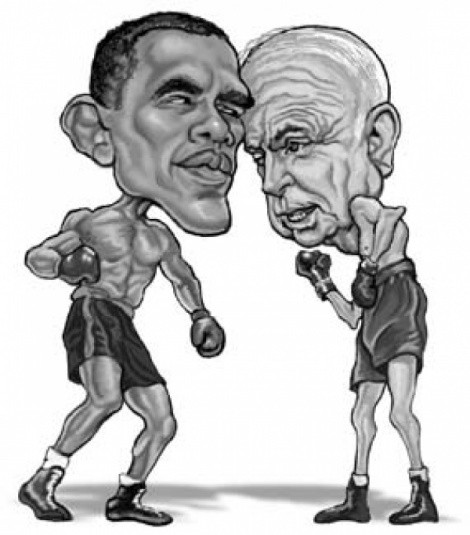 Presidential elections are always more fun when contestants are playing out some universal struggle.

Kennedy versus Nixon was the classic conflict between the cool guy and the creep. Eisenhower versus Stevenson represented the recurring battle between the man-of-action and the ineffective intellectual. In Reagan versus Carter, the movie star crossed swords with the man of God. Bush I versus Bubba Clinton became country club against country boy.

When Clinton ran for re-election against old Bob Dole, the contest was framed as draft-dodger against war hero. But a secondary theme was always in the background, and occasionally thrust its way into the campaign—this was the most universal, yea, mythic conflict of all, namely, flaming youth against crabbed age. This corollary conflict was distinctly to Clinton’s advantage. Set against the desiccated Dole’s crotchety impotence (Dole later made erectile dysfunction a household word in his groundbreaking Viagra commercials) Clinton’s history of clumsy sexual overtures was excused as youthful exuberance.

It is the mythic theme of flaming youth versus crabbed age that will define the upcoming contest between Barack Obama and John McCain.

Up till now, of course, the prevailing conflict on the Democratic side has been the never-ending and always bitter Battle of the Sexes. Even before the contest narrowed to Mrs. Clinton and Mr. Obama, this battle was center stage. Mrs. Clinton seized every opportunity to cast herself as the beleaguered girl belittled and bullied by the boys.

There she was in those interminable debates, the plucky gal in her no-nonsense pantsuit surrounded by the male-chauvinist oafs in their matching blue pinstripes and red neckties. Most famously, Mrs. Clinton played the damsel in distress just prior to the New Hampshire primary. She was almost down for the count, and the impending defeat would have ended her once inevitable procession to Pennsylvania Avenue. The tears in her eyes and the catch in her voice produced a flood of sympathy among the weaker sex of New Hampshire and propelled her to a stay-in-the-race victory over that insubstantial pretty boy Barack Obama.

Now that the race has dwindled to a mano a mano death match between Mrs. Clinton and Mr. Obama, the battle between the sexes is in full cry. The Clinton camp still plays the race card from the bottom of the deck whenever it looks like Obama will walk home with all the chips, but the epic struggle between the male and female of the species still fuels Mrs. Clinton’s bitter campaign.

The former first lady is smart enough to know that she doesn’t make a very credible delicate flower. So she portrays herself as a macho gal (still more Golda Meier than Maggie Thatcher), a commander-in-chief-in-waiting, ready on Day 1 for the middle-of-the-night ring of the red phone. Predictably, the fudge-prone Mrs. Clinton (too many years hanging out with fibbin’ Bill) overreached with tales of dodging sniper fire in Bosnia.

The continuing power of the ancient female grudge against men is breathtakingly evident in the fierce support Clinton, despite her nasty and mendacious campaign, still summons from women of a certain age. Identifying with Hillary, these women feel jilted by a society that didn’t deliver on the feminist do-over. Younger women are past all that and have aligned themselves with Obama in the more elevated struggle of youth against age.

In the natural scheme of things, the conflict between young and old trumps the battle of the sexes. Which brings us to the coming contest between young Mr. Obama and old Mr. McCain. Never in American electoral history has the battle between flaming youth and crabbed age been as pronounced. Age was indeed an issue with the elderly Ronald Reagan, but his opponents were rather sleepy middle-aged guys.

Nevertheless, the senex factor did rear its grizzled head, only to be swatted away by the Great Communicator, who had a great head of hair, even greater than favorite son Mitt Romney. Mr. McCain’s stringy white comb-over is the very essence of senescence. Furthermore, the Gipper was a nice old man; Mr. McCain is a mean old man, and a foul-mouthed one at that (he’s even more famous than Mitt, his future running mate, for dropping the F-bomb.)

Once Mr. McCain and Mr. Obama appear together on the same stage, the contrast between flaming youth and crabbed age will be too painful to watch. Even if he somehow survives one debate, Mr. McCain may well decide to slump into his La-Z-Boy and let young Mitt enter the fray.