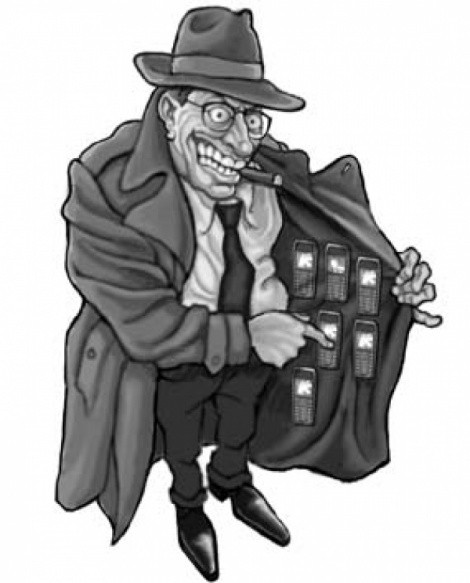 Davis County prosecutors say they do not want to “rush to judgment” in bringing charges against the 18 teenagers who exchanged nude photographs of themselves on their cell phones.

“We are spending as much time as possible poring over these nude photos of 12- to 14-year-old kids,” said Ronald Dunn, the deputy county attorney in charge of the case. “It would be easy enough to destroy these photos and spare these kids public embarrassment,” added the crusading county attorney. “But we have a higher calling, and that is to examine these photos as carefully as possible. We don’t waste a lot of time looking at elbows or ear lobes or other body parts. We’re focusing all our attention on close-ups of boy and girl genitals.”

The conscientious prosecutors argue that they want to be as fair as possible in bringing charges against the young teenagers. Accordingly, they are building the largest possible consensus on the matter by inviting all public officials in Davis County to participate in the decision-making process.

“We’ve tried to accommodate as many interested parties as possible,” said county attorney Dunn. “You can’t imagine the shock and outrage. People want to see what all the fuss is about with their own eyes, and we think it is our public duty to let all public officials see for themselves. So great is the outrage over young teenagers sending nude photos of themselves via their cell phones that we’ve had people lined up for hours waiting to take a look at the photos and express their shock and disgust.”

So shocked and disgusted, in fact, are viewers that they sometimes refuse to budge from the specially designed cubicles in which the photos are displayed (the latest technology, according to Mr. Dunn, has been used to enhance the photo quality for the viewing comfort of examiners).

The public outcry has been so great that county officials are working on various schemes to allow ordinary citizens the privilege of seeing the photos and expressing their own shock and disgust. A lottery has been suggested, as has an essay contest in which entrants state in 25 words or less why they will become better persons as a result of getting an eyeful of naked teens. A plan to put the photos online was scrubbed when it became evident that it would be difficult to limit the viewing pleasure to mature, thoughtful adults.

“We think it is unfair for the pubic—excuse me, I mean the public—to be teased and titillated by all the talk of nude teen photos,” said prosecutor Dunn. “Science has taught us that it is unhealthy for certain kinds of tension to build, gather and increase without providing a means of pleasurable discharge. The last thing we want is for ordinary taxpayers to get so frustrated that they go online and look at porno in the privacy of their own homes. It’s far better to provide a safe atmosphere to channel all those urges into a satisfying discharge of shock and disgust.”

In addition to promoting the psychological well-being of their taxpayers, Davis County officials are hoping to bring in a bit of revenue by sponsoring a contest in which competitors match wits by matching teen body parts to teen faces.

“This will kill two birds with one stone,” said the diligent Mr. Dunn. “I can’t tell you the number of hours we’ve spent trying to match teen body parts to teen faces. I’ve practically gone blind in the process! We’ve also brought in expert physiologists who will testify in court, pointing out the inextricable connections between types of genitalia and types of faces.

“But if we could augment their conclusions with results gleaned from a public matching enterprise, we could save taxpayer money as well as strengthen our case against the naked teenage malefactors.”

Asked if he thought prosecuting 12- to 14-year-old kids for fooling around with photos might be injurious to their psychosexual development, Mr. Dunn grew philosophical.

“No, I don’t think so. The sooner kids learn that genitalia are not playthings, the better. In a perfect world, none of us would have genitalia, and we could find a cleaner way of propagating the species. I wish kids nowadays would use their cameras to take pictures of themselves desecrating religious shrines, like those playful missionaries over in Colorado. That’s what I call good, clean fun.”