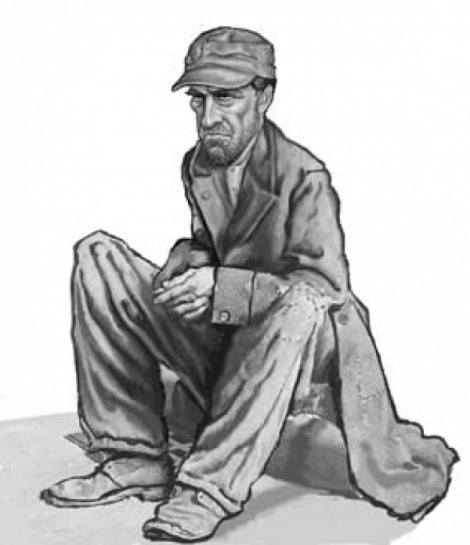 For several exhilarating months, Mitt Romney was in the limelight every single day, dazzling the adoring multitude with his can-do spirit, his conservative principles and, most of all, his glorious hair. Then, suddenly, he was gone. No one thought it would happen. Mitt was so obviously the perfect man for the presidency, so telegenic, so full of rectitude, such a shining example of Republican virtue.

For years to come, scholars will seek to plumb the mystery of his demise and how it came to be that the Republican electorate did not sustain his authority and place him at the head of ticket. For the moment, all of us who love and admire Mitt will just shake our heads and dream of what might have been.

Up until now, my former missionary companion has declined all interview requests, preferring to find solace and comfort in the bosom of his family, loyal friends and trusted retainers. I told Mitt that I was there for him if he ever needed me, but I didn’t want to take advantage of our long association by thrusting myself forward to tell his story to the world.

So, I was pleasantly surprised when I got a call last week from Mitt saying he wanted to get a few things off his chest. Mitt has been in seclusion in his Park City home, venturing outside only to take lonely walks and shoot various varmints that happen to disturb the tranquility of his beautiful surroundings. We agreed to meet the next day at the High Mountain Drug store in Kamas, where we knew we could converse in relative peace and quiet.

There was the usual assortment of locals gathered at the soda fountain when I stepped from the cold late-afternoon air into the welcoming warmth of the High Mountain Drug. Earl “Bud” Pratt, a retired rancher, was reminiscing over a cup of lukewarm coffee with Marlin Jacobson, who lost his right hand 35 years ago at the sawmill. Arlene Muir and her daughter Edna, who never married, were arguing about who should get the last piece of their shared berry pie.

At first, I didn’t recognize the bearded man in a greasy baseball cap warily sizing me up from the booth back by the pharmacy. It was the kind of stare you get from cowboys suspicious of tinhorn strangers. I quickly looked away and began browsing the impressive collection of church books for sale over by the hunting knives and implements for castrating sheep.

“Elder Sorensen.” It was an urgent whisper, and not until I looked the speaker in the face did I realize it was my old friend Mitt. Before I could exclaim, “Mitt!” he had grabbed my arm and steered me back to the booth.

The transformation was shocking. Mitt told me his bishop had called him in to urge him to shave, but he resisted, citing the safety of disguise. “It’s such a relief to find my true self,” Mitt said with his trademark urgency. “I’m doing all the things I’ve always wanted to do—things like taking a watercolors class and getting involved in a clogging group over in Heber. Ann thinks I’ve lost my mind but, hey, you only live once.”

I tried to steer the conversation to the presidential race—what had gone wrong in his own campaign, what he thought about John McCain, who would win the Democratic nomination, who was the hottest of the female television reporters.

“I know you won’t believe me,” Mitt said in a conspiratorial whisper as he leaned across the cracked Formica tabletop, “but I haven’t watched the tube since I suspended my campaign. I couldn’t care less about who wins, though I don’t think McCain has a chance against either Hillary or Obama. And Nora O’Donnell is really hot, by the way.”

Though Mitt claimed to be so totally not interested in politics these days, he became exceedingly testy—the way he used to in the mission field when some supercilious Frenchman bettered him in a theological argument—at the mention of Jon Huntsman Jr., now being considered as John McCain’s running mate.

“What’s he got that I don’t!” Mitt said, his voice raising enough to invite attention from the folks at the soda fountain. I tried to calm him down, but he became so agitated that he bolted from the table and stormed out the door.

I was relieved, certain that Mitt would soon give up clogging and return to public life.