Detention of the Dead, Fatal Call 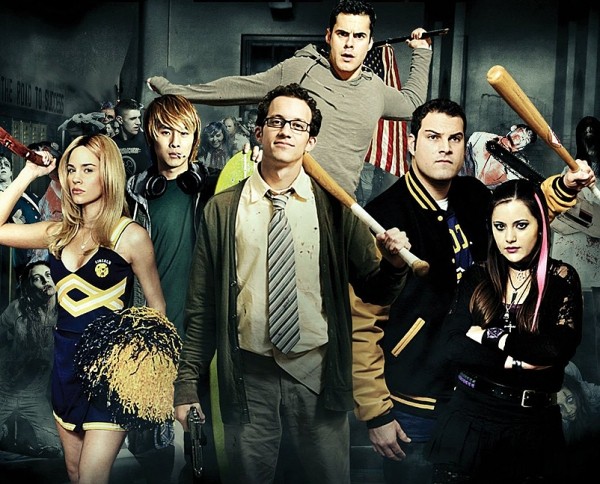 Detention of the Dead
A mismatched group of high-schoolers in detention must fight their way out when all of their classmates mysteriously become zombies. If you liked The Breakfast Club and Shaun of the Dead … maybe watch those, instead. (Anchor Bay)

House Party: Tonight’s the Night
In the fourth(!) sequel to the 1990 classic, two high school rapper bros throw a, you got it, house party—but one of the bros is grounded! Can the other bro break him out in time for the party of the year? No. The end. Sad trombone. (Warner Bros.)

Hunky Dory
In the summer of 1976, a feisty music teacher (Minnie Driver) inspires her students to put on a glam-rock-opera version of The Tempest, using the tunes of David Bowie, ELO and the Beach Boys. Basically, Glee with nonhorrible music. (Variance)

Redline
It’s like Speed on a subway! Or Speed 2 without water! A terrorist sends a crowded subway train speeding out of control—and there’s also a bomb on the train! And suspicion! And racial unrest! So many stoopid layers! (Screen Media)