Diff'rent Strokes, Good Will to All Folks 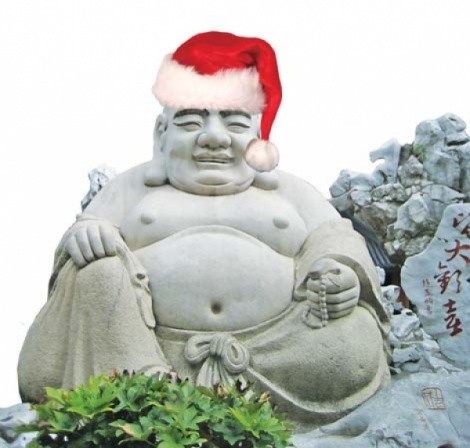 According to ReligiousTolerance.org and Adherents.com, Christianity, with a 33 percent slice of the population pie, is the largest religion in the world—except that leaves 67 percent of the world worshiping other gods. Islam ranks second (and gaining—gasp!) at 21 percent, followed by secular/nonreligious/agnostic/atheist at 16 percent. Christianity is by far the largest faith in the United States, at 76.5 percent (up 5 percent from 1990-2000).

Does that mean the other 24.5 percent have to jump on the bandwagon and forsake the 12-16 different holidays they celebrate between late November and December 31?

Of course not. Nor should they rope themselves off from the rest of us during this festive time, and they don’t. In fact, those whom City Weekly interviewed had unsurprisingly enlightened views of Christmas.

Hirano says the essence of the Christmas spirit is the essence of Buddhism: selfless giving, peace on Earth, goodwill toward man. “If you practice mindfulness, you’re [aware of] the similarities of our traditions rather than the differences.” A life of gratitude is another Buddhist fundamental. Without Christianity, Hirano’s family wouldn’t have come to Salt Lake City 100 years ago. “Therefore, I am extremely grateful for Jesus and happily … celebrate Christmas.” Hirano exchanges gifts, pigs out, and listens to “almost nothing but holiday music from Thanksgiving to Christmas.” Last year he attended midnight Mass at the Cathedral of the Madeleine. “It was beautiful ... a very different way of expressing gratitude.”

Jewish
Thanks to South Park and Adam Sandler, most Gentiles know about Hanukkah—even if it’s just the basics: not Christmas, eight crazy nights, menorah, dreidel-dreidel-dreidel. Serving “every Jew in our midst,” Congregation Kol Ami Synagogue (2425 Heritage Way, Salt Lake City, 801-484-1501, ConKolAmi.org) merges Reform and Conservative Judaism. On Christmas, they’ll hold a Kabbalat Shabbat service at 5 p.m. Chabad-Lubavitch of Utah (1760 S. 1100 East, 801-467-7777) will also hold Shabbat services at 6 p.m. on Dec. 25. Says C-L Rabbi Benny Zippel, being a minority in mostly Mormon Utah heightens his sense of “the privilege and the responsibility to observe and to share the beauty of our heritage.”

Muslim
Muslims’ corresponding holiday Eid occurs “twice a year,” says Sharifa Kudiya with the Islamic Society of Greater Salt Lake (UtahMuslims.com). Eid al-Fitr lasts for three days in late summer, beginning after the holy month of Ramadan and celebrating the end of that fast. Eid al-Adha occurs at the end of Hajj, marking the pilgrimage to Mecca, in late November and lasts as long, sometimes longer. For both, Muslims gather with loved ones and exchange “gifts or cash.”

Atheist/Agnostic
Atheism is simply the absence of religion—they still like to party. My wife is atheistic, I’m agnostic. We played Santa for our kids because it’s fun but now we tweak the holiday to suit our sensibilities and whims. Last year, that entailed using a zombie mask for the star topper on our Christmas tree. Otherwise, it’s presents, candy, gram-gram and warm fuzzies. Not necessarily in that order. Ironically, the Atheists of Utah’s weekly “Godless Coffee in Zion” (Mestizo Coffee House, 641 W. North Temple, 7-11 p.m., AtheistsOfUtah.org) will be blocked by Mestizo’s early closure on Xmas Eve.

Hindus
“Very often people ask me, ‘Do you celebrate Christmas?’” says Indira Neelameggham, office manager of the Sri Ganesha Hindu Temple of Utah (1142 S. Jordan Parkway, South Jordan, 801-254-9177, SGHTU.org). “It’s a little annoying.” Hindus celebrate Diwali, the festival of lights, which wrapped in October. However, Indra says that since Hindus live in a predominantly Christian country and feel the “festive season of good cheer is important—very much,” they “get into the mood” with gatherings, gifts and a Hindu tannenbaum called the Tree of Plenty.

Wiccans
Rev. Heron of The Church of the Sacred Circle (3464 W. 3800 South, West Valley City, 801-613-VENUS, SacredCircleChurch.com) stresses Wiccans “vary wildly” but most recognize the winter solstice (Dec. 21). On the longest night of the year, “We light candles to celebrate the renewal of the light in our lives as well as within the sun itself.” Heron’s family observes a Scandinavian tradition where her 9-year-old daughter wears a crown of candles and restores light to the household. Though most of Heron’s circle spurn materialism, “My kids don’t!” Mom gifts on the solstice, then the grandparents do it Santa-style on the 25th. That’s cool with Heron; she’s taught her children altruism. “We’re a small village … helping each other to survive.”

Krishnas
Caru Das of Spanish Fork’s Sri Sri Radha Krishna Temple (311 W. 8500 South, Spanish Fork, 801-798-3559, UtahKrishnas.com) tells us Krishnas mark Christmas with a vegetarian feast where they discuss Christ’s teachings. “[We] glorify him with a gentle diet of vegetarianism because… it’s a contradiction to kill innocent creatures to celebrate the prince of peace.” 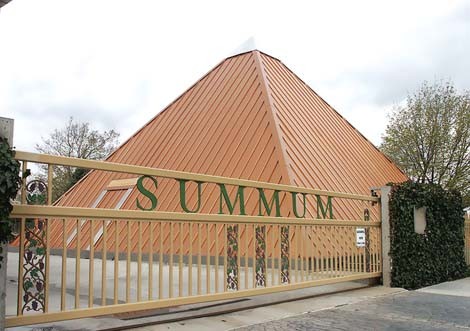 Summum
The late Claude “Corky Ra” Nowell (aka Summum Bonum Amen Ra) founded Summum here in Utah. Followers emphasize revelatory experience over faith and obedience, practice mummification, and homebrew awareness-heightening alcoholic “Nectar Publications” in their pyramid (707 Genesee Ave., SLC, Summum.us)—Utah’s first federally bonded winery. Ra once wrote “Christmas is such a fun time!” in an essay pondering the absurdity and excess of Xmas lights—and why he repaired his own blinkers at 2 a.m. “Why couldn’t I be… grilling hamburgers and mailing them to [Ethiopians]?” gets our vote for Most Sage Religious Utterance Ever (in Utah). The church’s Su Menu tells City Weekly “we decorate the outside trees and inside the pyramid” and “gather with family and friends throughout the year.”%u2028

Christian, Kinda
Some Christian-type churches aren’t in step with the rest:
• Unitarians celebrate the spirit of Jesus, believing every birth a miracle. Says the Rev. Tom Goldsmith, “Christmas means, for us, the birth of an extraordinary life, dedicated to radical forms of love, compassion, and justice.” (First Unitarian Church of Salt Lake City, 569 S. 1300 East, 801-582-8687, Slcuu.org)
• Jehovah’s Witnesses, while Christian, don’t celebrate Christ’s birthday. But they don’t celebrate their own birthdays, either. (Watchtower.org)